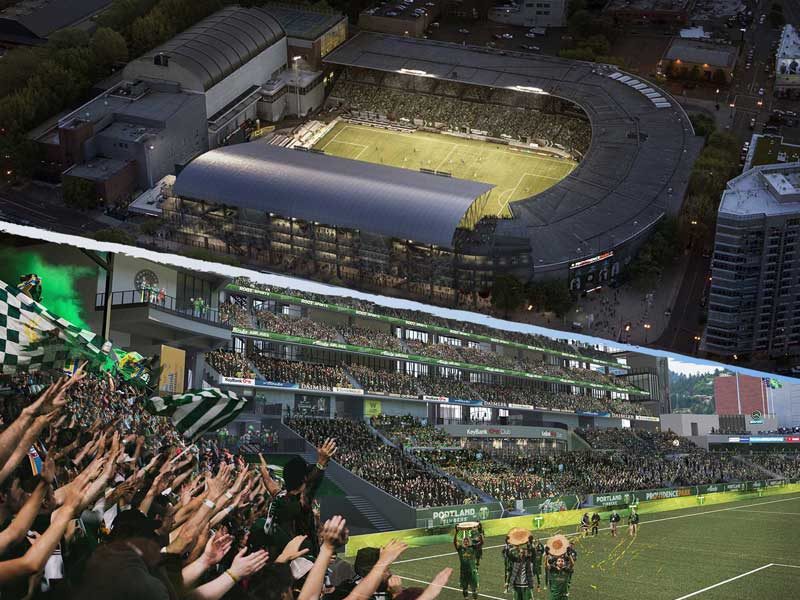 The Portland Timbers and Thorns organization remain on track to finish their stadium expansion project at Providence Park by Spring 2019, the OregonLive reported recently, citing the American professional soccer clubs’ owner’s tweets which gave fans an update on the project.

The project, which has been underway since November 2017, will add 4,000 seats to Providence Park, bringing capacity up to about 25,000.

The price tag on the privately-financed project has changed dramatically since the Timbers first announced the plan in April 2017. What was originally proposed as a $50 million project will ultimately cost Paulson closer to $70 million, the OregonLive reported.

According to Paulson, the project is “generally” on schedule to be completed by Spring 2019, though the Timbers’ 2018 playoff schedule could change that. The Timbers are currently in fourth place in the Western Conference standings with two games left in the regular season and could clinch a playoff berth as early as Sunday, October 21.

The club was never expected to have trouble selling tickets for the new seats. Prior to the expansion project, the Timbers already had more than 13,000 fans on their season ticket waiting list, according to the OregonLive.

But Paulson also said that the club’s goal is to have the full stadium ready and open when they play their first home game next year. If delays do happen, fans that have purchased tickets in the new sections will get a refund for any missed games, Paulson said.