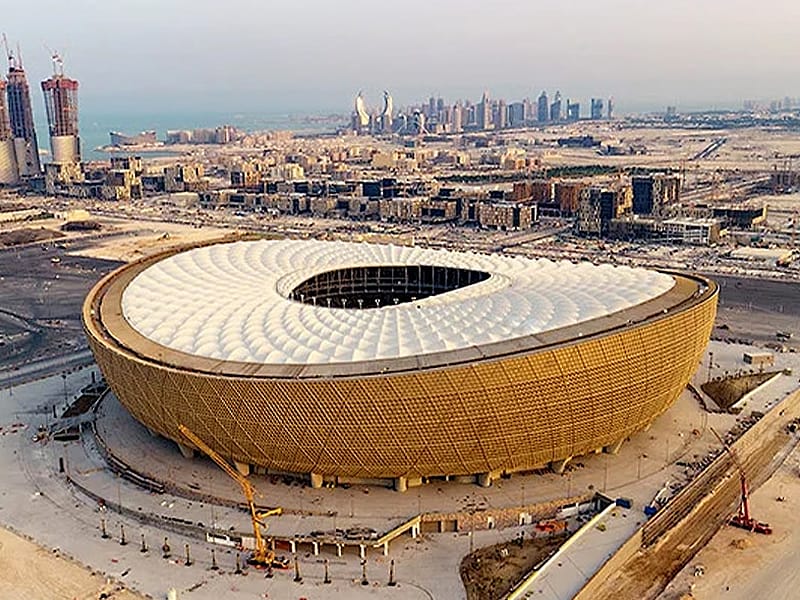 ‘The National’ stated that China in June 2019 won the bid to host the event but pulled out in May because of its “zero-COVID” policy, leaving the AFC scrambling to find a new host for its flagship men’s 24-team football tournament.

The 2022 FIFA World Cup™ is scheduled to be the 22nd running of the FIFA World Cup™ competition, the quadrennial international men’s football championship contested by the senior national teams of the member- associations of FIFA. It is scheduled to take place in Qatar from November 20th to December 18th, 2022. This will be the first World Cup ever to be held in the Arab world, and the second World Cup held entirely in Asia after the 2002 tournament in South Korea and Japan. In addition, the tournament will be the last to involve 32 teams, with an increase to 48 teams scheduled for the 2026 tournament in the United States, Mexico and Canada. Due to Qatar’s intense Summer heat, this World Cup will be held from late-November to mid-December, making it the first tournament not to be held in May, June or July and to take place in the Northern Autumn, and it will be played in a reduced timeframe of around 29 days.

The 2023 AFC Asian Cup will be the 18th edition of the AFC Asian Cup, the quadrennial international men’s football championship of Asia organized by the Asian Football Confederation (AFC). It will be held in Qatar from June 16th to July 16th, 2023. The tournament will involve 24 national teams after expansion in 2019.

The Federal Territory of Kuala Lumpur (Malaysia)-based the Asian Football Confederation (AFC) is a governing body of association football, beach soccer and futsal in some countries/territories in Asia and Oceania. It has 47 member- countries most of which are located in Asia. Australia, formerly in the Oceania Football Confederation (OFC), joined AFC in 2006.

‘The National’ further stated that the tournament was due to be held in 10 Chinese Cities from June 16th to July 16th next year.

South Korea and Indonesia were the other two countries in the running after China’s withdrawal, but Qatar got the nod.

The Malaysia-based AFC said in a statement, “The Asian Football Confederation (AFC) Executive Committee has today (October 17th) confirmed the Qatar Football Association (QFA) as the host association for the AFC Asian Cup 2023.”

The AFC also said its Executive Committee has shortlisted India and Saudi Arabia for the 2027 Asian Cup.

AFC President Shaikh Salman bin Ebrahim Al Khalifa said Qatar is ready to put on the event despite the short lead time to prepare. It will also host the World Cup starting next month.

The AFC chief hailed Qatar’s “Existing world-class infrastructure and unrivaled hosting capabilities. Qatar’s capabilities and track record in hosting major international sporting events and their meticulous attention to detail are well admired throughout the globe. I must also commend the AFC for showcasing utmost professionalism in conducting a fair and transparent expedited bidding process and I thank all our commercial partners and sponsors for their patience during these unprecedented times.”

The Asian Cup is staged every four years. Qatar won the tournament’s last edition, in 2019, which was hosted by the United Arab Emirates (UAE). Qatar hosted the 1988 and 2011 editions.

South Korea jointly hosted the men’s 2002 World Cup with Japan, but has not staged the Asian Cup since 1960.

Indonesia hosted matches at the 2007 Asian Cup along with Malaysia, Thailand and Vietnam.

But, earlier this month, Indonesia was struck by a deadly football tragedy that has become one of the world’s worst stadium disasters, with experts raising doubts about its capability to host major international events.

At least 131 people died and hundreds were injured in the disaster in an overcrowded stadium in Malang in East Java, Indonesia.