Raiders’ Brick Program for fans to cement legacy in history 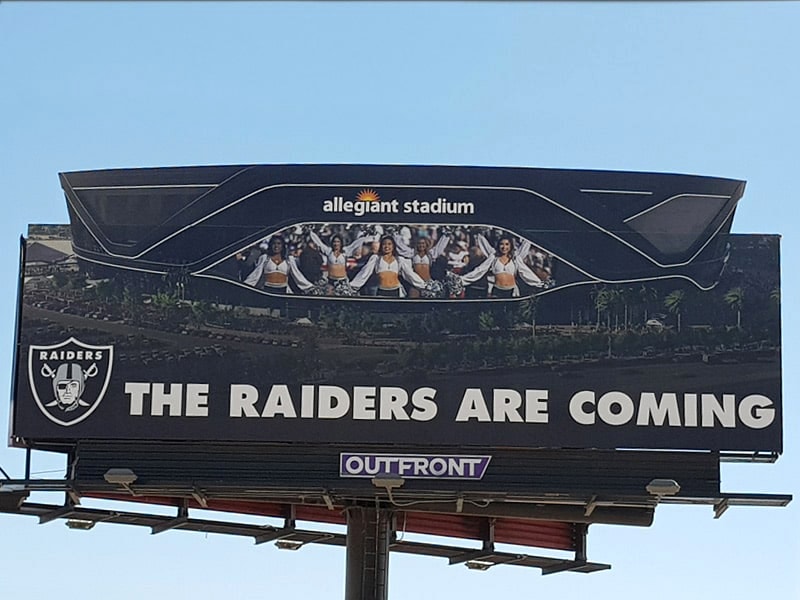 Legacy Bricks that will surround the ingress of Allegiant Stadium at Las Vegas in US in time for the inaugural season can now be purchased by supporters. Oakland Raiders announced recently that fans can buy the bricks from its charitable arm Raiders Foundation.

The Legacy Bricks with personalized fan messages will comprise the front entrance to Allegiant Stadium.

Informed Raiders President Marc Badain, “For more than 60 years, the Raiders have been committed to excellence both on and off the football field. The Raiders Foundation Legacy Brick Program is a chance for all fans to commemorate their support for Raiders football at Allegiant Stadium.”

“The Raiders Foundation Legacy Brick Program is a chance for all fans to commemorate their support for Raiders football at Allegiant Stadium. With all proceeds directly benefiting community programs throughout Nevada, this represents an once-in-a-lifetime opportunity for fans to bring their passion for Raiders football to life while creating a positive impact in the lives of those in our community,” Badain further informed.

The following brick options have been provided to fans:

Customized fan messages on Legacy Bricks are all set to be installed in time for the Raiders’ inaugural season in Las Vegas this year.

The proceeds from the Legacy Brick Program will go on to benefit the Raiders Foundation. The Oakland Raiders have a long-standing tradition of supporting the local community. The objective is to increase community and civic health through military support, youth development, and allowing the game of football to grow.

By giving fans the opportunity to buy a personalized brick, the Raiders Foundation is securing their place in history at the soon-to-be opened Allegiant Stadium.

Fans across the globe have been extended an invite by Raiders Foundation to be a part of sports history by purchasing the Legacy Brick. Fans are encouraged to act quickly to secure their place, as available space is limited.