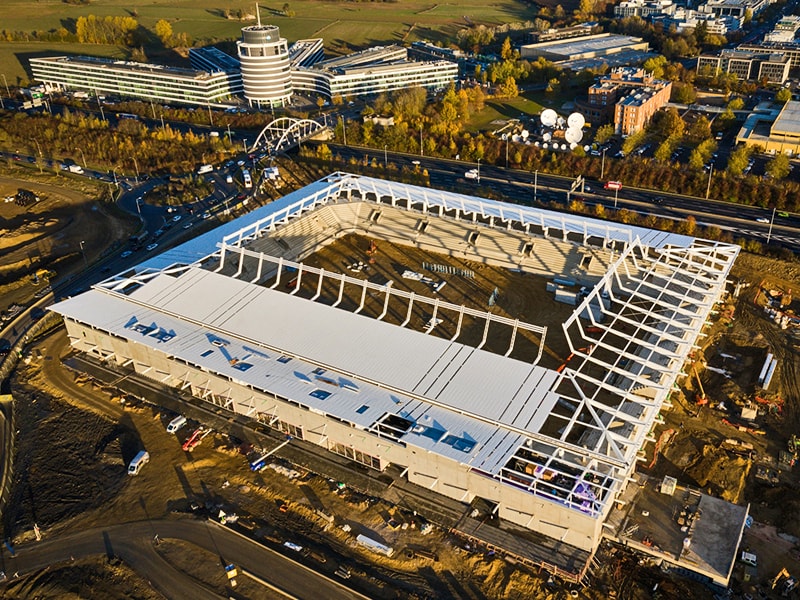 The doors of the stadium were set to open in October 2019. Right now, a clear picture has not emerged if October of 2020 is a safe date to host the opening game. As if the huge delay is not enough, the people associated with the development will also have to tackle the issue of rise in cost.

In recent months, the national stadium for football and rugby players of Luxembourg hasn’t had great Press. The people on the construction site associated with the project are also spending sleepless nights. The foot-dragging is a result of numerous changes in the project.

The initial plan was to deliver the 9,500-seater in October 2019. Since construction started in mid-2017, 2019 was a fair enough deadline. However, a lot of work still remains to be done on the construction site. The stadium already has its distinctive facade scales but has to wait for seats, the field and systems.

As of now, it is still not clear whether the stadium will go on stream in 2020. Luxembourg’s football federation has recently been given an assurance that work is on track but it is still not concrete whether the venue will be ready for the Nations League fixtures in October.

Though it is hoped that the arena will be done by the end of this year, the multi-level car parking spot beside it is unlikely to be delivered by 2022. Work on the parking spot has not even started as yet and is likely to commence in September this year.

Not only is the missed deadline an issue. The cost is also going through the roof – initially expected to cost over €50 million, the stadium then went to €60 and 66 million only to end up at €77 million at present.

The rectangular-shaped venue, which will be used for football and rugby matches, will sit just off the A4 motorway at Kockelscheuer in southern Luxembourg.

Last year, Luxembourg City mayor Lydie Polfer had said that the project will go over budget, but she did not disclose the exact estimated cost.

The Ministry of Sports had earlier announced that it would fund 70 percent of the development, up to a maximum of €40 million.

Once the arena is complete, Luxembourg will have its own UEFA category 4 national football stadium. The new arena will replace the venerable Josy Barthel stadium in Arloner Straße, which is not meeting international standards for several years now.

The city of Luxembourg will own and operate the new national stadium, sharing the construction costs with the Luxembourg State authorities. The capacity of the facility could be increased to 11,500 at a later date without extensive reconstruction work. Apart from a 500-seat VIP enclosure, the south stand will include a large room that can be used to host private events.

Apart from the car parking area with 2,000 spots, a multi-use forecourt and a stop in the city’s new tram network will be built next to the stadium.

In close proximity to the building, 159 VIP parking spaces will be created to meet UEFA Category 4 requirements thus facilitating the ground to hold major international games.

The stadium will lie along the east-west axis instead of traditional north-south one because of its location between existing and planned roads. Main grandstand will be created along the south side of the field.

Based on a contract pencilled in September 2014, design practice GMP Architekten of Germany and BENG Architectes of Luxembourg has created the architectural concept of the facility.