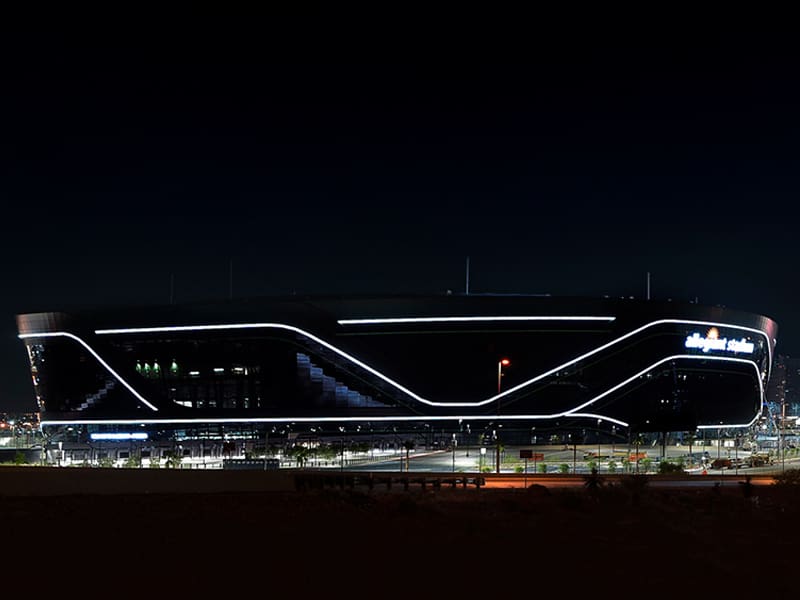 Football fiends who are not season ticket holders and are planning to attend a fixture of the National Football League (NFL) team Las Vegas Raiders at ‘Death Star’ (US), they will have to be prepared to lighten their wallets.

The ‘Las Vegas Review-Journal’ stated that with the Raiders selling out every personal seat license (PSL) to Allegiant Stadium well ahead of the 2020 season that eventually went fanless, the only way fans can get their hands on what is looking like the hottest ticket in Las Vegas is through a ticket resale site.

The Las Vegas Raiders are a professional American football team based in the Las Vegas metropolitan area. The Raiders compete in the National Football League (NFL) as a member club of the League’s American Football Conference West division.

The 65,000-capacity ravishing Allegiant Stadium is a domed stadium located in Paradise, Nevada, United States. It serves as the home stadium for the Las Vegas Raiders of the National Football League (NFL) and the University of Nevada, Las Vegas Rebels college football team.

A personal seat license, or PSL, is a paid license that entitles the holder to the right to buy season tickets for a certain seat in a stadium. This holder can sell the seat license to someone else if they no longer wish to purchase season tickets.

The ‘Las Vegas Review-Journal’ further stated that following the 2021 NFL Week 1 schedule release on May 12th, tickets to what is expected to be the first regular season game with fans in attendance at the $2 billion stadium began to trickle out on the secondary ticket market.

A ticket to the Raiders’ Monday Night Football clash against its peer team Baltimore Ravens has been priced at $796. The Miami Dolphins-New England Patriots game was the second-highest listed price at $403.

TickPick (online marketplace for events tickets based in New York, US) Vice-President of Operations Jack Slingland said Raiders tickets are the most in demand in the NFL – “It comes as no surprise that the Las Vegas Raiders have the most expensive get-in price for Week 1 of the NFL season. It’s the first NFL game in which fans can attend for the City’s first NFL franchise – and in a brand new stadium. This could end up being the most expensive season opener we’ve ever seen. Week 1 prices are just a preview of what’s to come this season. The Raiders are now the hottest ticket in the NFL.”

There are several companies in the resell market, with StubHub being the most notable.

Shortly after the full Raiders schedule was released on May 12th, the cheapest ticket listed on StubHub for the Raiders-Ravens game was listed at $747.50, when searching for two tickets. Those seats were in Section 411, located on the upper sideline. A regular priced ticket in Section 411 cost season ticket-holders $120.

Outside of Week 1, the next highest priced Raiders game on StubHub was Week 10 matchup with the Kansas City Chiefs. The cheapest ticket available at $543.95, followed by Week 5 versus the Chicago Bears, with the cheapest listed ticket at $442.51, and Week 7 against the Philadelphia Eagles at $352.

The most expensive ticket listed on StubHub was for a pair of club seats in Section 137, Row 1, offered at $8,800 apiece.