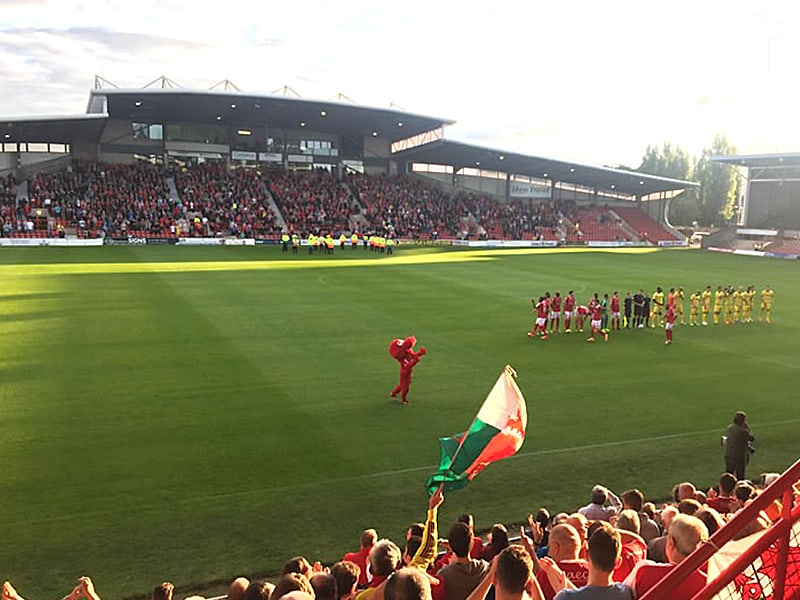 The Welsh professional association football club Wrexham AFC has appointed international sports-specialist practice, AFL Architects, to rehabilitate ‘The Racecourse’ as the club moves into a new era in its history.

‘Wrexham AFC’ stated that the first phase of the plans is presently underway and sets the stage for Wrexham AFC’s new ambitions. New LED boards, sourced from Wembley Stadium in London, have been set up around the pitch and made their debut in the club’s recent match against the National League team Bromley F.C.

Wrexham Association Football Club is a Welsh professional association football club based in Wrexham, Wales (UK). The team compete in the National League, the fifth tier of the English football league system. Formed in 1864, they are the oldest club in Wales and the third oldest professional football team in the world.

The Bromley Football Club is a professional football club based in Bromley, South London, England. They are currently members of the National League, the fifth tier of English football, and play at the 5,000-capacity Hayes Lane.

‘Wrexham AFC’ further stated that the next stages will build from an initial audit and review project carried out by the practice. The AFL team will be identifying opportunities to improve spectator experience throughout the concourses and maximize the value of recent major changes at the club.

Following on from the high-profile change in ownership by American actor Rob McElhenney and the Canadian actor Ryan Reynolds, the club is exploring new avenues to increase membership, enhance the matchday experience and further invest in the National League team. Part of these plans involve the redevelopment of the Kop stand, once the largest all-standing terrace in the English Football League at 5,000 capacity but now no longer in use.

John Roberts, Director of AFL Architects, said, “This is an exceptionally exciting time for the club. I am always thrilled when AFL is commissioned in my home country, so the prospect of working for the oldest club in Wales is a very welcome one. The team therefore fully understand and respect this club’s heritage and will be working sensitively and closely with them to revitalize their home.”

Wrexham AFC Executive Director, Humphrey Ker, commented, “One of the key promises in our owners’ mission statement for Wrexham AFC is to improve the ground. So, it is a hugely positive step forward to be working with AFL as they have a track record of blending the heritage of famous stadiums with an upgraded fan experience. Their expertise will also help us ensure that the Racecourse Ground can become a hub for the Wrexham AFC community and we look forward to developing plans together in the coming months.”