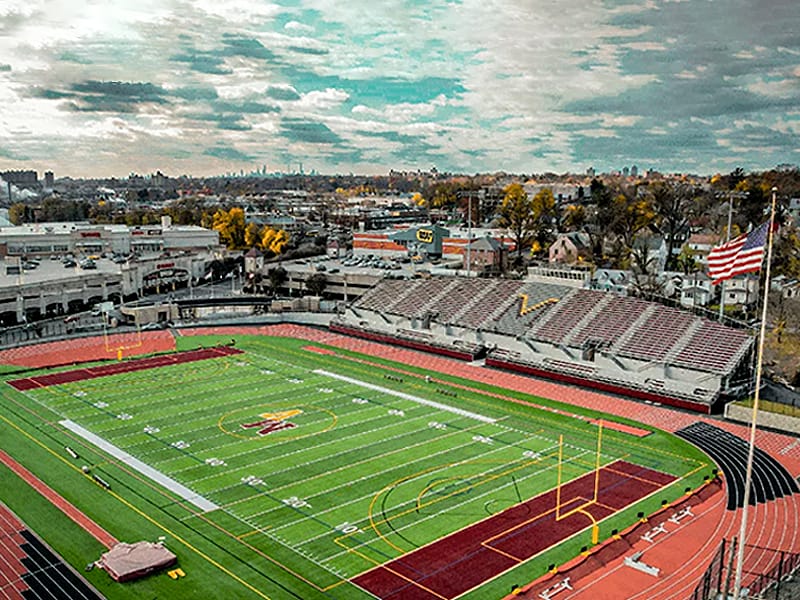 The Major League Rugby (MLR) team Rugby New York has announced that they will be playing their home games at the historic 3,900-capacity Mount Vernon Memorial Stadium in New York (US) for the 2023 season.

‘Rugby New York’ stated that the Memorial Stadium is a brand-new facility, ideally located in the heart of the New York rugby community.

Rugby New York, formerly known as Rugby United New York and now officially nicknamed the ‘Ironworkers’, are a professional rugby union team based in New York City (US) that is a member of Major League Rugby (MLR). The team played an exhibition season in Spring 2018 and joined MLR for its second full season in 2019.

‘Rugby New York’ further stated that the team can’t wait to put on a show for all supporters of New York rugby at a state-of-the-art venue – featuring a range of food and beverages, theme nights (to be announced), an LED videoboard, and so much more.

Accessible from Manhattan via a 25 minute train ride from the Grand Central Station, it’s also right off the Hutchinson River Parkway and close to the I-95 and Cross-Country Parkway.

To check out the Rugby New York schedule and see where they are playing, click here.

The Rugby New York sent a big thank you to the Hoboken community for hosting them last season. Despite moving away from the 98,604-capacity John F Kennedy Stadium in Hoboken, New Jersey, the MLR team looks forward to continually being involved in Hoboken and the New Jersey area.