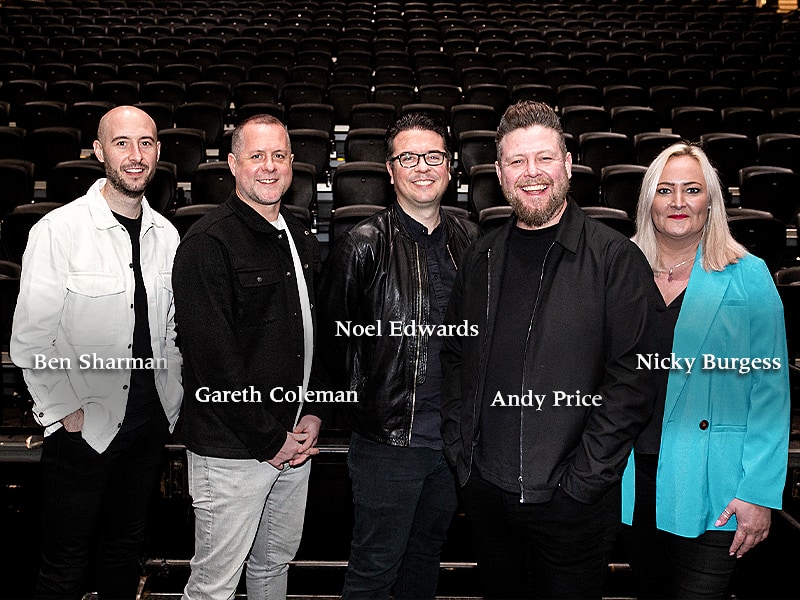 The NEC Group Ticketing and Arenas (UK) have announced its new senior commercial team, following a strong end to Q3 for the business.

‘NEC Group’ stated that responsible for the programing of the world-class entertainment venues – the Utilita Arena Birmingham and the Resorts World Arena, the team also leads on business for the Group’s premium hospitality provider, Amplify, and the national ticket agency, The Ticket Factory.

Birmingham, England (UK)-based the NEC Group is one of the world’s top venue management companies, with world-class expertise in venue and destination management. The NEC Group delivers a rich stream of engaging content hosted in world-renowned venues with award-winning services that combine to provide memorable experiences that reunite audiences year after year.

The Resorts World Arena is a multipurpose indoor arena located at the National Exhibition Centre in Solihull, England (UK). It has a capacity of 15,685 seats. The venue was built as the seventh hall of the NEC complex.

Amplify is the premium hospitality provider for the NEC Group and delivers a first-class service and an exquisite dining experience courtesy of the multiaward winning caterer Amadeus.

Birmingham (UK)-based The Ticket Factory, previously known as the NEC Box Office, is a primary ticket sales and distribution company based in the United Kingdom. The Ticket Factory was launched in 2007 and is a trading division of the National Exhibition Centre Limited.

Said Price, “Despite the ongoing challenges our industry faces, performance has been extremely positive for the commercial division this year, most notably with The Ticket Factory who have had an extremely busy year. As we look to drive future growth, it’s important we harness the experience we already have in the business and I’m excited to see its impact on revenues as we move into the New Year.”

Ben Sharman takes his new position as Head of Venue Programming for NEC Group Ticketing and Arenas, after an incredibly strong track record of bringing major live events to the business, including the star-studded ‘Concert for Ukraine’ that was delivered with just three weeks’ notice in March 2022.

Commenting on his appointment, he stated, “2022 was an incredible year for us as a team, from playing our part in hosting the Birmingham 2022 Commonwealth Games to securing multiple dates for Peter Kay (English actor, comedy writer and stand-up comedian). I’m extremely proud to step into this new role, taking on the responsibility for implementing the new venue programing strategy across our two world-class arenas.”

Stepping up to the Ticketing Director, Noel Edwards – who began his career answering phones in the box office in 2002 – will be responsible for establishing The Ticket Factory as one of the United Kingdom’s leading ticketing agents.

Added Edwards, “As well as delivering amazing events across the Utilita Arena Birmingham and the Resorts World Arena, we’ve been working hard behind the scenes to reinvigorate our box office, which offers the biggest selection of tickets for unmissable live events in the West Midlands and ticketing services for others across the United Kingdom. We are now more data-led and insight-focused and have developed our creative for how we present The Ticket Factory brand. I look forward to helping propel us to new heights.”

Gareth Coleman will continue in his role as the Ticketing General Manager and Nicky Burgess who was appointed as Head of Sales (Premium and Groups) last year, will further cement the senior team moving into 2023.