Senate to the rescue of ‘The Green-Whites’ 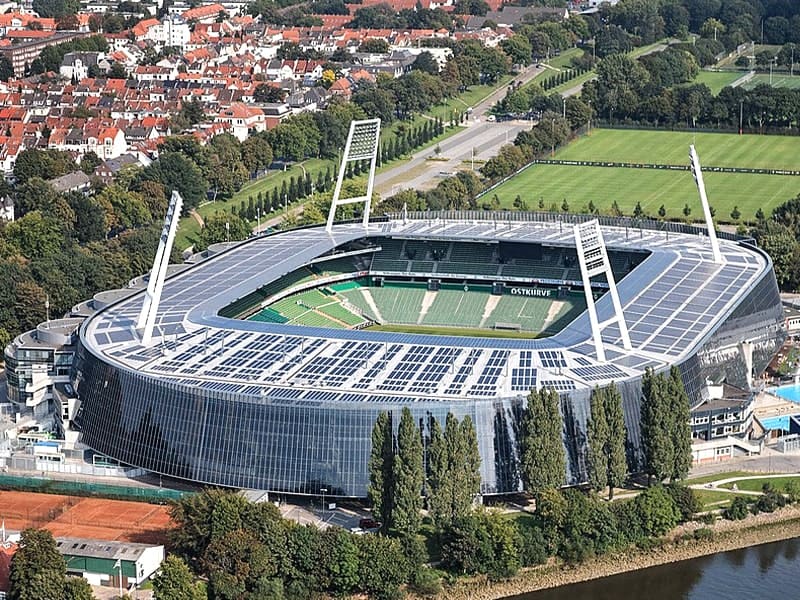 The Senate has come to pull out the Bundesliga club Werder Bremen (Germany) from the woods as ‘The Green-Whites’ are in deep financial distress. The Senate is giving capital injection to the club and Bremen is also trying to arrange finances on its own to keep its residence – Weserstadion – up and running. COVID-19 is bleeding (white) ‘The Green-Whites’.

As reported by the North Germans, Werder and the Senate have both put in EUR 3.5 million into the ‘BWS’ (Bremen Weser Stadium Society), which is facing huge pecuniary pressure what with Europe reeling under a second wave of coronavirus. This translates into the fact that insolvency which was hanging like the sword of Damocles over the Weserstadion is now no longer looming.

Werder Bremen is a German professional sports club based in Bremen, Free Hanseatic City of Bremen in Germany. The club’s residence is the Bremer Weser-Stadion GmbH, officially known as the Weserstadion.

Werder’s CEO Klaus Filbry remarked, “Due to no fault of its own, Weserstadion is grappling with the huge economic catastrophe which COVID-19 has let loose on the sports venue sector. With coronavirus striking Europe with full force once again, it is difficult to give a clear picture when gate-related income will start flowing again for the club. We are, therefore, pleased that the City of Bremen has come to our rescue to provide us economic stability.”

Earlier, a spokesman for Bremen’s governing Senate quoted media reports as stating that the BWS would go bankrupt by the end of year and deep in debt at the end of the financial year without capital buttress as COVID-19 outbreak has forced most games to be played sans spectators leading to revenue drain. The BWS has lost millions of euros (dollars) due to near-nil gate-related income.

Bremen has approached the KfW bank for a loan to deal with the pandemic effects. A solution is yet to be thrashed out but Filbry said the club also had a Plan B in hand should things not work out as desired.

In addition, the North German announced that the contract with the shirt supplier ‘Umbro’ has been extended. Werder Bremen would wear the jerseys of the British brand ‘Umbro’ in the medium term, and the contract was extended to the 2024-25 seasons. The North Germans are now playing their third season in Umbro jerseys, Bremen was previously under contract with Nike.

“We look forward to continuing to work with this strong supplier by our side in the long term,” said Filbry.