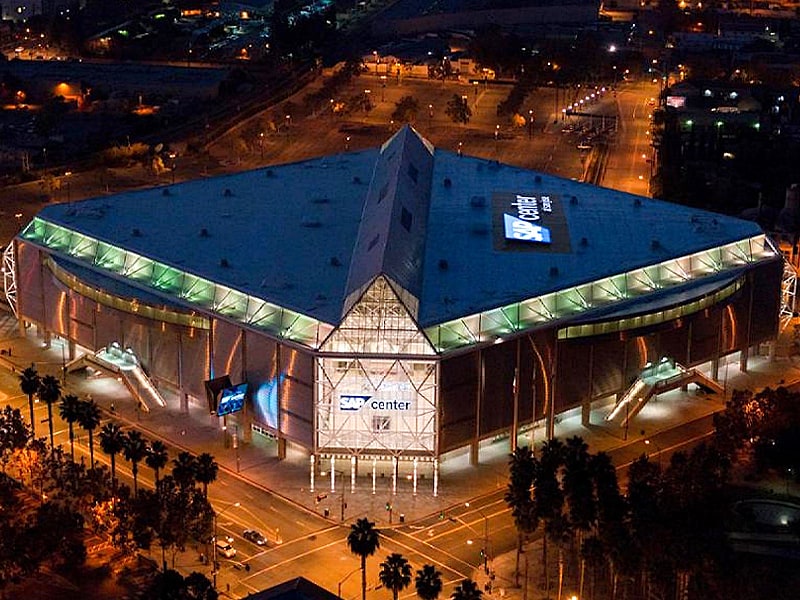 The San Jose Sharks (US) will become the first National Hockey League (NHL) team to accept cryptocurrency payments, thus getting on the bandwagon of other pro sports teams from the National Basketball Association (NBA) and Major League Baseball (MLB) in embracing digital currency.

The ‘New York Post’ quoted Sharks President Jonathan Becher as confirming on Twitter that beginning at the start of the 2021-2022 seasons in October, the Sharks will accept cryptocurrencies including bitcoin, ether and dogecoin as payment for season tickets, suite leases and partnerships.

Added Becher, “The ability to use crypto for smaller purchases like individual game passes, merchandise and concessions will be evaluated over time.”

A cryptocurrency, crypto-currency, or crypto is a digital asset designed to work as a medium of exchange wherein individual coin ownership records are stored in a ledger existing in the form of a computerized database using strong cryptography to secure transaction records, to control the creation of additional coins and to verify the transfer of coin ownership.

The San Jose Sharks are a professional ice hockey team based in San Jose, California (US). They compete in the National Hockey League (NHL) as a member of the West Division. The franchise is owned by San Jose Sports & Entertainment Enterprises.

The 17,562-capacity SAP Center at San Jose is an indoor arena located in San Jose, California (US). Its primary tenant is the San Jose Sharks of the National Hockey League (NHL), for which the arena has earned the nickname ‘The Shark Tank’.

The Sharks head honcho said that the team could also consider selling additional blockchain-based goods like collectible non-fungible tokens (NFTs), writing, “I do think the blockchain will have more of an impact on sports and entertainment than people realize.”

Non-fungible tokens (NFTs) are generally built using the same kind of programing as cryptocurrency, like Bitcoin or Ethereum, but that’s where the similarity ends. Physical money and cryptocurrencies are “fungible”, meaning they can be traded or exchanged for one another.

The ‘New York Post’ further stated that the Sharks – who did not reach the NHL playoffs this year – join the NBA’s Sacramento Kings and Dallas Mavericks and the MLB’s Oakland Athletics in accepting crypto.

Becher further informed that payments giant PayPal’s decision last year to let its customers use cryptocurrencies factored into his thinking – “We’re accepting PayPal, so then by definition, we’re accepting cryptocurrency. Why not embrace it and make it more visible as opposed to just doing it through a third party.”

The Sharks plan to accept crypto payments through the processor BitPay.

The price of bitcoin, the most popular cryptocurrency, has taken a dive in recent months after peaking at more than $63,000 in April.

Dogecoin has had an even wilder 2020, soaring from 3 cents in late 2020 to a peak of 73 cents in early May, buoyed by encouragement from business magnate Elon Musk and hype among online traders. It is currently trading at around 32 cents.