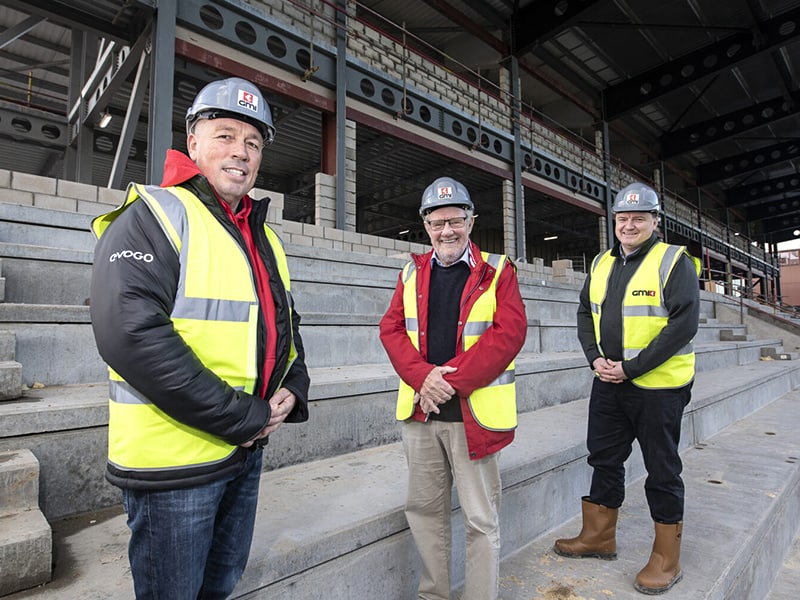 The professional rugby league football club, Sheffield Eagles, has signed a five-year agreement to play all home game fixtures at the Community Stadium at Sheffield Olympic Legacy Park (UK) from the start of next season.

The Sheffield Olympic Legacy Park Community Stadium is a stadium built at the Sheffield Olympic Legacy Park. It occupies part of the site of the former Don Valley Stadium. Due to feature a three-story, covered grandstand with initial seating for 758 spectators and total capacity for up to 3,900, alongside 23,000 sq ft of commercial space and ancillary facilities, the Community Stadium is currently under construction and is due to be completed in March 2022. It is the home ground of Sheffield Eagles.

The ‘Sheffield Olympic Legacy Park’ further stated that the Sheffield Eagles has a long history with Sheffield Olympic Legacy Park having played at the former Don Valley Stadium up until 2013 and then returning to the City in 2018 before decanting to Doncaster Rugby League Football Club’s residence – the 15,231-capacity Keepmoat Stadium – while the new Community Stadium was developed.

The 25,000-capacity Don Valley Stadium was a sports stadium in Sheffield, South Yorkshire, England (UK). The venue, which was completed in September 1990, hosted the 1991 World Student Games. It was designed by Sheffield City Council’s Design and Building Services and named after the nearby River Don. It was demolished in 2013.

As well as becoming a permanent home to Sheffield Eagles, the Community Stadium will also be available for community use.

Liam Claffey, General Manager at the Sheffield Eagles, commented, “We’re extremely delighted to have entered into a five-year commercial agreement with the Scarborough Group International to confirm the Community Stadium as the new home of Sheffield Eagles. We are looking forward to re-establishing our base in the City of Sheffield once again. Now that the deal is signed, our focus is on working with the Scarborough Group International to ensure we’re able to deliver the best gameday experience for our supporters, corporate partners and community stakeholders, and we look forward to welcoming them all to the Community Stadium in the coming months.”

Stephen Marriott, Operations Director at Scarborough Group International, added, “Sheffield Eagles have a strong and growing fan base in the City, and this, combined with the investment we’ve made into our Community Stadium will give fans more opportunities to experience the action at a first-class venue. We look forward to working with Sheffield Eagles on this partnership.”