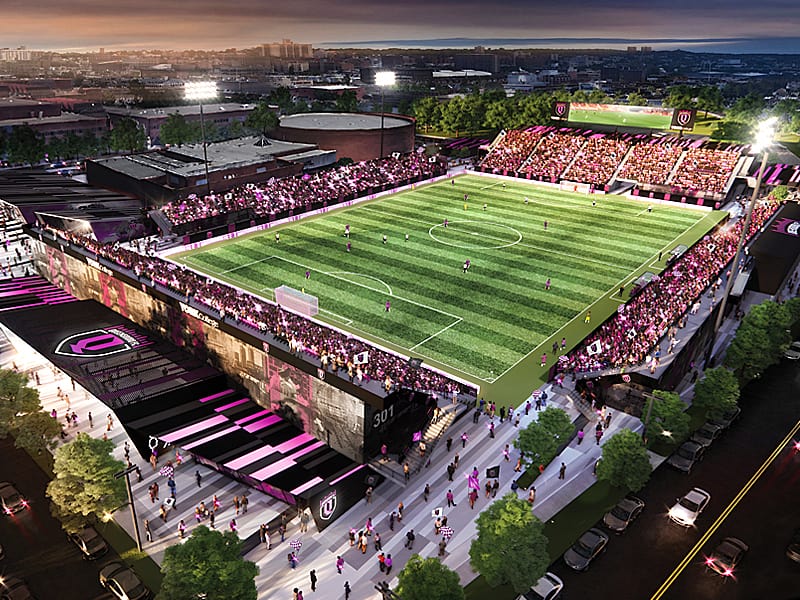 Queensboro FC (QBFC), an expansion club of the United Soccer League (USL), announced on April 27th that the York College of The City University of New York (CUNY) will be the site of its home games for the inaugural season in Spring 2022. This will be the first-ever purpose-built stadium, specifically designed for soccer, by any professional sports team in New York City (US). It will be 100 percent privately-funded.

‘Queensboro FC’ stated that the announcement has been a long time coming for many fans, who were waiting to get this piece of news and are eager to welcome a home soccer team to Queens. Soccer is the #1 sport across the 150+ nationalities which make up the borough, and one can witness that passion every weekend when thousands of players gather at the 25,000-capacity Flushing Meadows Corona Park, an iconic Queen’s destination for local amateur soccer teams and their families. For the QBFC, New York’s vast immigrant community finally has a local pro team to call their own. With the arena, they can truly say it’s their ‘home away from home’.

Queensboro FC is an upcoming American professional soccer team based in the borough of Queens in New York City (US).

Queensboro FC will make its debut in 2022 as an expansion team in the United Soccer League (USL) Championship. Josep Gombau was named the team’s first Head Coach and Sporting Director on July 6th, 2020.

Pursuant to a Summer 2020 Request for Proposals, CUNY awarded QBFC the contract to construct and operate a stadium on the York College campus to support the university’s academic and athletic mission, as well as enhance the college experience for its students, generate local jobs, grow neighborhood businesses, and develop the surrounding area of Jamaica, Queens. In addition to hosting QBFC practices and competition play, the stadium will also serve as the venue for York College’s commencement, CUNY Athletic Conference tournament games and other free or ticketed events. Throughout the duration of the partnership, there will be ongoing exchange between the university and club, such as the joint development of class curriculum on topics surrounding health, wellness and sports education, as well as the integration of QBFC front office, coaches, and players as guest speakers. There will also be community initiatives and taking the lead will be QBFC and York College, especially related to youth and student development in the form of seminars, clinics and internships.

‘Queensboro FC’ further stated that staying true to the club’s vision to deliver an innovative and unique fan experience, the 7,500-seat modular stadium will be designed in partnership with the celebrated design practice Populous who has created some of the world’s cream of the crop sporting facilities. Special attention has been made to ensure the stadium sticks to the highest standards and best practices of a post-COVID era, with frictionless commerce along with other health, safety and sanitation protocols. The pitch will be a turf playing surface, which will allow the venue to be a year-round asset for sports, entertainment and community events.

To celebrate this announcement, QBFC has launched ‘The 1909 Club’ for its fans, named in honor of the Queensborough Bridge, which opened in 1909 and is an integral part of QBFC’s crest design. To officially kick off ticket sales for the 2022 inaugural season, QBFC is offering a limited-time promotion for the first 1,909 people to place a deposit which grants lifelong membership in the 1909 Club. Fans can now place a $25 deposit for the first-rights opportunity to purchase season tickets, up to six seats and choose their seat location in the new stadium. The deposit will apply as a credit towards the total cost of their season ticket plan.

Says Jonathan Krane, Owner of Queensboro FC, “Today is an exciting day for Queensboro FC. The announcement of our home stadium site at York College represents a bold new chapter for professional sports in New York City. More importantly, we are proud to deliver our QBFC fans a dedicated soccer-specific venue, built by and for the Queens community, bringing us all together to celebrate the beautiful game.”

Commented CUNY Chancellor Félix V. Matos Rodríguez, “The City University of New York is proud to partner with Queensboro FC in bringing a professional soccer stadium to York College in Queens, a place world renowned for its cultural and linguistic diversity, and for its love of el fútbol. This new stadium is a great addition to the York College campus and will benefit not only CUNY students and the local community, but all New Yorkers and fans of soccer.”

Stated Berenecea Johnson Eanes, President, York College, “York College is honored to be the host site for Queensboro FC’s home stadium. We believe their contributions as a community-led sporting organization will greatly advance our facilities, our campus experience and our neighborhoods. This project will showcase the importance of private and public sectors coming together and working together, to celebrate diversity and bridge communities.”

Said Congressman Gregory Meeks, “Sports bring people together from all walks of life, to create shared experiences in support of a common cause, and soccer is a passion point that connects New Yorkers with one another. Queensboro FC’s stadium at York College will bring sustainable, multigenerational benefits to the community, and we believe the club will continue to work hard for the people of Queens. We are proud to have QBFC as the newest professional sports team in New York City.”

Said Queens Borough President Donovan Richards, Jr., “Queens is the home for sports. From baseball to tennis, and now we are proud to add soccer to the mix. I am thrilled Queensboro FC will have York College to call home, and can’t wait for Queens families to enjoy soccer games once the stadium is completed. Thank you to CUNY, my fellow elected officials and all the partners for making this happen. Can’t wait to cheer on our soccer stars here in the World’s Borough!”

Said NYC Council Member Francisco Moya, “In 2022, Queens will be the epicenter of something positive, fútbol. For a long time, Queens has been the soccer mecca for so many of our communities, taking their passion for this sport to our local spaces like the Flushing Meadows Corona Park. Now our very own Queens team, QBFC, will have a home at York College for soccer fans to enjoy their favorite pastime without leaving the borough. Thank you to CUNY and York College for making this stadium a reality. I look forward to joining fútbol fans like me to cheer on our Queens team and soccer players.”

Stated Aly Wagner, former US Women’s National Team star and currently part of Queensboro FC ownership group, “The soccer community in Queens is finally getting what they’ve always wanted -their own team and their own stadium. We have worked really hard over the past two years to bring QBFC to life, and this stadium represents a huge step forward. It will serve as a physical manifestation, and a leading example, of how to build a modern-day soccer team in an ever-changing world of sports and entertainment.” 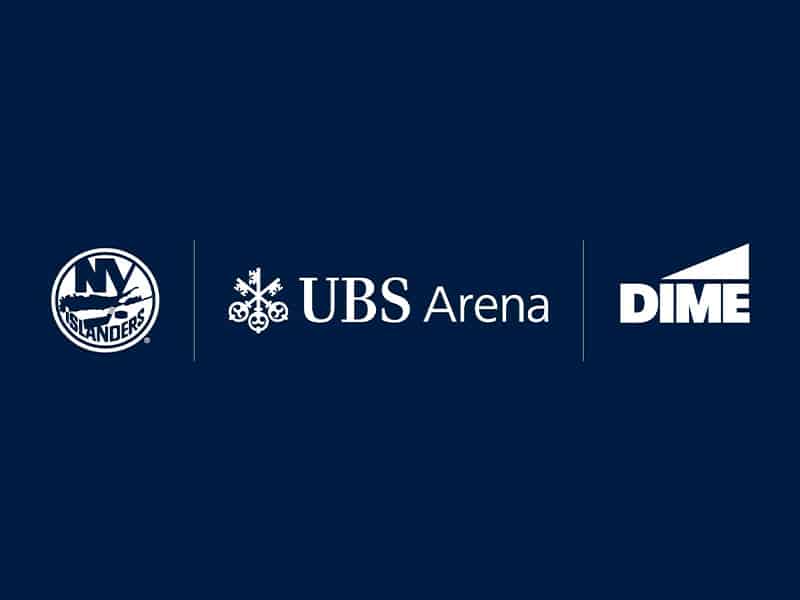 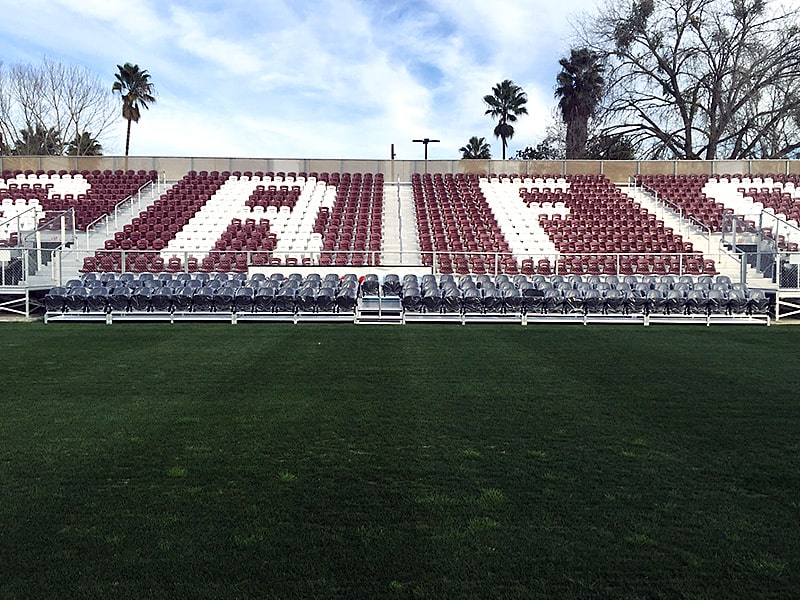