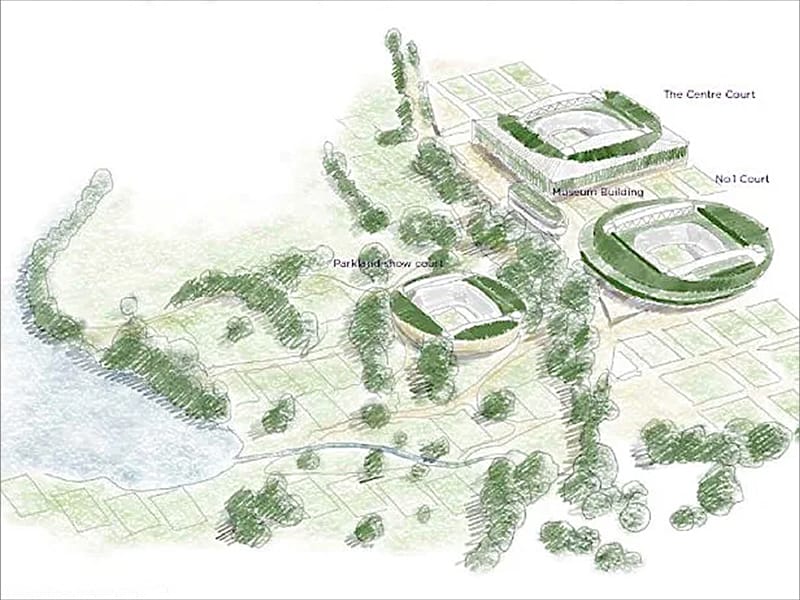 The Championships at Wimbledon (UK) will undergo a sea change in the coming decade, with an 8,000-person stadium to act as the fulcrum.

‘tennishead’ stated that the new ‘Parkland’ stadium will be situated where Wimbledon Park Golf Club currently sits. The All England Lawn Tennis Club (AELTC) bought the golf club for £65 million back in 2018. As such, the land area available to the club has all but tripled, from 42 acres up to 115 acres.

The Wimbledon Park Golf Club is one of the great golf clubs in the London area. The Wimbledon Park is a very friendly club and operates certain golf packages for society golfers and larger touring parties. The 18-hole course is a challenging parkland/woodland layout that is set around a lake.

The All England Lawn Tennis and Croquet Club (AELTC), also known as the All England Club, based at Church Road, Wimbledon, London, England, is a private members’ club. It is best known as the venue for the Wimbledon Championships, the only Grand Slam tennis event still held on grass.

The structure will boast 8,000 seats, making it the third largest court at Wimbledon behind Centre Court and No. 1 Court. On top of this arena, the plans outline adding 39 new grass courts on the site. Wimbledon currently has 18 Championships grass courts, as well as 22 grass practice courts. So, the new courts would bring the club’s total up from 40 to 79 grass courts, almost doubling capacity for matches. The new grass courts other than the ‘Parkland’ will not have permanent seats.

The final round of golf will be played at the club on December 31st this year, after which the site will be leveled and development will commence.

The Parkland stadium will be built on the far side of Church Road and will be ready for use by 2030, while the extended grass courts could host qualifying as early as 2028.

An artist’s impression of the new ‘Parkland’ court – unfolded as the second part of a consultation with local residents that began last month -shows that it will be set in a clearing within a group of ancient oak trees on the far side of Church Road. The arena will enjoy a retractable roof.

The AELTC Estate Master Plan is an evolving vision for the future of the AELTC Estate, and aims to provide a framework against which new development will be assessed in order to meet the AELTC’s objectives to maintain Wimbledon’s position at the numero uno of the sport, to act as a guardian of tennis and to be a force for good in society.

The AELTC wants to maintain The Championships as the premier tennis tournament in the world and an event of national significance and to deliver a positive impact for its communities, playing a meaningful role in protecting and enhancing the heritage of its landholding and its place in the local community.

The AELTC conducted the first consultation on the developing proposals on March 3rd-31st, 2021.

The ‘AELTC’ further stated that since acquiring the Wimbledon Park Golf Club in December 2018, its primary focus has been to understand the history and heritage of the landscape.

A statement sent out by the AELTC read, “We aim to be the best possible guardians while also delivering on our objectives, in particular to strengthen The Championships by bringing our qualifying event to our grounds. The first consultation focused on sharing what we’ve learned and how it will inform our proposals.”

The second consultation process is underway – it was held from April 14th-30th, 2021.

The statement further read, “The focus of the second consultation is to share our outline thinking and emerging themes for our proposed use of the landscape for The Championships, including the Qualifying event, and our year-round activities. Our thinking also aims to reflect what we have learned from your feedback, and we have looked to build these comments positively into our proposals in order to provide meaningful benefit.”

The third consultation will be held in June 2021 but the exact dates are yet to be confirmed.

The statement further read, “Our third and final consultation, which will take place in June, will provide details of our final proposal. There will be the opportunity to provide feedback.”

The culmination of the process will be the submission of a planning application, which is intended to take place in July. Subject to planning, the project would then begin in 2022 with the various aspects of the plan being delivered in sequence.

The AELTC said its aim is “to create an unparalleled, beautiful setting – Tennis in an English garden – that pays tribute to the heritage of the landscape. The new show court, and indeed all of the grass courts, will be well integrated into the landscape, respecting topography, veteran and historic trees and important viewpoints.”

The club further stated, “Set in a clearing, surrounded by ancient oak trees, the new show court will be designed so as to be ‘at one’ with the landscape, it will feel natural and ‘of’ its context and it will be finely crafted. The sketches and illustrations here show a very early concept for the new show court, but importantly illustrate the size and location it is likely to be.”

The club said it is not seeking to make a marked increase in the ground capacity, only considering an increase from 42,000 to 50,000 per day, and roughly 10,000 in total over the course of the prior qualifying event.

As regards the 11 months of the year when the tournament is out of season, the AELTC has promised to create “a striking walk around the lake perimeter” and to offer “community access to areas of the public park”.

They also say that they are “exploring [the possibility of] wider use of the grass courts after The Championships”.

Wimbledon chiefs said the plans are based on its two major priorities of maintaining The Championships as the premier tennis tournament in the world and delivering a positive impact for its communities, particularly the local community. 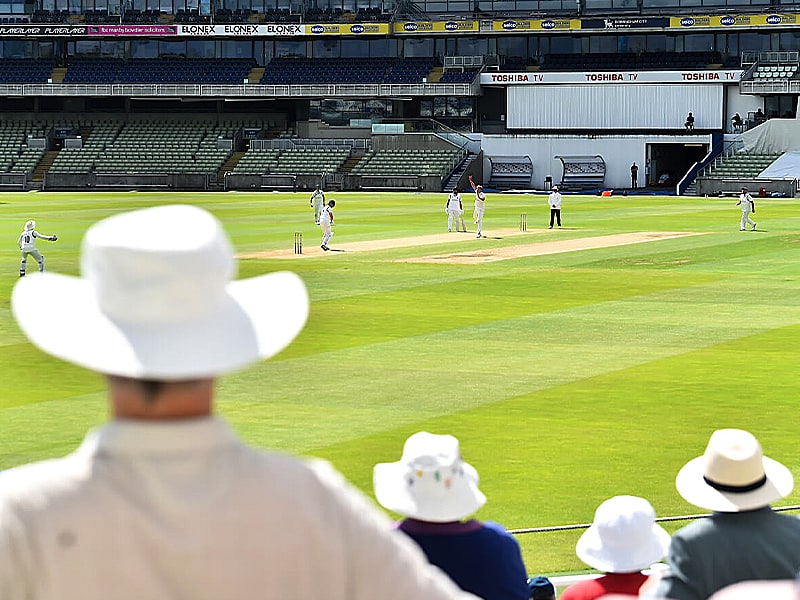 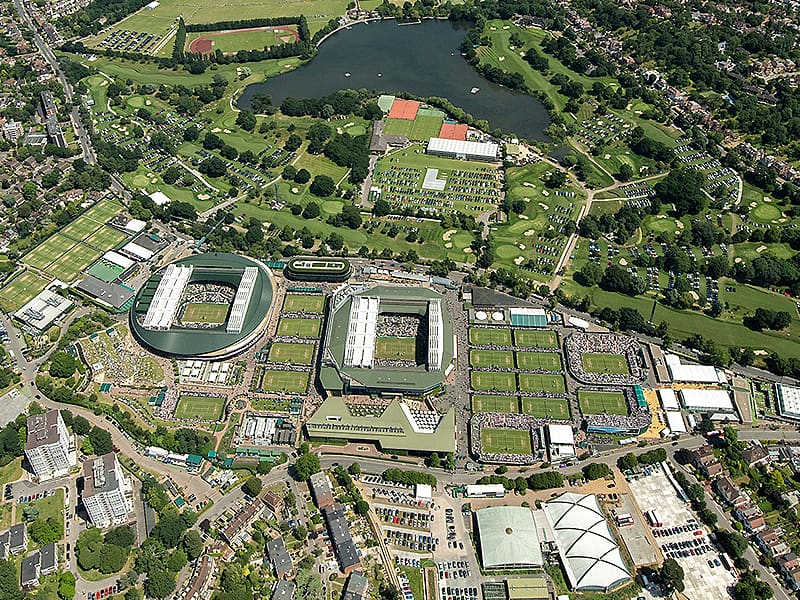 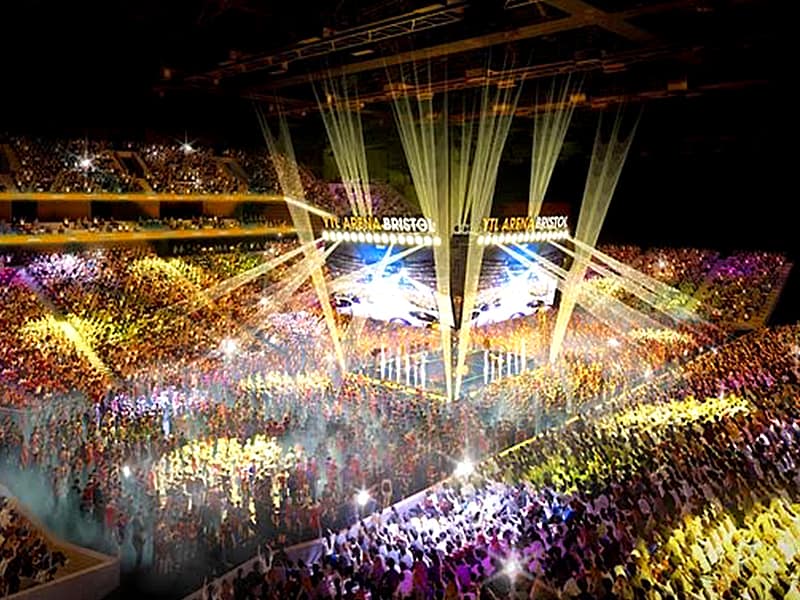 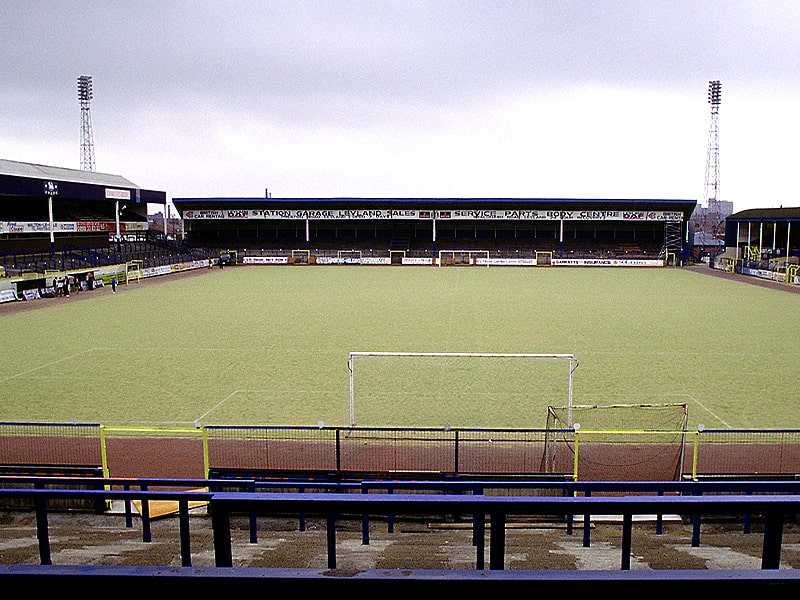