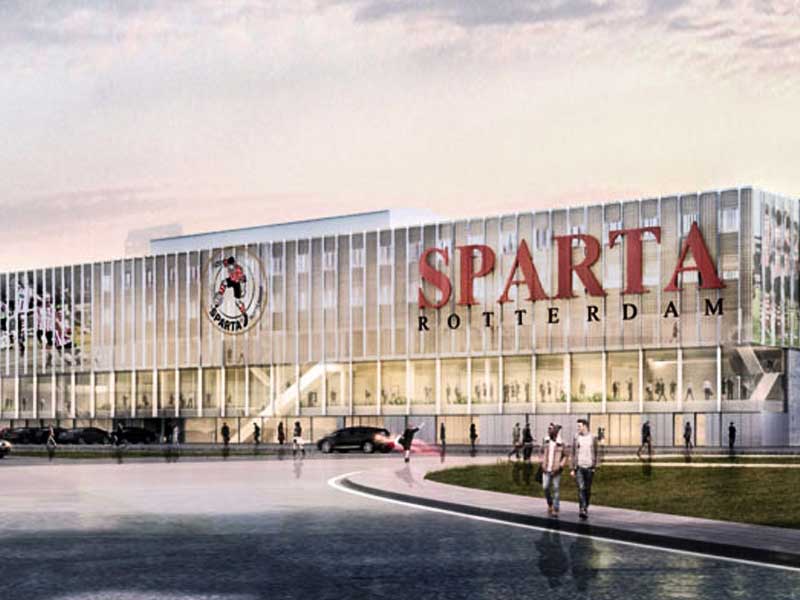 The Dutch professional football club Sparta Rotterdam is aiming to increase revenue increase through upgrades and expansion of its homeground Sparta Stadion, nicknamed Het Kasteel, even as the club focuses on player budget and youth training, according to information from the club’s official website.

The club has agreed terms and now owns its stadium almost entirely, making it easier for it to implement upgrades and expansion.

Although it hasn’t been always easy for Sparta Rotterdam, which is the oldest professional football team in the Netherlands, having been founded in 1888.

Before the 2002-03 season, Sparta had always played at the highest level, the Eredivisie (Premier League). However in 2002, it was relegated for the first time to the Eerste Divisie, the second tier of Dutch professional football. Ever since, it has been a roller coaster ride for the club.

Not just that, just four years after their current stadium was built, Sparta had to sell even its football facilities to the city in order to rescue the club during financial distress.

Most of Het Kasteel was then bought back in 2010 but not all. Agreement with the city isn’t a problem but part of the ground has been owned by a real estate fund.

This November, Sparta was finally able to announce that a deal was sealed with the partner and the club now owns almost the entire stadium, except only for portions in the historic ‘castle’ part.

The news comes at a crucial junction as Sparta hopes to upgrade the stadium sooner than later, increase revenue from its operation and, eventually, also increase the capacity. Talks with the city are already ongoing about the extent of changes possible and Sparta hopes to have a financial structure in place soon.