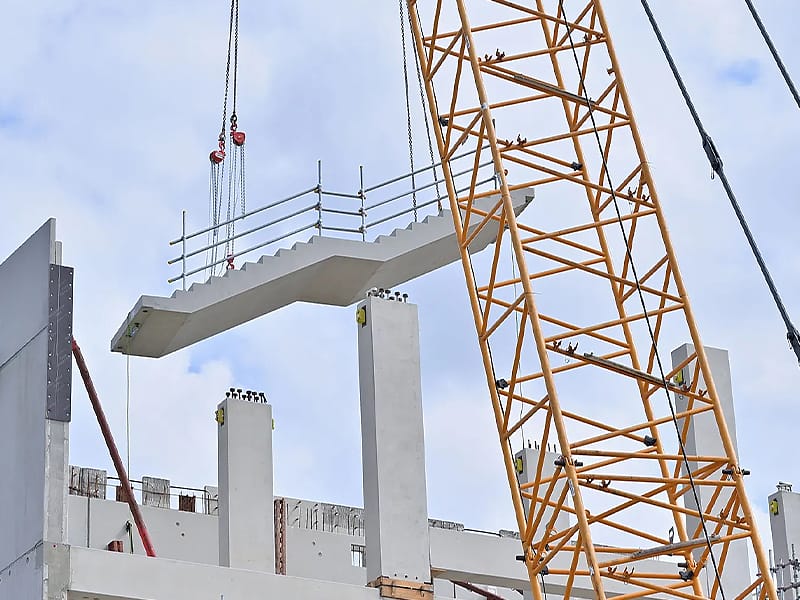 The Everton Stadium in Liverpool, UK, is set to enter a transformative phase in 2023, with work ramping up on the internal works.

‘Everton FC’ stated that as the external appearance continues to develop, the race is on to make the build watertight to allow tradesmen to begin work in installing hundreds of miles of piping, wiring and the internal fittings.

The Everton Football Club is an English professional association football club based in Liverpool, UK, that competes in the Premier League, the top tier of English football.

The Everton Stadium at Bramley-Moore Dock is an under-construction football stadium that will become the home ground for Everton F.C. Located on Bramley-Moore-Dock in Vauxhall, Liverpool, England (UK), it is due to open for the start of the 2024-2025 seasons, replacing the Goodison Park.

‘Everton FC’ quoted Everton F.C. Chief Stadium Development Officer, Colin Chong, as stating, “I think we should just warn spectators that in 2023 it will look like things are slowing down from an external perspective. A big milestone that people will want to see is the East stand steelwork that will fill in the gap between the North and South steelwork. However, it will slow down externally, although internally it’s going to be a hive of activity. In real terms, the fit-out is starting in January 2023, when we will start putting all the wires and piping in. People won’t notice it as much, as it’s internal, but it’s equally as important to the stadium development as the roof going up.”

As with the external concrete and steel components, much of the internal walls are pre-manufactured in factory conditions and transported to site in just-in-time slots for installation.

All mechanical, electrical and plumbing (MEP) systems in the stadium will be manufactured offsite in the Oldbury (West Midlands) factory of Laing O’Rourke’s specialist MEP business, Crown House Manufacturing.

The six-foot high modules and an innovative product called Techwall, will be delivered to site, lifted into place, connected and commissioned, in an approach that helps save time and energy.

Explained Chong, in a special Official Everton Podcast on the stadium build, “There are life-safe systems, resilience to be planned and all the toilets on the concourses will be coming in modules, pre-manufactured. The pipework will arrive pre-manufactured, tested in the factory and be offered up and connected, so there are less connections throughout the whole building. There’s less welding, so less risk of fire and it’s the modern way of building things. Again, we’ll be working on all four concourses simultaneously, along with the hospitality lounges starting, probably in March. The skeleton of the dressing rooms is already in place (in the West Stand). We’ve got the pit for the hydrotherapy pools and all the apertures for all the incoming services. There are hundreds of miles of beer pythons that have to go in at some point and they’ll all start to go in next year (2024).”

Added Chong, “We ramp up with people and we’ll end up with 1,000 people there next year and probably up to around 1,400 on site the year after. There’s a whole host of things going to happen this year, but not a lot of people are going to notice it because it’s going to be hidden.”

A reminder that Everton is inviting supporters to take part in a series of surveys that will help shape matchdays and the overall visitor experience at the new stadium.

The wideranging research will allow the club to build on the results of previous fan surveys to provide a thorough understanding of the expectations of supporters in relation to the new stadium.

The survey will be open until 10 am of January 9th, 2023, giving fans the chance to share their views and preferences.