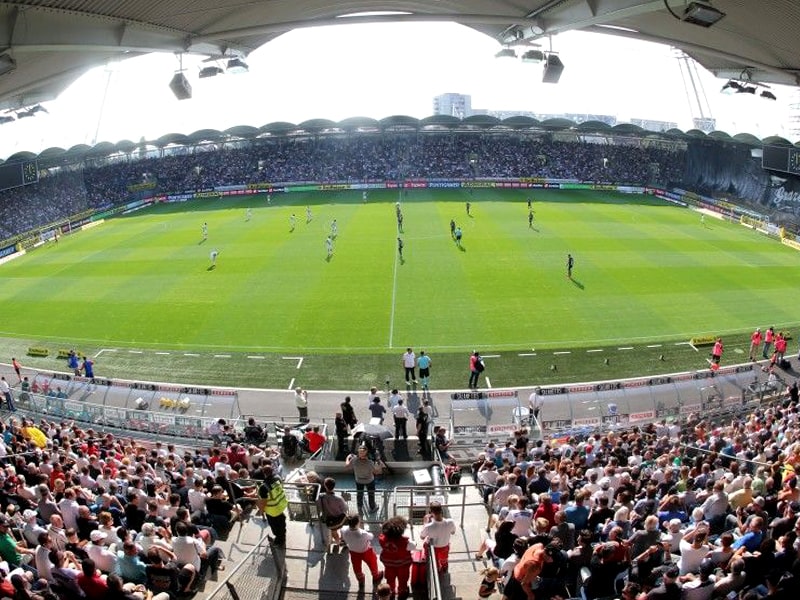 A lot of debate is going on over the ground of the Austrian association football club SK Sturm Graz based at Graz, Styria in Austria – Merkur Arena. Sturm and GAK (the Austrian sports club based in Graz) are currently sharing the venue. Sharing the arena is a contentious issue for both the clubs. Apparently, there is already a plot of land for a new structure.

Media reports stated that a real estate company Asset One Immobilienentwicklungs-GmbH has granted the Sturm Graz a right of first refusal on a sports facility spread over 100,000 m² area at Graz-Puntigam in the Austrian province of Styria. The price tag of the property is around 20 million euros. The general concept is that a corporation should buy the property and then lease it to the club. With financial support from investors, a new arena enjoying a training center could come up there.

It is reported that Sturm Graz had knocked on the door of the Dutch brewing company Heineken Group – “But the second largest brewery group in the world is said to have declined.”

Till now, the plan was that Graz AK will move out of the Merkur Arena in the case of a two-stage solution for Graz and to have a smaller stadium. A new facility for Sturm (which they aspire) is a new development.

Both clubs are sulking over the politically enforced solution that both Sturm and GAK should play at Liebenau in Austria. Sturm Graz wants the Merkur Arena only for itself. And many fans agree with this – “Storm needs a home!” But, the problem is that the stadium belongs to the city.

Sturm-Boss Christian Jauk is fired up for his own stadium – “We are a member association and want to remain one. From an economic perspective, you need a home. Without the Gruabn, storm would not have become storm.”

“In German-speaking countries there is no longer an example where several clubs play in the same stadium. Everyone markets their stadium themselves. The costs are lower due to less bureaucracy and sharing same stadium means space problems. In the 1970s, there were five stadiums in Graz with a capacity of 10,000. Graz has grown since then. Young talent, women’s football, that needs infrastructure,” argues Jauk, who sees the stadium as an engine.

“Sturm pays seven million euros to the public sector every year. In addition, we would make a million contributions if we got construction and lease rights for Liebenau. We want to do something for the common good!” he stated.

GAK President Harald Rannegger understands why Sturm’s want a stand-alone facility – “With the division, Sturm has a competitive disadvantage. The constant redesign or the fact that nothing remains of the bar does not make a divided stadium easy. But Liebenau was built with tax money – it would be difficult for voters to explain if the city gave the stadium away.”

Rannegger further states, “We have the opportunity to switch to Liebenau if that is necessary. That chance would be gone. I think two large stadiums are a utopia, and a new arena in Weinzödl (in Austria) is unrealistic for a number of reasons. For comparison: We have been working on a grandstand there since 2017. How long would a new stadium take? What does it take? A round table!”

Graz City Councilor Kurt Hohensinner (ÖVP) holds out little hope for Sturm, “The takeover of the stadium by Sturm is an idea of the club. The SK Sturm is cordially invited to come to us for a conversation with this idea.”

He minces no words while stating, “We want to slow down the euphoria. There is a factual situation that makes a takeover difficult or impossible. You always have to do the calculation with two clubs, Sturm and GAK. Because we know that both need the Merkur Arena for the league licenses.“

Hohensinner recalls the massive investments made by city and country in recent years – “Thirteen million euros went to bring the stadium up from scratch.“ 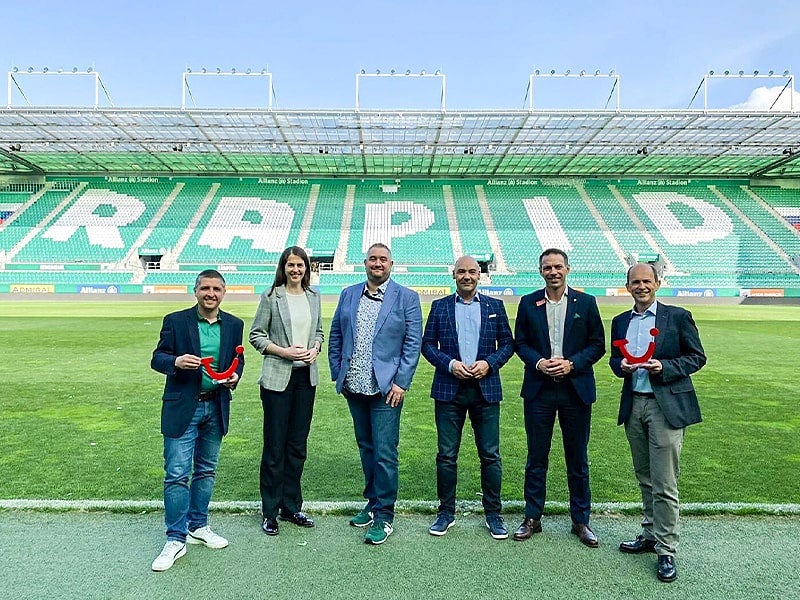 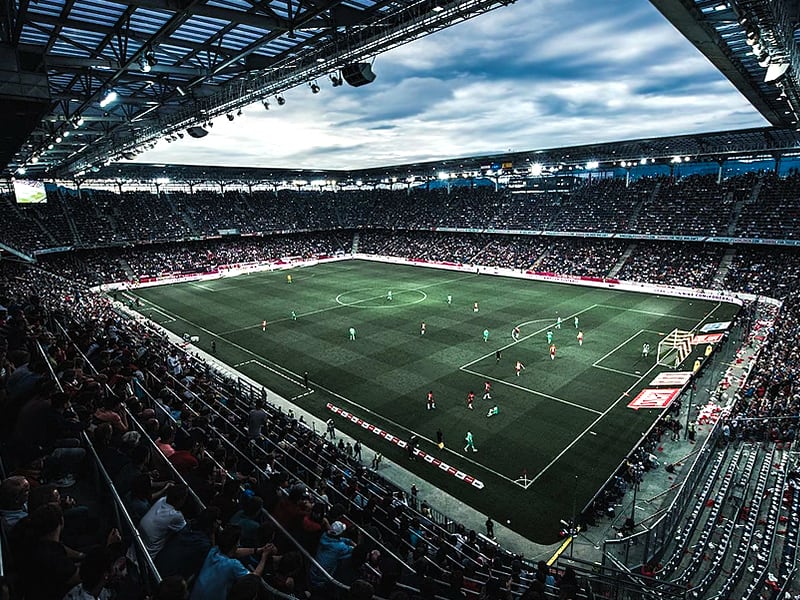 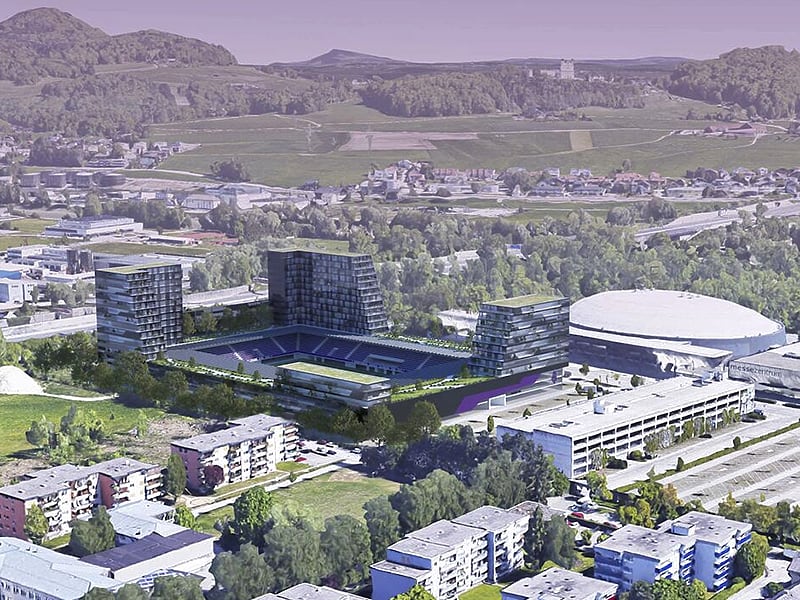 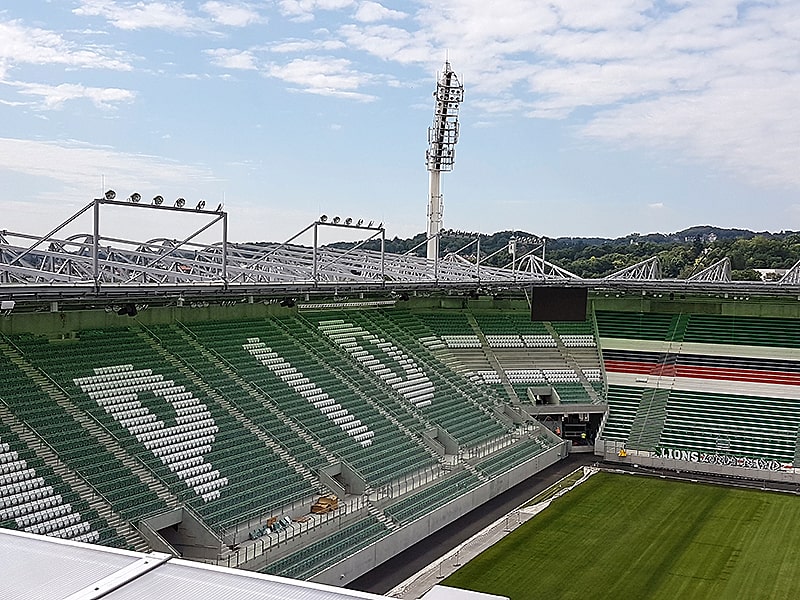