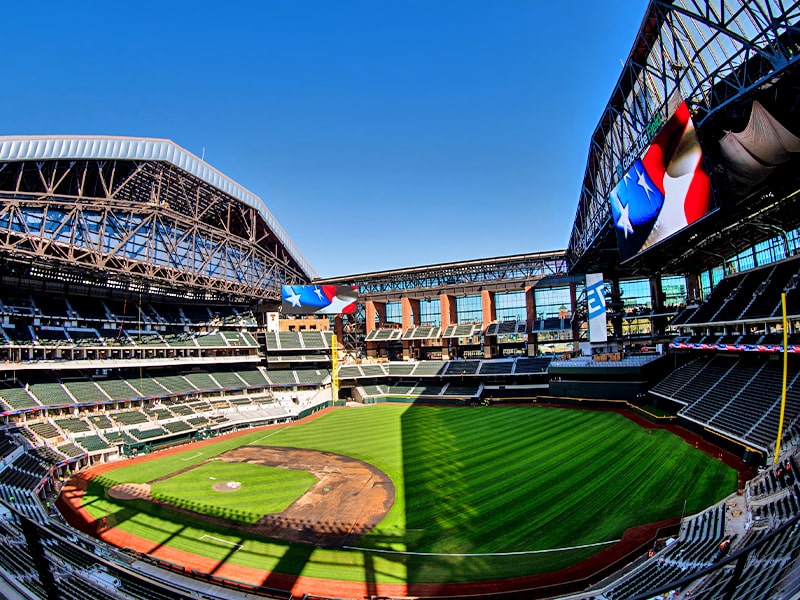 The Globe Life Field, which was all set to open on March 23, 2020, has now been delayed and is now likely to open in mid-April as Covid-19 takes a monstrous form the world over.

Globe Life Field is a baseball park under construction in Arlington, Texas, in US. It will serve as the home of the American professional baseball team Texas Rangers of Major League Baseball (MLB).

The Texas Rangers has announced a number of new collaborations as its new venue will open doors once the Covid-19 situation comes under control.

Japanese automotive company Lexus has given its nod to a deal to sponsor the Lexus Home Plate Club, which will be located directly behind home plate at field level and include seats that the Rangers say are “as close to the action as any other MLB fan experience”. The club will boast a full-service bar and an in-seat food and beverage service.

The details of Evan Williams Lounge, a premium space devoted to guests which will offer field-level views of the game, has been revealed by the Rangers. It will be located directly along the first base line and into right field and will enjoy private bars, concessions and restrooms, and smart tablets to provide a quick and efficient service. Evan Williams is the world’s second largest-selling whiskey brand.

Insurance company Germania will sponsor the Germania Insurance Lounge, another premium and exclusive space with field-level seats. Like the Evan Williams Lounge, it will attribute for private bars, concessions, restrooms and smart ordering through tablets.

The Jim Ross Law Group will sponsor the upper suite level at Globe Life Field after pencilling a five-year deal with the Rangers. The Arlington-based company will work in the capacity of the official law firm of the Rangers.

To keep guests’ spirits soaring high, the craft beer company Karbach will sponsor the Karbach Brewing Sky Porch, a “one-of-a-kind” area in the upper level in the left field. It will feature Karbach beer and a barbecue, offering unique seats directly in front of the Sky Porch.

Kubota Tractor Corporation has also signed on the dotted line as the official on-field equipment partner of the Rangers, with its products to be used exclusively to maintain the stadium as part of a multi-year deal.

Work on the 40,300-capacity Globe Life Field is 98 percent complete ahead of its grand opening. If things would have gone as per track, the highlight of the inaugural ceremony would have been a Chris Stapleton concert (country music artiste Stapleton and promoter LiveNation had decided to postpone at least four tour dates, including one scheduled for March 23 in Arlington, which was supposed to be the first event in the new stadium) as Covid-19 scourge shows no signs of abating.

MLB has also put its season on hiatus, meaning the March 23-24 Rangers exhibition games would be lost for good and the first regular-season game scheduled for March 31 would be postponed.

The Rangers had been expecting about 37,000 fans for the concert, more than 30,000 for the March 23 exhibition against St. Louis and was sure that all 40,000 tickets would be sold out for the home opener. The Rangers were supposed to play five regular-season home games between the opener and April 9, the earliest date MLB will open the season (though most expect the delay to run longer than that).

Globe Life Field has been built across the road from Globe Life Park, the Rangers’ former home, which has been converted into a multiuse facility that will host the Dallas Renegades XFL American football franchise and North Texas Soccer Club, which competes in the United States League (USL) League One division.

Globe Life Field is the baby of Rob Matwick. Matwick is the Rangers’ Executive Vice-President for Business Operations.

But, with coronavirus taking a pandemic form, it has become clear that he is not going to show off his billion-dollar baby any time soon. He has spearheaded the construction work on the Globe Life Field. He has literally spent all his waking hours in the last three years monitoring the project.

But, with the National Basketball Association (NBA) shuttering operations after the coronavirus had infected the league, Matwick decided that the stadium opening ceremony could not be held any longer on March 23.

Stated Matwick, “There were honestly mixed feelings. We were disappointed the show couldn’t go on, but there was also some relief that everybody made decisions in the best interest of the fans, the staff and the community.”

The last thing that Matwick and the Rangers want is the spread of coronavirus by going in for the stadium inaugural.

For the Rangers, meanwhile, work goes on at Globe Life Field. There was something of a mad rush to finish punch-list items before the Stapleton concert and that work was expected to continue through the exhibition games and the Rangers’ first road trip.

The delay due to coronavirus gives crews the opportunity to finish those projects.

At one point of time, there were more than 1,000 construction workers in the stadium, but with the coronavirus scare the number has come down greatly. Matwick said he did not expect any stoppage in the project.

A clear picture has emerged – when the Rangers will be finally in a position to inaugurate the stadium, all construction-related small works in the stadium will likely be over.

Matwick summed up by saying, “I’m trying to remain optimistic. Hopefully, with the measures we are taking, we will get past this. And when we do, we will get to show off the facility exactly as we’d like it to be. We’re disappointed we could maintain the schedule of events, but we’re in a situation we haven’t seen, at least not in my lifetime.” 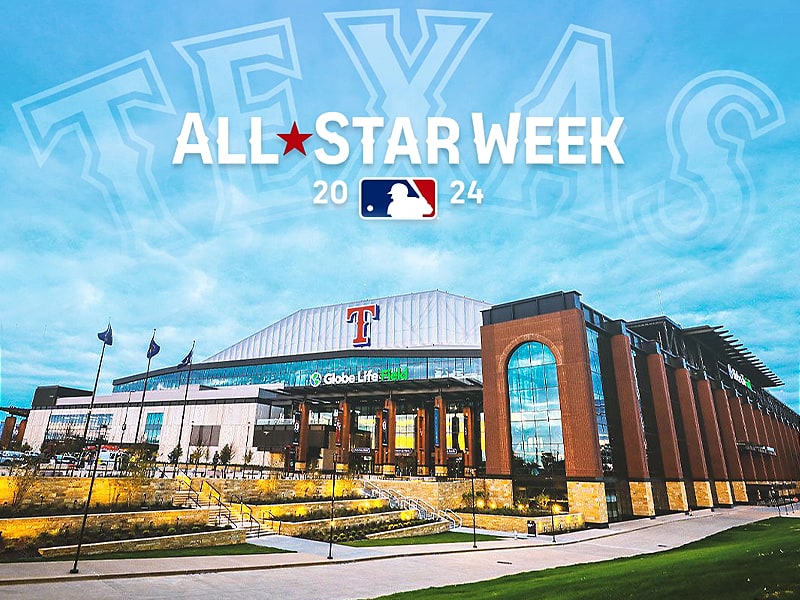 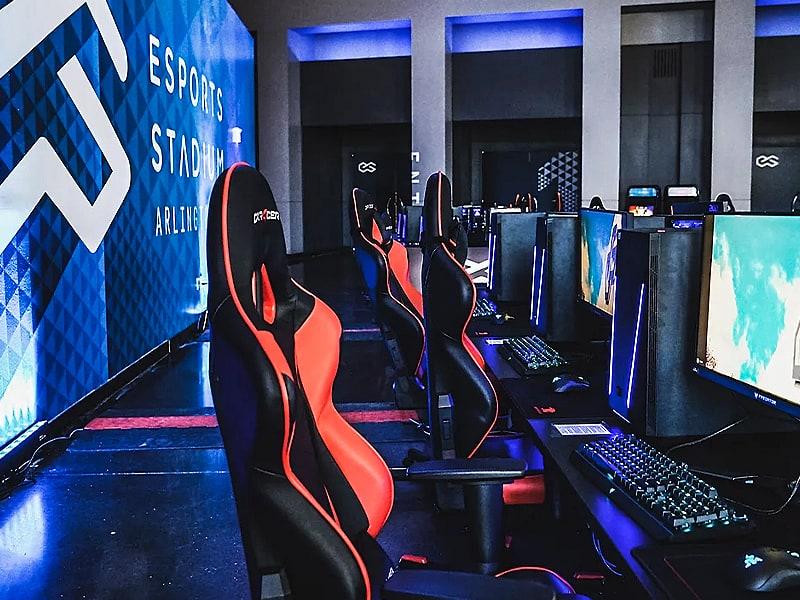 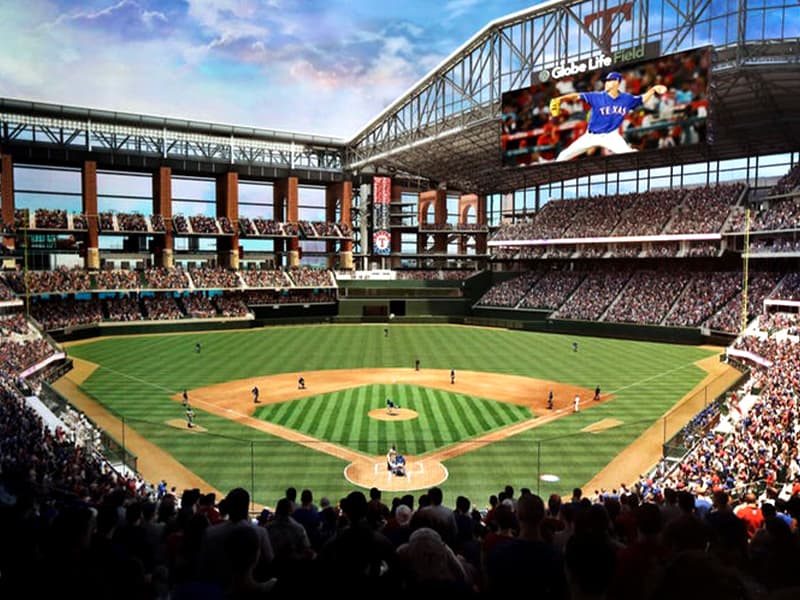 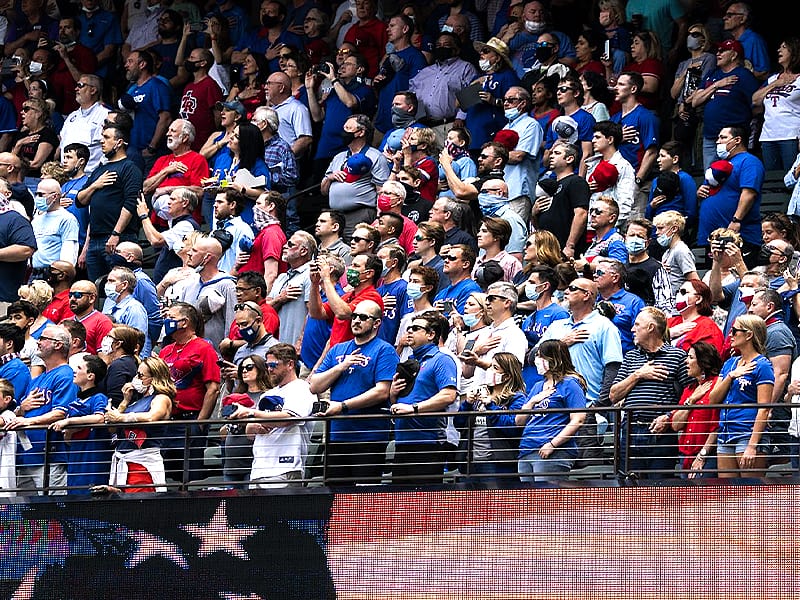