The Lions owner pass the baton to Wilf family 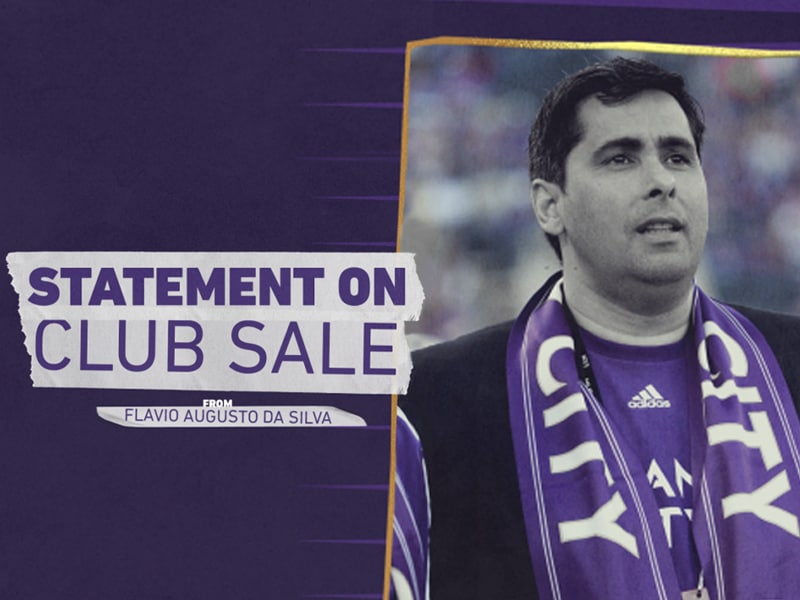 Longtime Major League Soccer (MLS) team Orlando City SC (US) owner Flávio Augusto da Silva sold the club on May 12th to the Wilf family, who own the National Football League (NFL) team Minnesota Vikings. This piece of news was given by a Minnesota Vikings executive.

Augusto da Silva and the Wilfs will now enter a 30- to 60-day closing period, meaning the ownership transition will take place in June or early July this year. The Major League Soccer (MLS) Board of Governors must give their nod to the sale now that it’s been finalized between the two parties.

The Orlando City Soccer Club is an American professional soccer club in Orlando, Florida (US), which competes as a member of the Eastern Conference in Major League Soccer (MLS). Orlando City SC began play in 2015 as the 21st franchise in MLS, succeeding the USL Pro team of the same name.

The 25,500-capacity Exploria Stadium is a soccer-specific stadium in downtown Orlando, Florida (US) which serves as the home ground of Orlando City SC. The stadium is located along West Church Street in the Parramore neighborhood West of Downtown Orlando.

Major League Soccer (MLS) is a men’s professional soccer league sanctioned by the United States Soccer Federation, which represents the sport’s highest level in the United States and Canada. The League comprises 27 teams – 24 in the US and 3 in Canada – and plans to expand to 30 teams by the 2023 season.

‘Orlando City SC’ stated that a statement sent out by Flávio Augusto da Silva read, “After eight years, a new chapter has opened for Orlando City SC, as I announce today (May 12th, 2021) that we are in advanced negotiations with the Wilf family to purchase Orlando City SC of MLS, the Orlando Pride of the National Women’s Soccer League (NWSL) and our related soccer assets. With their passion for the sport and Orlando’s two teams that are in position to compete for trophies, I am confident that the Wilf family will continue to push Orlando City SC to new heights and lead the club into this next phase, both on and off the field.”

The statement further read, “In 2013, I became the majority owner of a thriving team in the United Soccer League (USL) that I knew had an unlimited potential to become one of the most exciting clubs in America. Today, I can confidently say that both Orlando City SC and the Orlando Pride have set the standard for soccer organizations around the world, a true testament to the dedication of our passionate supporters – fans, front office staff, players, minority owners and partners – that continuously fueled us to strive for unprecedented success.”

‘Orlando City SC’ further quoted da Silva as stating, “As I look back, I am proud of all we have accomplished during my tenure as a majority owner. On March 8th, 2015, we reached the first of many milestones we set for ourselves, with 62,510 fans making history and introducing Major League Soccer to Orlando City SC. A year later, we brought women’s soccer to Central Florida in front of another record-setting crowd.”

“We fulfilled our promise and opened the doors to our beautiful privately-financed stadium in downtown Orlando, and delivered two state-of-the-art training facilities for our teams. Our home, Exploria Stadium, has not only hosted some of the game’s biggest international events, but has also become the blueprint for soccer-specific venues across the country. We’ve welcomed some of the world’s global icons to our teams, while also establishing an academy that will produce the future stars of our sport, and made some incredible memories in between it all.”

“While we expect the acquisition to be finalized over the coming months, I’d like to take this opportunity to thank you, the Orlando City SC family, for being a part of my journey and for embracing our club as such an integral part of our community,” the statement concluded.

Remarked Vikings Executive Vice-President of Public Affairs, Lester Bagley, who has worked closely with the Wilf family on a variety of projects for the past 16 years, “The Wilf family is excited to become stewards of the Orlando City Soccer Club of MLS and the Orlando Pride of the NWSL. Among our goals are to build championship soccer clubs for the passionate and loyal soccer fans of the region, provide a best-in-class fan experience and use our platform for positive impact on the Orlando community. We are optimistic that our acquisition will be finalized after the customary closing process is completed, and we look forward to making an official announcement in the near future.”

‘The Orlando Sentinel’ further stated that before closing, the sale was reportedly valued between $400 and $450 million.

The Wilf family consists of Vikings owner and Chairman Zygi Wilf, his brother Mark Wilf, Vikings Co-Owner and President and their cousin Leonard Wilf, Vikings Co-owner and Vice-Chairman. Mark has been the family’s leader in expanding into the soccer ownership landscape.

MLS ownership has been a longtime goal for the family, which first bid for a franchise during the MLS team Minnesota United expansion in 2015.

Although the Wilfs ultimately lost the bid to Bill McGuire – who promised to build a soccer-specific stadium rather than a multiuse facility like the Vikings’ 73,000-capacity U.S. Bank Stadium in Minnesota – they continued to pursue ownership.

Instead, they became minority owners of MLS team Nashville SC in 2017, a stake they will now be required to sell in order to assume ownership of Orlando City.

Bagley informed that apart from their longstanding interest in MLS, the family is also eager to delve into women’s soccer ownership. The Wilfs were drawn by both the potential of the Orlando Pride and the broader growth of the NWSL in recent years, and the family aims to build the Pride into a consistent playoff competitor alongside ‘The Lions’.

The Wilfs bought the Vikings in 2005 for a reported $600 million, where they operated as hands-on owners for the following 16 seasons. The family organized the construction of U.S. Bank Stadium, a $1.061 billion project that opened in 2016 with nearly $500 million in taxpayer funding from the City of Minneapolis and State of Minnesota.

The stadium was built “specifically with soccer in mind” as the team chased the Minnesota United bid. It has since hosted the US women’s national team and top competitors like Premier League team Chelsea F.C. and AC Milan in the International Champions Cup, along with the 2017 Super Bowl and the ESPN X Games.

Conversations between Augusto da Silva and the Wilf family have been ongoing on an off-and-on basis for nearly two years.

Augusto da Silva paid the $70 million expansion fee to bring Orlando City to MLS in 2015, and then solely picked up the tab for the construction of Exploria Stadium, which is now estimated at a value of at least $180 million.

Although he was deeply invested in the club’s first seasons in MLS, Augusto da Silva always had plans to sell a majority stake in the club by its eighth season in order to pursue his goal of focusing on philanthropy by his 50th birthday in 2022.

Orlando City is presently in its seventh MLS season and 11th year as a franchise. The Lions are undefeated through their first four matches of the season as they chase the goal of winning a first-ever MLS trophy following the success of the 2020 season under the wings of their new coach Oscar Pareja.

Exploria Stadium, the home for Orlando City SC of MLS, and the Orlando Pride of NWSL, will open to full strength in June this year as the coronavirus scenario gets better in the United States with vaccine rollout. An announcement in this regard was made on May 17th. Beginning with the Pride’s June 20th fixture against their peer team NJ/NY Gotham FC and Orlando City’s home game against the MLS team San Jose Earthquakes on June 22nd, all seats in the arena will be available, subject to the respective league’s current rules and guidelines.

Orlando City SC CEO Alex Leitão observed, “Over the last year, our fans have been incredible in taking the necessary steps to keep our community as safe as possible so we can eventually bring Exploria Stadium back to full capacity and, today, we’re excited to announce that that moment has arrived. With the rates of vaccinations growing each day across Central Florida, as well as the continued safety protocols in place from both our local authorities, MLS and the NWSL, we can’t wait to welcome a full stadium of supporters back to our beautiful venue to cheer on our teams.”

‘Orlando City SC’ stated that with the increase in capacity, most Season Ticket Members and Partial Plan holders will have access to their originally selected seats, which will be uploaded into Season Ticket Member accounts. Select seats located near player areas such as benches and the competition tunnel will not be available due to league COVID-19 protocols. Season Ticket Members who are impacted will be contacted directly by a representative from the Member Services team.

Since the coronavirus threat is not over, health and safety protocols will remain in place for all City and Pride matches, including hand sanitization stands placed throughout the venue, strict cleaning and sanitation implemented before, during and after events and increased cleaning staff presence. In addition, the club will also continue to operate in concert with both the MLS and NWSL medical protocols.

Single game tickets for all regular-season matches from June onwards will be available to the general public beginning May 21st, for Orlando City and May 25th for Orlando Pride.

A limited amount of inventory remains for City’s May 22nd matchup for those looking to become ticket plan holders.