‘The Red Devils’ in no hurry to revamp home 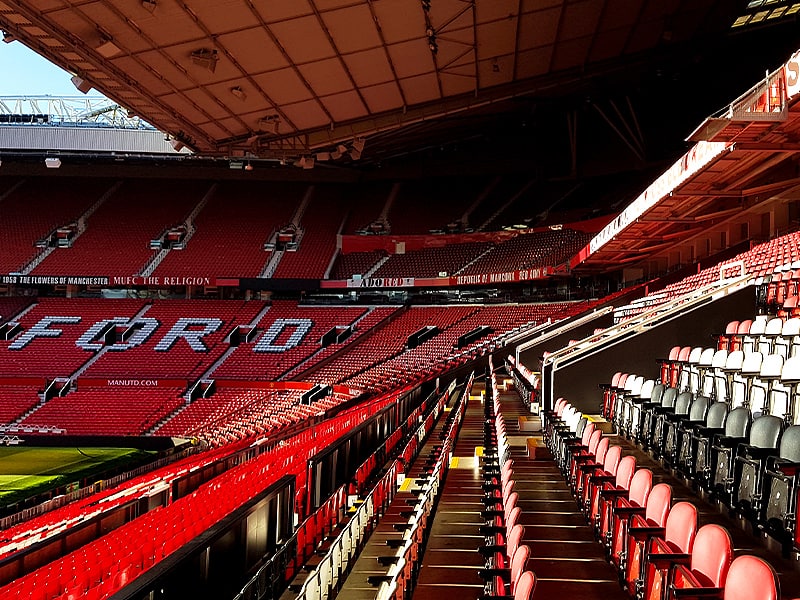 Premier League club Manchester United (UK) insists they are “open” to expanding their residence – Old Trafford – but have made it clear that presently there are no plans to do so.

The ‘Manchester Evening News’ stated that United have not increased Old Trafford since the North-West and North-East quadrants were set up in March 2006, taking the capacity to circa 76,000.

Plans for the quadrants were announced in March 2004 – 14 months before the Glazer family completed their takeover of the club. During the Glazers’ 16-year ownership, United have made a handful of upgrades to its digs.

The ‘Manchester Evening News’ further stated that the former captain of Manchester United Gary Neville echoed the views of many matchgoers recently by opining the stadium is “rotting”.

The roof of the Sir Bobby Charlton Stand at Old Trafford continues to leak and water gushed down from the Stretford End roof prior to the April 2019 derby.

In the minutes from the fans’ forum held on April 16th, a United supporter asked, “As there have been no fans in attendance for over 12 months now has the opportunity been taken to make any significant alterations or improvements to the stadium during this period either externally or internally. What are the club’s plans for renovating the stadium and increasing capacity? It is looking tired in comparison with other stadia, for example, Tottenham’s new ground.”

Collette Roche, United’s Chief Operating Officer (COO), had this to say, “Since 2005, over £100m has been invested in the stadium, including the £20m investment last season. We’re looking at an investment plan while maintaining what makes Old Trafford special. Part of the allure of Old Trafford is the fact that it’s a stadium that was built in 1910. Our vision is to rejuvenate the stadium but keep it feeling like it is Old Trafford. That’s the perfect solution for us.”

Added Roche, “There are no plans currently to increase capacity significantly, but we would not rule it out completely in the long term. There are ongoing work streams to review opportunities to slightly increase the capacity in a number of locations, however, this work is on hold until we can access the stadium properly again.”

She further pointed out, “It is worth noting a few specifics: The £11m upgrade to our disabled facilities is completed. These will be state-of-the-art and among the best in Europe. Once fans are back at Old Trafford we can test these facilities and then officially open them. We remain committed to installing barrier seating in the North-East quadrant and, while work has been on hold due to the pandemic, we plan to commence installation in the summer. We will be working with the Trafford Council to discuss and finalize the specific conditions and hope to have the barrier seating section operational once we are back to full capacity.”

« Previous News: Venue ace to run the show of Grêmio home
» Next News: Japan plan 10,000-fans cap ahead of Games