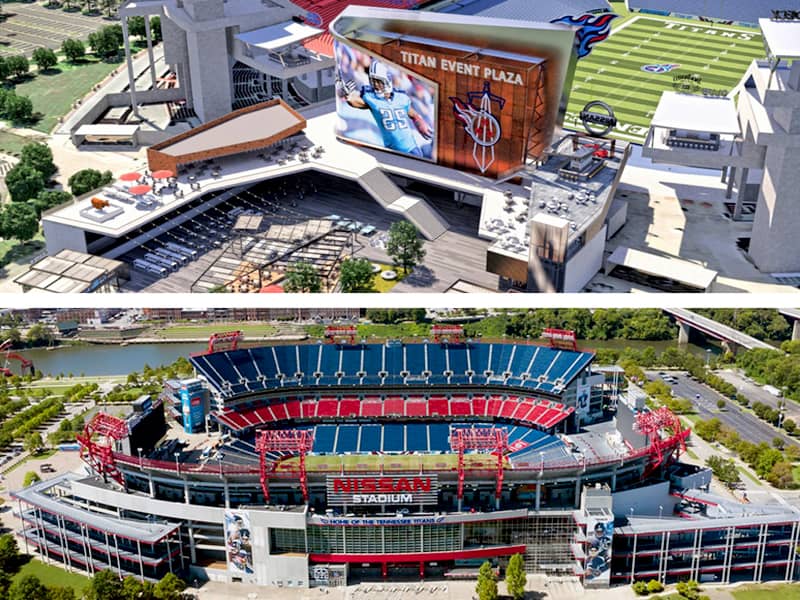 The professional American football team Tennessee Titans is looking for feedback from fans and season-ticket holders as the team works to reinterpret its residence – Nissan Stadium (US) – and the immediate area in its vicinity.

The Tennessee Titans are a professional American football team based in Nashville, Tennessee (US). The Titans compete in the National Football League (NFL) as a member club of the American Football Conference South division.

Home to the NFL’s Tennessee Titans, Nissan Stadium is a multipurpose sports and entertainment venue located on the East bank of the Cumberland River across from downtown Nashville.

The Titans are presently engaging fans in focus groups and survey work examining different ideas for the upcoming reconfiguration of Nissan Stadium.

The images, which were included in a stadium experience survey sent to a group of season-ticket members on Monday, have been termed as concept art. Though several ideas are being considered, but nothing has been finalized to date.

The Titans wants to go in for repurposing of its digs keeping the fan comfort quotient at the heart of the whole development. The objective is to develop a range of products and equip the facility with state-of-the-art amenities so that fans can get to experience an enthralling experience across the spectrum – from free and available to all, to super-premium and everything in between.

Last week, the Titans and Mayor of Nashville John Cooper announced that the Metro Government and the team are engaged in a formal dialog as regards the arena’s future. The discussions are said to be revolving around securing the Titans’ future in Nashville and to “facilitate the creation of a new Nashville neighborhood surrounding the facility”, as per a news release.

The vision for the East Bank neighborhood project is expected to generate thousands of jobs and create millions in new tax revenue annually that would be used to lessen the City’s direct financial burden outlined in the present lease.

“Our biggest priority throughout this process has been to envision a space that Nashvillians would be proud of, built with the community in mind,” Titans controlling owner Amy Adams Strunk said in a statement last week.

“The idea of our stadium in a neighborhood where locals can live, work and enjoy, is something we’ve been focused on for a long time. Not only will the project serve generations of Nashvillians to come, but it will generate the revenue needed to provide Metro with substantial financial relief. We’re so appreciative of Mayor Cooper’s enthusiasm for this project,” Strunk’s statement further read.

Current concepts for the neighborhood include a gathering of mixed public and private use facilities such as riverfront parks, verdant space, housing, offices, retail and restaurants, according to a news release.

Officials from Metro and the Titans front office will continue to deliberate on more details about the project and lease extension in the coming weeks.

A statement sent out by Mayor Cooper read, “The plan for a vibrant neighborhood along our City’s East Bank, bringing people closer to parks and creating opportunities for local businesses, is a huge opportunity for our community. I am committed to a solution that best fits the needs of Nashville, and I know the Titans share that same commitment.” 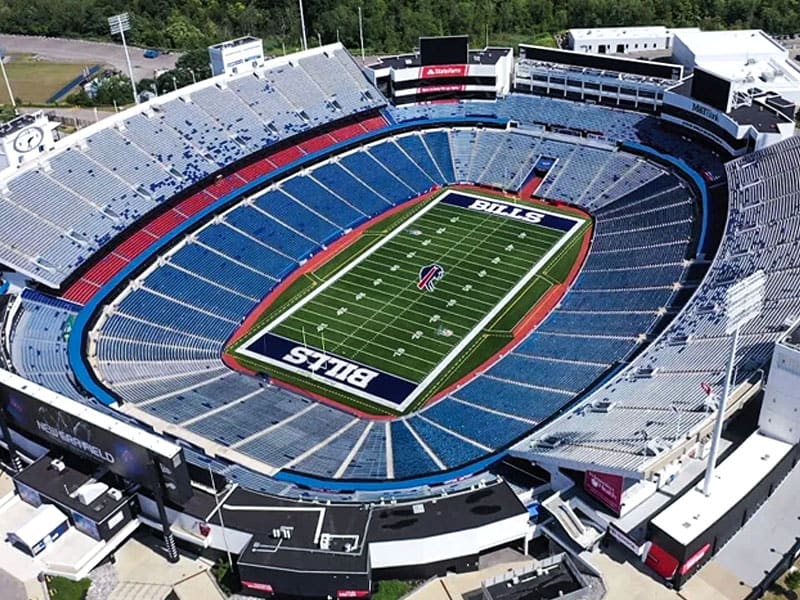