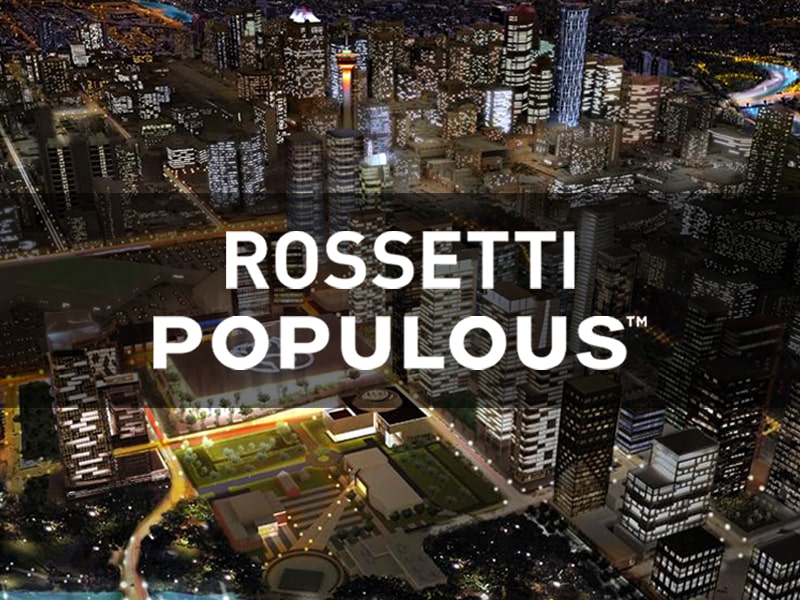 The Calgary Event Centre project has brought in the top guns of the sport architecture world – Rossetti and Populous – to compete for designing the National Hockey League (NHL) arena.

The Calgary Event Centre is a planned arena complex to be built in Calgary, Alberta, Canada. It will come up in lieu of the Scotiabank Saddledome, home of the Calgary Flames of NHL. Construction will begin in 2021 and will be able to accommodate 19,000 supporters.

Construction is set to start on August 1, 2021. The timetable calls for the arena to open in time for the 2024 Calgary Stampede, traditionally held every July, and the 2024-25 NHL seasons.

The National Hockey League (NHL) is a professional ice hockey league in North America, presently comprising 31 teams: 24 in the United States and seven in Canada.

Architecture giants Rossetti and Populous, who go nip and tuck in sports facility development, have joined hands with local firm Gibbs Gage Architects. The other three in the fray are architectural firms HOK/Dialog, Manica Architecture/Brisbin Brook Beynon/S2 and NBBJ/Stantec, said VenuesNow familiar with the process.

Clare LePan, Vice-President of Marketing and Communications for the Calgary Municipal Land Corp., which is the Project Development Manager, were not available to confirm which design practices have been zeroed in. About 10 design teams submitted proposals, VenuesNow said.

VenuesNow said that Rossetti and Populous coming together, although somewhat unusual in sports design, makes sense. Both firms have a major presence in Calgary.

Detroit-based Rossetti has consulted for the professional ice hockey team Calgary Flames over the past few years and developed a blueprint for a sports and entertainment district. Populous is part of the group designing the $370 million renovation of BMO Centre, Calgary’s convention center.

Both Rossetti and Populous have many a plumes to their berets – an impressive portfolio of arena projects, both new construction and renovations, over the past 30 years. Populous alone is designing new NHL arenas in Seattle and New York. Both are $1 billion projects.

Renowned design practice HOK designed two of the most recent NHL venues, Little Caesars Arena in Detroit (US) and Rogers Place in Edmonton, Canada, which opened in 2017 and 2016, respectively. Dialog, with offices in Calgary, Edmonton, Vancouver and Toronto, was HOK’s design partner at Rogers Place.

Rogers Place is a multi-use indoor arena in Edmonton, Alberta, Canada. Construction started in March 2014, and the building officially opened on September 8, 2016. The arena has a seating capacity of 18,500 as a hockey venue and 20,734 as a concert venue.

“Rossetti has been doing a lot of the studies … and (team ownership) likes them,” said Bob Fatovic, a sports planning consultant and a former Principal with Cannon Design with experience developing sports venues in Canada.

“Everybody likes the HOK project in Edmonton, so maybe, Rossetti felt they needed an equivalent partner,” Fatovic added.

Manica Architecture designed Chase Center in San Francisco (US), the new $1.6 billion residence of the American professional basketball team Golden State Warriors. BBB, its Toronto-based partner, has recently been specializing in upgrades to facilities such as TD Garden in Boston, Wells Fargo Center in Philadelphia and Madison Square Garden in New York City.

American global architecture, planning and design firm NBBJ is involved in the $310 million upgrade project at Rupp Arena in Lexington, Kentucky, in US – a project to be completed in 2022.

In Calgary, architects competing for the job face the challenge of meeting a tight budget of about $300 million in hard construction costs for a 725,000-square-foot facility. Multiple sources question whether an NHL facility with all the attractive additional features can be built for that sum, considering the price tags for other big league arenas in development.

The site, just north of Stampede Park near the Scotiabank Saddledome, the Calgary Flames’ current arena, is 6.9 acres, according to the request for proposal issued in late January. The Saddledome, which opened in 1983, and now stands as the NHL’s second-oldest facility behind MSG, will be knocked down after the new arena opens in May 2024.

Fatovic added, “It’s a small site, so there may not be a lot of room for other developments. When you’re looking at costs, you’ve got to figure out what else is included. If it’s a billion dollars, does that include entertainment and retail space outside the arena?”

To this point, there are no mixed-use projects tied to the Calgary Event Centre project.

By comparison, Rogers Place, the home of the Edmonton Oilers (professional ice hockey team based in Edmonton), has a bigger footprint of 819,000 square feet and was built for $465 million. When construction started six years back, though, the Canadian dollar was 5 percent to 7 percent stronger than it is today against the US dollar, sources said.

In Las Vegas, T-Mobile Arena, designed by Populous, cost a total of $375 million. The 650,000-square-foot venue opened in 2016 for the NHL expansion Las Vegas Golden Knights.

Renne added, “You can do it for less than what the latest arenas were built for. It takes willingness for the team to be innovative and consider a different model, which while I was at Rossetti, we were very bullish about.”

The Flames and the city of Calgary are splitting the cost equally to fund the project. The total cost of $410 million covers soft costs such as fees for the architects and construction firms. Cost overruns would most likely be shared between the team and the city, although it’s not clearly defined in the proposal, other than stating an effort would be made to save money through cutting some aspects of design before increasing the budget. 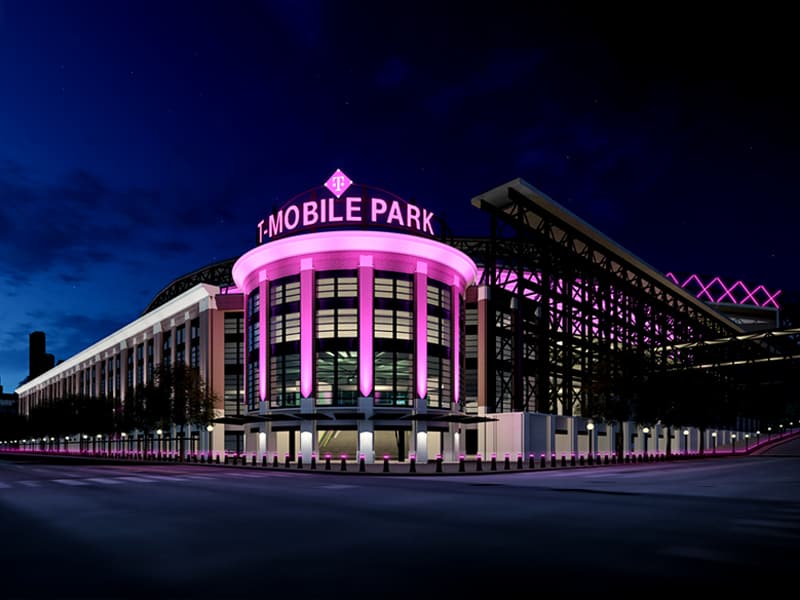 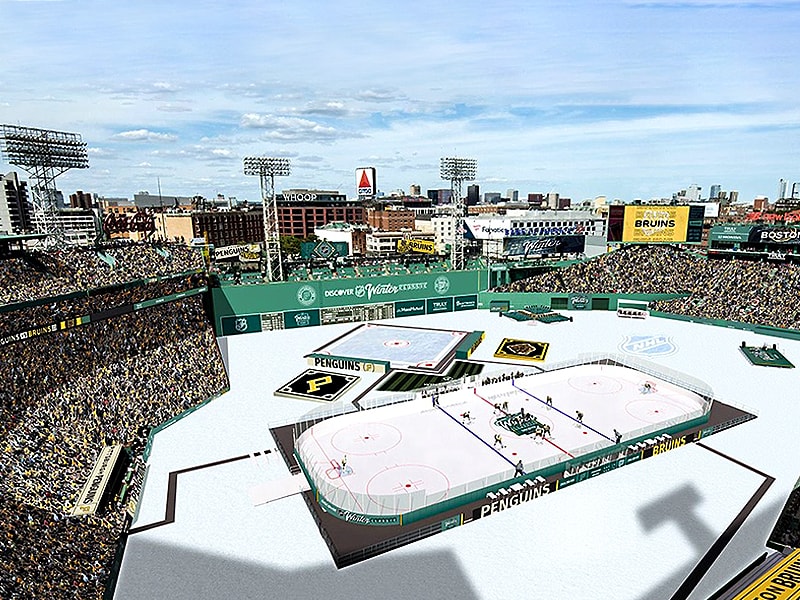 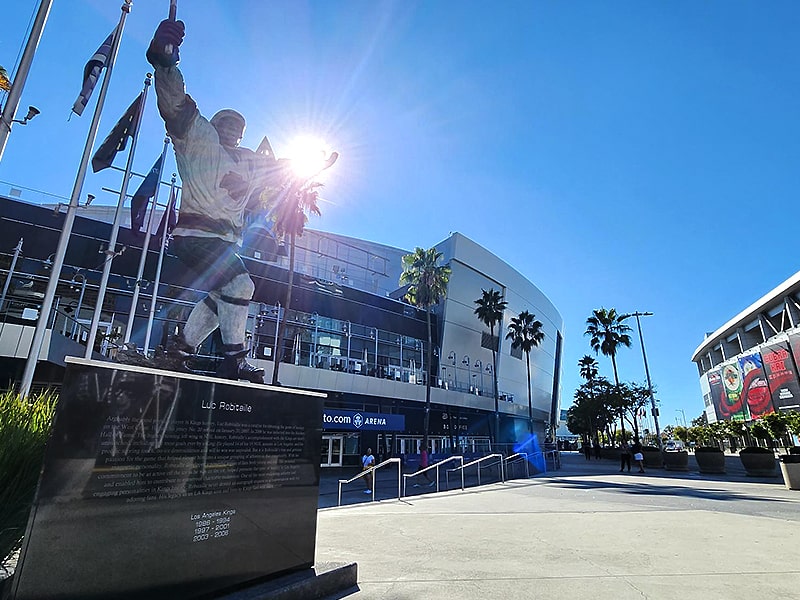