Venue Design is all about the most exciting and innovative newly planned stadiums and arena projects of the future – in one phrase, the next generation of venues. Listen about the newest trends in stadium design. How a stadium is no longer an isolated project but deeply integrated with multiuse urban development models to include hotels, conference centers, retail outlets, and entertainment zones. Also, learn about the huge demand on training centers. Overlay, after all, is a huge part of the buzzword legacy in major event planning.

Serie A (top of the Italian football league system) club ACF Fiorentina – commonly referred to as Fiorentina – is an Italian professional football club based in Florence, Tuscany, Italy. Founded by a merger in August 1926, and refounded in August 2002 following bankruptcy, Fiorentina have played at the top level of Italian football for the majority of their existence. The 43,147-capacity Stadio Artemio Franchi in Florence, Italy, serves as the home of ACF Fiorentina.

Joe Barone, General Manager, ACF Fiorentina, Italy, shares exclusive details with ‘Coliseum’ at the Coliseum Online Week EUROPE Worldwide – held in March, 2021 – as regards the Viola Park project which is the ‘baby’ of ACF Fiorentina owner Rocco Commisso and how the club has had to deal with the labyrinthine Italian bureaucracy as well as the ‘old school of thought’ local municipalities who are not open to the idea of revamping stadia – citing historical factors – to enrich the fan journey.

ACF Fiorentina is all set to boast the biggest training ground at Bagno a Ripoli in Italy which is expected to get rolling in 2022. The Viola Park will be housed just a few yards away from the team’s digs – Stadio Artemio Franchi in Florence.

Stated Joe Barone, “Rocco Commisso is the owner of ACF Fiorentina who bought the club in June 2019. One of the first things that I did here in Florence when I came in is I realized that we have to bring our youth academies together. What struck me most is that the women’s team, the youth academy and the first team were all at different sides. Some sides were on our way from the main side which is across the street from the Franchi Stadium. Everything was scattered. Looking at the state of things, Commisso decided to purchase a land just outside of Florence in a place called Bagna a Ripoli. The 62 acres of agricultural land is where Viola Park would sit. The need of the hour was to bring all the teams together – women’s team, the professional team and the youth academies as well as the employees who work for Fiorentina would all be brought under one village. This decision held a lot of significance for us.”

Rocco B. Commisso is an Italian-American billionaire businessman, and the Founder, Chairman and Chief Executive Officer of Mediacom, the fifth largest cable television company in the United States. As of 2011, the company is privately owned by Commisso.

There was a lot of sweat over the Viola Park Project as Barone puts in, “We worked closely with the powers that be because there were lot of difficulties – difficulties in the sense of converting agricultural land into buildable land and the process primarily took a year in order for us to have that conversion. But, then, some of the difficulties that we were involved in were on the archaeological side too. Franchi is obviously a City and the surrounding which is protected by UNESCO and we had to deal with a lot of unique bureaucratic challenges. We managed to sail through with help from the local municipalities and what worked to our advantage is that the civic body employees were all hardcore fans of Fiorentina.”

Barone continued, “Our Viola Park is made up of 10 professional size soccer fields with two-and-a-half fields in what I call open green area that can be used for makeshift fields for all types of training, it could be used for camps. Our facility includes too many stadiums which are professional-size stadiums. One of them is for our professional women’s team and also can be used for the second team.”

The Viola Park complex will feature the main stadium which will be able to pack in 2,500 spectators and the one adjacent to it will hold 1,500 onlookers.

Stated Barone, “What we decided to do is – make it into pretty much a revenue opportunity for which we have created restaurants, hospitality areas, lounges in order for people to come and be part of sharing this unique experience.”

Explained Barone, “Why do I say revenue opportunities – because in Serie A – like in many leagues – a lot of the teams are currently operating on just the TV revenue that comes in. And so, what we decided to do here is not only try and cover the expenses on the cost of running a Viola Park but we decided to also have opportunities where we have our preseasons during the week.”

He added, “In a pre-COVID world, when the professional team used to have their training sessions, anywhere from 5,000 to 10,000 people would come to watch the training session at the stadium. And those were all unique opportunities for revenue. Also, our Viola Park has an Event Pavilion and this Pavilion can host anywhere up to 400 people. This Pavilion could be rented to our sponsors, could be rented to any other corporate events or weddings if anyone chooses to have their wedding there. We also have a lake and a stream that goes along the Viola Park, we have a chapel, and we have all sorts of amenities that can be used for our employees, but more importantly for our athletes -both on the professional side and on the developmental side.”

He informed that the Viola Park price tag stands at 87 million euros and the expected opening date of the Park is June 2022.

Barone described as “unique experience dealing with different architects, engineers, just amongst internally the Fiorentina staff on the sporting side, the youth side and the women side – just getting different ideas, collecting ideas, speaking to architects and the engineers, and also a lot of consultants from the United States who help us build the project.”

The architect of the project is a local entity – Marco Casamonti of the Archea & Associati design studio – who Barone stated “has done a fabulous job by working with us and our staff and has also helped us guide the bureaucratic process here in Italy and locally in order to get all sorts of permits”.

Barone further put in, “I concentrated primarily on a lot of the aspects of the fields and what the players actually require in order for them to perform which is on the medical side, on the actual pitches themselves, we have a lot of sun and the weather is quite good here in Florence – natural grass is the preferred. But, our two professional fields where our men’s pavilion and men’s training will be both heeded. So, it’s a unique project. I would say one of the most unique projects here in Italy and I am looking forward to the opening.”

He further pointed out, “The biggest issue in Italy is you have municipality stadiums owned by the local municipalities being rented out to the professional teams that play in the City. Some are shared such as the 80,018-capacity Stadio Giuseppe Meazza in Milan, Italy which is shared by AC Milan and Inter Milan. And those are structures that have a lot of history and a lot of the municipalities do not want let those structures go, rightfully so. The conflict of interest arises when new owners decide to build spiffy structures to create a unique experience and the municipalities are not open to the idea. Herein lies the problem.”

Barone further pointed out that it is not about the game per se but how much “are we being able to involve the fans so that they feel that they are also a part of the decision-making process”.

He shared details of Viola Park, “Our venue is multipurpose. The main focus is obviously on our team and the development and training of our players but we have a men’s pavilion which is for the pro-team and a women’s pavilion for the women’s professional team, we have a youth pavilion for our youth academy players – all of those pavilions will come armed with bedrooms, dormitories, hydro pools, anything that has to do with the medical side and then gameday or let’s call that rental opportunities where we can host teams coming in from abroad or we can host a national team that could be playing here in Italy or any of the local teams that would like to rent the facility.”

Barone concluded by stating that mini pitches will be available for the nine-year-olds so that “we can ‘catch ‘em young’ and parents who shepherd them will not be allowed on the field but they can sit inside the glass restaurant which will be close to the stadium and watch their child perform while munching snacks and sipping the best of Italian wine as the restaurant will also act as a full working bar.”

The Viola Park development has had to go through so much of red tape and other issues that once the Park opens its doors, it will literally be voila for Joe Barone and his team who have worked through the sweat of their brows to make the development happen.


« Previous News: Quintain a step ahead with The Olympic Steps
» Next News: Bilbao, Dublin fall from UEFA grace 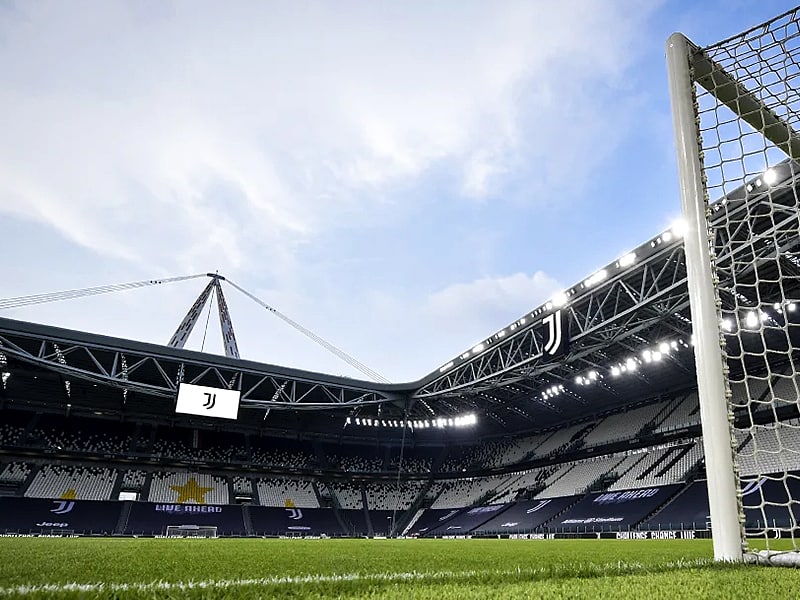 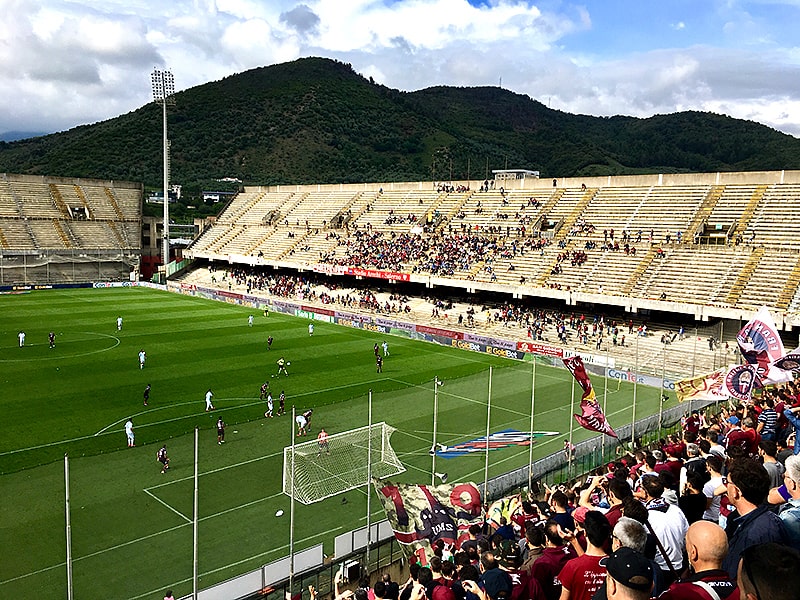 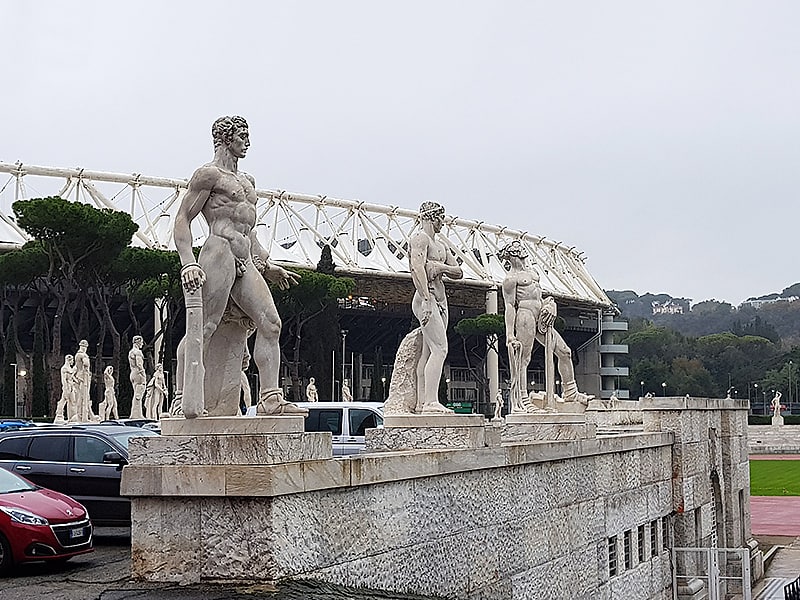 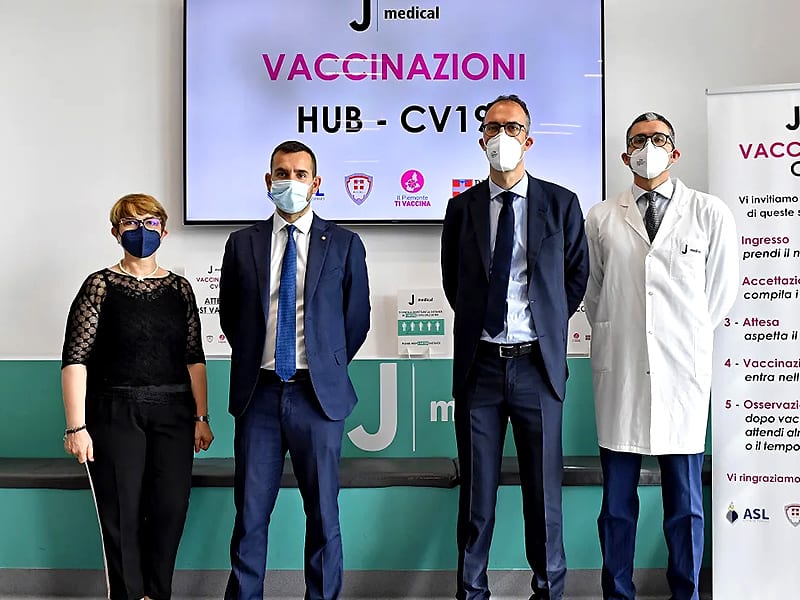