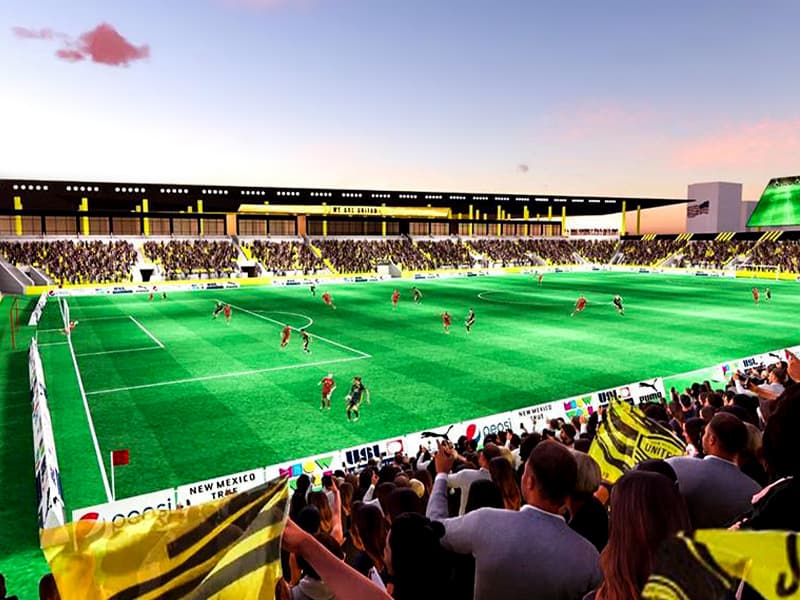 On November 2nd, voters overwhelmingly said “no” to a $50 million bond for a new stadium for the American professional soccer team New Mexico United that supporters say would lead to revitalization of downtown Albuquerque in New Mexico (US). With months of TV ads and rallies, the multiuse stadium has been one of the hottest issues on the ballot.

The ‘KRQE’ quoted the Albuquerque Mayor Tim Keller as stating earlier this year at a New Mexico United game, “We have to invest in things for our families, our kids, our grandkids. And now is the time to make this investment.”

The Mayor announced back in July that the stadium question would be on the ballot for the voters to decide. The City-owned stadium would be a new home for the New Mexico United.

The New Mexico United is an American professional soccer team based in Albuquerque, New Mexico. Founded in 2018, the team currently plays in the United Soccer League (USL) Championship, the second division of American association soccer.

The 13,500-capacity Isotopes Park is a minor league baseball stadium located in Albuquerque, New Mexico, and is the home field of the New Mexico United.

The ‘KRQE’ further stated that the New Mexico United vowed to pitch in $10 million to build the $80 million stadium and pay about $900,000 each year for rent. Supporters say it would help develop struggling downtown neighborhoods. Those not open to the idea say it would gentrify the area and that the money could be used for bigger issues, like tackling crime and helping the homeless people.

Observed Albuquerque resident Tiffany Cox, “I think it would bring a lot of people and money into the community and I’m kind of afraid the soccer team would leave if they don’t get a stadium.”

Mayor Keller released a statement saying, “We respect the voters’ decision, we appreciate everyone, on both sides, who took part in the vigorous conversation over the past months and showed up to decide this important issue for our City.”

The New Mexico United posted a message on their social media platforms that say in part that they won’t be pursuing the proposed sites and will look for a location that will support everyone. The post doesn’t mention whether they will continue to ask taxpayers to contribute to the bill.

The vote comes after a hard financial year due to COVID-19 which left the whole world bleeding white as well as the team narrowly missing out on the playoffs.