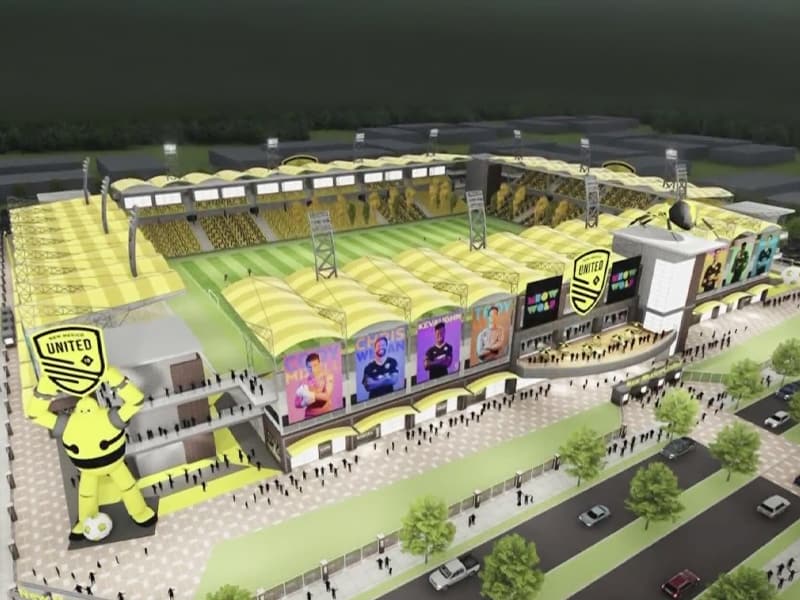 The American professional soccer team New Mexico United’s journey to a permanent residence took another step forward recently as officials from the City of Albuquerque in New Mexico, US, made a strong pitch for Creative Arts Agency Icon to conduct a study as to where a dedicated soccer stadium should be built in the City.

The New Mexico United is an American professional soccer team based in Albuquerque, New Mexico. Founded in 2018, the team plays in the United Soccer League (USL) Championship, the second division of American soccer.

The club plays at Rio Grande Credit Union Field at Isotopes Park (New Mexico), known as only Isotopes Park in 2019 and nicknamed ‘The Lab’, a baseball stadium that is primarily home to the Albuquerque Isotopes of the Pacific Coast League. New Mexico United will play at the facility until they get a soccer-specific stadium dedicated to them.

It is anticipated the study would be completed within 100 days after the award is made.

A division of the Creative Arts Agency, CAA ICON (CAAI) has played a key role in the realization of world-class facilities across the United States and the world. Its previous projects include the Mercedes-Benz Stadium (in Atlanta, US), home of Major League Soccer’s (MLS’s) Atlanta United FC, and the expansion of Providence Park (in Portland, US), home of the MLS team Portland Timbers.

CAAI has also played a pivotal role in the development of new soccer-specific venues for MLS team Nashville SC (based in Nashville, US) and Austin FC (based in Texas, US, which is all set to compete in MLS in 2021), as well as the new Stadio Della Roma (in Rome, Italy), which is set to become the new home for Serie A club AS Roma in 2022.

New Mexico United has previously issued plans for a venue that will not only lodge a soccer-specific arena that could host up to 15,000 fans but will also be part of a larger multicultural project that would tie into the club’s overall mission to be an inclusive agent of positive change for all New Mexicans.

Albuquerque Mayor Tim Keller stated that the study was designed to identify a five-to-10 acre plot which would sit well for a stadium that would house United, and potentially play host to other teams and live events.

New Mexico United President/CEO Peter Trevisani told mediapersons, “We are beyond excited the City is taking this next step in building a world class, multipurpose soccer stadium. We’d like to thank Mayor Keller, Lawrence Rael and everyone involved in this process and we look forward to the results.”

New Mexico United averaged almost 13,000 fans per game in its inaugural season in the Championship in 2019 before State health protocols meant the club had to compete exclusively on the road during the abbreviated 2020 season as COVID-19 took the world in its fatal grip.