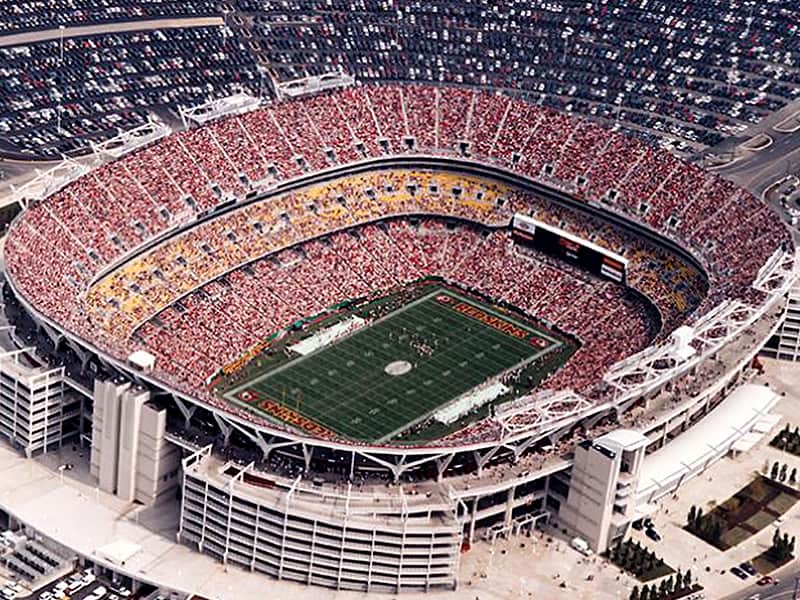 So, the Washington Football Team finally has a new name. Now, will it get a new home?

‘The Washington Post’ stated that local politicians and pundits wasted little time sharing their opinions about where the Washington Commanders should play after the football team’s new name and burgundy, black and gold uniforms and helmets were unveiled on February 2nd.

The 82,000-capacity FedExField is an American football stadium located near the Capital Beltway in Prince George’s County, Maryland, five miles East of Washington, D.C. (US). The stadium is the home of the Washington Commanders of the National Football League. From 2004 until 2010, it had the largest seating capacity in the NFL at over 91,000.

‘The Washington Post’ further stated that the Mayor of the District of Columbia, DC Muriel E. Bowser (D) tweeted her endorsement of a return to the District for the renamed franchise, which currently plays at the FedEx Field in Landover, Maryland (US).

‘The Washington Post’ further stated that the rebranding also represents a new era in the complicated relationship with team Co-Owner Daniel Snyder. Snyder faces ongoing criticism following revelations about the organization’s workplace. Last year, the National Football League fined the team $10 million for fostering a culture in which sexual harassment, bullying and intimidation were commonplace. And Snyder has openly pitted Virginia, D.C. and Maryland against one another as he seeks a new stadium deal.

District leaders, including Bowser, had made clear that the team’s previous name was offensive and would preclude it from returning to the District. But, with the 90-year-old franchise’s do-over, and a new name free of controversy, that roadblock was removed.

While Bowser was effusive, D.C. Council Chairman Phil Mendelson (D) poured cold water on a possible return to the District for the team, saying in an email that he doesn’t support paying for a new stadium and that he’s troubled by allegations related to the sexual harassment investigation of the team’s leadership.

Mendelson said in the email, “I don’t want us to pay for a football stadium that is used less than 10 times a year and in terms of non-sporting events, would compete with other stadiums that we’ve built in the City. I also remain very troubled that news reports indicate Dan Snyder interfered with NFL investigation of sexual harassment within that organization.”

Snyder’s lawyer A. Scott Bolden of the law firm Reed Smith, which represents Snyder and the team, said in a statement in December that there had been no interference with the investigation.

A poll conducted in 2019 found that 59 percent of residents supported the team building a new football stadium where the 45,596-capacity RFK Stadium stands in Washington, D.C., but a smaller 28 percent supported using City funds to help finance a new stadium. About four in 10 supported the City providing land to build a new stadium.

The D.C. Council Member Charles Allen (D-Ward 6) responded to Bowser’s tweet with one of his own, writing, “Regardless of a name change, building an NFL stadium at the RFK site would be a bad idea – for the taxpayers and for the residents. We can do so much better for housing, jobs, parks, and the Anacostia River.”

Team officials, including Snyder and Co-Owner Tanya Snyder, did not address the possibility of a new stadium during the announcement made on February 2nd, but they have been actively pursuing possible new locations for several years.

Representatives of the team met last year with legislators in Virginia to push for a new stadium complex, and the Republican and Democratic lawmakers introduced Bills last month to build a stadium and commercial complex in Northern Virginia as a package to bring professional football to the Commonwealth.

Early reaction in Richmond, where the General Assembly is considering a pair of Bills intended to lure the team to Virginia, was muted at best.

“The new name is fine, but I also liked the other one,” said Senate Majority Leader Richard L. Saslaw (D-Fairfax), who is carrying legislation that would create a football stadium authority to oversee the financing and construction of a massive retail and entertainment development anchored by an NFL stadium.

“I can learn to love it,” texted Del. Lamont Bagby (D-Henrico), head of the Legislative Black Caucus, who’s been supportive of the stadium bills. “Love the uniforms tho.”

Del Mark L Keam (D-Fairfax) was with those poking fun, tweeting: “On this #GroundHogDay, Punxsutawney Phil predicts 6 more weeks of public ridicule over this new name.”

Virginia Governor Glenn Youngkin (R), who had given the stadium legislation a shout-out in his formal address to the General Assembly last month, did not issue a statement on the matter.

Maryland Governor Larry Hogan (R) did not mention where the team might eventually play when he issued a congratulatory tweet directed at team President Jason Wright, “We look forward to the start of this new chapter in the team’s storied history.”

The Maryland House Majority Whip Talmadge Branch (D-Baltimore City), who is Black and also of Native American descent, once introduced legislation pressuring the team to drop its previous name. Wednesday (February 2nd) represented a day he never thought he’d see, he said – “Of course, I never thought they would change it. But times have moved forward.”

The Commanders name, Branch said, had little bearing on whether he and many other lawmakers would now more aggressively try to keep the team’s stadium in Maryland.

He added, “They should stay in that stadium right where they are.”

But the new name doesn’t mean most of Maryland will start rooting for the Washington Commanders, he added.

Continued Branch, “We have a team that we love, which is, of course, the Ravens. I’m not looking for two teams.”

For years, Maryland lawmakers eager to keep the team stadium – and its economic boon to thousands of surrounding homes – have had to navigate roadblocks heightened by the team’s offensive name, its lackluster record and its self-inflicted controversies off the field.

The retirement of the football team’s disparaging moniker and the hiring of Wright to lead the team were both helpful steps in building the case that it was worth the effort of lawmakers to help persuade Maryland taxpayers to champion a new stadium.

Del. Ben Barnes (D-Prince George’s), who represents the county home to FedEx Field, said lawmakers who represent the community near the stadium are very eager to keep the Commanders playing in Prince George’s County, provided it made financial sense – “The team name announcement is exciting for fans, but the calculus on keeping the team here has to be driven by dollars and cents, and what the team contributes to the local economy.”

Kevin Sheehan, a longtime D.C. Sports Radio personality and morning host on The Team 980, said a return to the District may be the team’s only way to bring back fans who have soured on it in recent years – “The idea that this franchise that has lost half their fan base over the last decade is somehow going to recoup that in Prince William County or western Loudoun County is, you know, fantasy. The way to create the best overall gameday experience would be to have a stadium that is accessible to the most amounts of people. And in a convenient place where you can develop retail around it and turn it into an entire day experience, not just for a three-hour game.”

The ‘FOX5’ stated that the Washington Football Team officially having a new name is not the only change on the horizon for the franchise. Where the Commanders will be playing when the team’s lease at FedEx Field expires in 2027 is the next big decision.

The RFK Stadium is owned by the Federal Government and leased to the District. That lease needs to be extended by Congress in order to give D.C. a better shot of being the home of the Commanders.

The ‘FOX5’ quoted Prince George’s County Executive Angela Alsobrooks as stating that she would like to see the team stay in her county. She said millions are being spent on infrastructure and development in the area to help residents and hopefully keep the team – “We’re making great investments around the stadium, and we hope that the Commanders will be a great part of that, and we’re planning for that to be the case, but we’re going to develop that area nonetheless for our residents, and we would be excited to have the Commanders to be a part of that.”

What would the timeline be for a move to a new stadium? The Commanders’ lease is up in five years and the newest NFL stadiums generally take between two and four years to build.