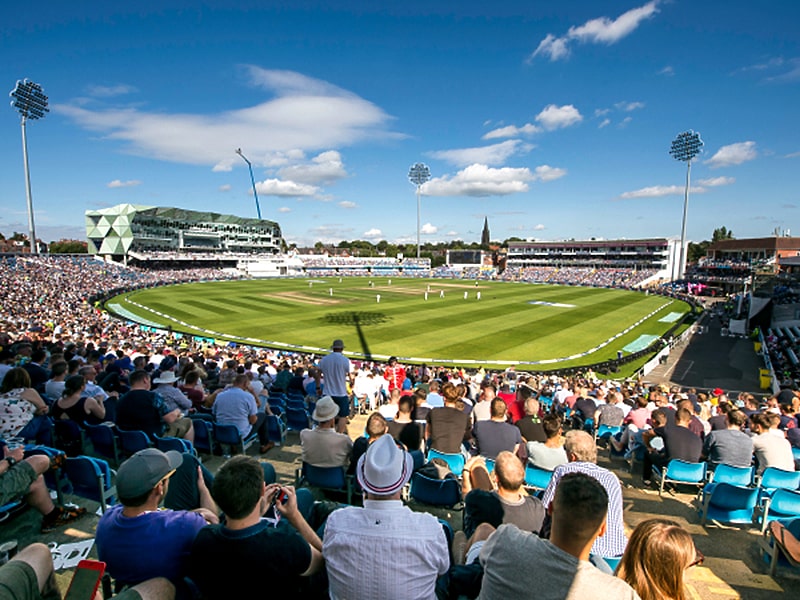 The ‘cricketworld’ stated that as well as becoming Principal Partner across the Yorkshire County Cricket Club and the women’s team Northern Diamonds, Clean Slate will be the title sponsor at Yorkshire’s Headingley ground – the first Indian business with significant naming rights at a UK sporting venue.

The Yorkshire County Cricket Club is one of 18 first-class county clubs within the domestic cricket structure of England and Wales (UK). It represents the historic county of Yorkshire. Yorkshire is the most successful team in English cricketing history with 33 County Championship titles, including one shared.

Northern Diamonds are a women’s cricket team that represent the traditional areas of the North East and Yorkshire, one of eight regional hubs in English domestic women’s cricket. They play their home matches at Headingley, at the 34,742-capacity Riverside Stadium in Middlesbrough, England, Roseworth Terrace, and the North Marine Road Ground.

Clean Slate Studioz is an Indian film production and distribution company established by actor Anushka Sharma and her brother Karnesh Sharma in October 2013. Based in Mumbai, it mainly produces and distributes Hindi films and Web series. Anushka Sharma happens to be the wife of the former captain of the Indian national cricket team Virat Kohli.

The ‘cricketworld’ further stated that as an Indian-based entertainment business and the world’s only female-forward, female-first original-content streaming platform scheduled to launch globally in 2023, Clean Slate has a stated mission for equality. It sees the opportunity for Headingley to drive inclusivity, diversity and engagement through cricket, both as a sporting venue and the heart of a sporting community.

Speaking on the partnership, a first of its kind for a business in India, Clean Slate Filmz and Clean Slate Founder Karnesh Sharma said, “We’re incredibly proud to partner with Yorkshire and to be the first Indian company to have our name prominently featured within a UK sports ground. Clean Slate puts inclusivity and diversity at the fore of its entertainment roster, and we truly believe that our entertainment vision and values align with that of the Yorkshire County Cricket Club moving forward. Our ambition is to help make the Headingley venue a beacon for equality and inclusivity in Yorkshire and the sport in general. We are looking forward to a great partnership with the club.”

Amreesh A. Chandra is the Co-Founder of Clean Slate Filmz, the production company which recently announced a $54mn content deal with Amazon Prime and Netflix – “With India and the UK being at the cusp of drafting a historic trade and business relationship, the partnership between the Yorkshire County Cricket Club and Clean Slate reflects the vision of the two Governments. The partnership also reflects India’s leadership and global vision during its 75th year anniversary of Independence. We believe we are acting as a catalyst for increased sports venue sponsorship in the United Kingdom by Indian companies, to strive for the level of success enjoyed by the Middle East in recent decade.”

Lord Patel, Chairman of Yorkshire County Cricket Club, was keen to highlight that the partnership with Clean Slate is a valuable step in the development and direction of the club, combining the power of Indian cinema and cricket like never before – “This new partnership – with a vibrant Indian brand that knows how to entertain diverse communities – is an exciting step for Yorkshire. Our proud club has a great future, welcoming everyone into our ground and this game, and our new partners are champions of inclusivity, diversity and equity.”

Added Lord Patel, “We are excited to have this new and groundbreaking partnership and to see the commitment to the women’s game. As this relationship develops, it will bring further opportunities to our members, our communities and our teams and we are excited and energized by having Clean Slate alongside us.”

Founded in 1863, the Yorkshire County Cricket Club is one of the most established professional cricket clubs in the United Kingdom with current international stars including English cricketers Joe Root, Adil Rashid and Dom Bess. They are the most successful team in English cricketing history with 33 County Championship titles, including one shared. Their ground is an international venue for cricket and will this year host England men’s LV=Insurance Test against New Zealand from June 27th and the final match of the one-day Royal London Series against South Africa on July 24th.

Darren Gough, Managing Director of Cricket and former Captain of the Yorkshire County Cricket Club, echoed Lord Patel’s sentiments and further added, “Headingley has always been a ground like no other and we welcome Clean Slate into our home. As a proud Yorkshire captain and an England international, I’ve seen and felt first-hand the incredible atmosphere in our ground. So, I’m looking forward to seeing how the creativity, experience and values that Clean Slate brings can take us forward, on and off the pitch, from the first day of this season.”