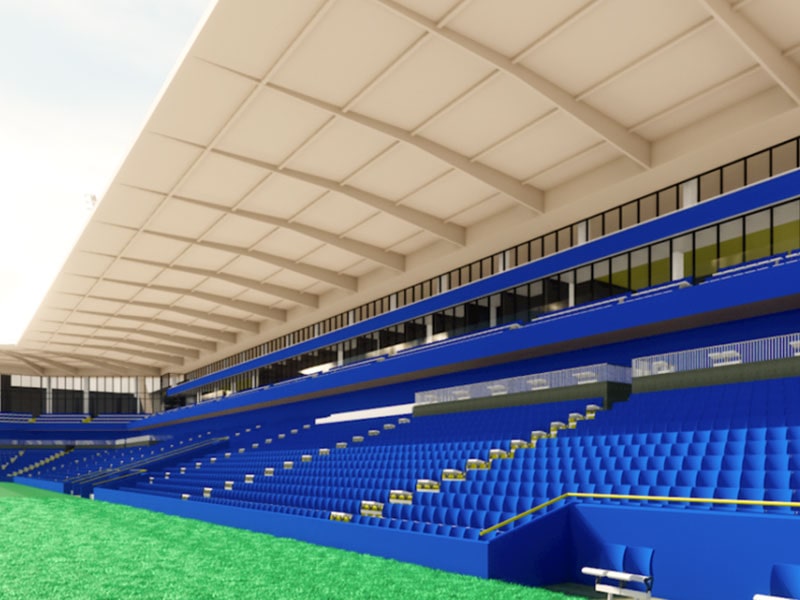 AFC Wimbledon recently released a few photos detailing how its planned £30-million stadium in Plough Lane would look like. The English League One football club aims to open the new stadium ahead of the 2020-21 season.

A statement posted on the club’s website read: “This is the reward we so richly deserve for having the will to never give up. This completes our incredible resurrection and proves the Crazy Gang spirit is alive and kicking. Designed and built by two of the world’s leading venue construction companies, our new home will be bursting with unique features you won’t find in other stadiums.”

The club highlighted the following features:

“Our artist impressions give you a real sense of what it’s going to be like, with the cut-away showing the fans’ zone and where that will be positioned,” the statement added.

An area has been designated for families, away fans will go in the North Stand, and – of course – there will be full provision for disabled supporters, including 100 dedicated spaces and four internal lifts, it stated.

“Expected to cost around £30million, this is the stadium that completes our resurrection. This is what the pioneers dreamt and talked about when they took the bold steps 17 years ago to rebuild our club,” AFC Wimbledon said.
“This puts us back on the map, back in SW19 – back into the community we were cruelly torn away from. We’re so close to moving in, you can look at these pictures and practically hear the roar as the team walks out into a blue and gold wonderland for the first match back on home turf,” it added.
Meanwhile, the club is also offering fans the chance to have the new stadium named after them for a match, if they invest in the club’s crowdfunding scheme.

In a press release, they revealed that they’re giving fans the chance to have all sorts of different areas of the ground names after them; including the urinals.

They’re offering supporters who back the crowdfunding campaign, geared towards helping with the cost of a new stadium, the chance to have that stadium named after them for one of five matches in its first season there next year.