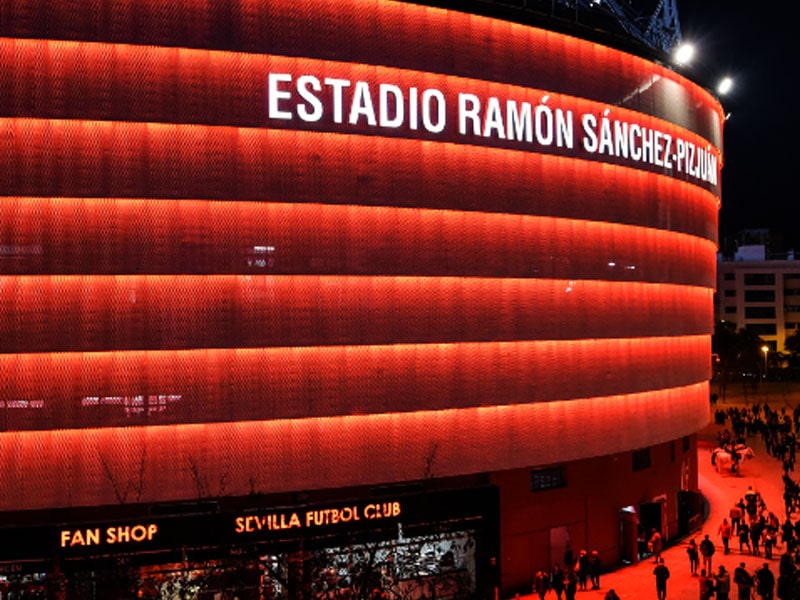 The home of Spain’s oldest football club Sevilla FC, the Ramón Sánchez Pizjuán Stadium, is set to be expanded, increasing its current 43,000 capacity up as far as 47,000, according to media reports.

Each of the four stands in the stadium will have just over 1,000 seats added, as well as more entrances and exits, greater facilities for wheelchairs and an area for VAR, which will be introduced in Spain next season, Insider Sport reported.

The Ramón Sánchez Pizjuán stadium was built in 1957 and in its early days up to 70,000 fans could attend matches there on the all-standing terraces. The venue’s capacity was reduced to just under 43,000 when it was made an all-seater stadium in time for the 1982 World Cup finals.

Local rivals Real Betis recently completed the refurbishment of their Estadio Benito Villamarin to host just over 60,000 supporters to Sevilla will be eager not to get left behind in this regard.

Sevilla’s president Jose Castro conceded that Sevilla “have to adapt the stadium to modern times.”

The club’s general director Jose Maria Cruz was a little more conservative when discussing the expansion, however, highlighting the number of practical and logistical issues that would need to be dealt with if any construction was to take place on the existing site, according to Insider Sport.

Sevilla expects the stadium expansion to take several years to complete so it’s unclear, as of yet, just how soon the club’s fans can look forward to this development.

The club has been very busy off the pitch this summer. In recent weeks, Sevilla also announced their new sponsorship deal with Marathonbet.

The club has also announced the appointment of former Real Madrid manager, Julen Lopetegui, who will benefit from a host of signings next season, including Luuk de Jong and Lucas Ocampos.