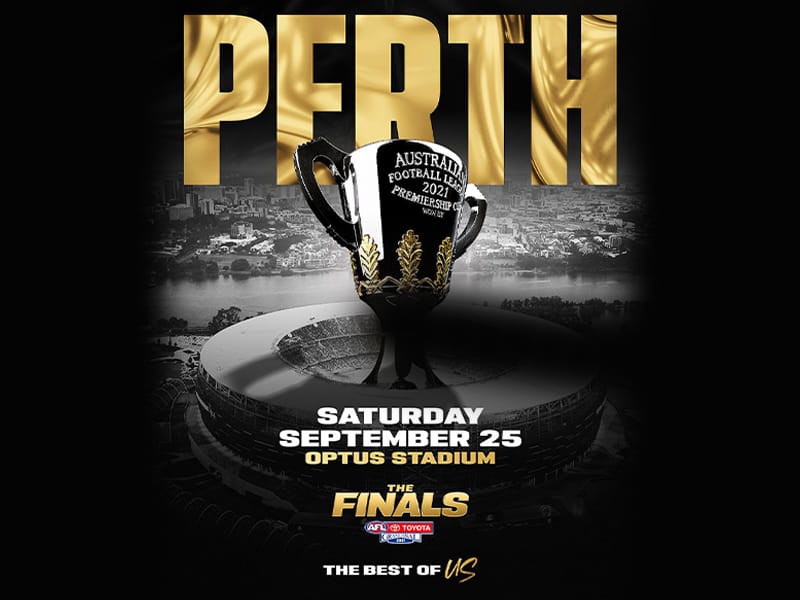 The 2021 Grand Final will be played in Perth for the first time in AFL history after the game’s spiritual home, the MCG, was ruled out of hosting the showpiece game due to the ongoing COVID-19 lockdown in Victoria.

The ‘Optus Stadium’ stated that the AFL announced that Optus Stadium will play host to the Grand Final on September 25th, with bouncedown (Australian Rules football. An occasion of restarting play by the umpire bouncing the ball) to be advised.

The 1,00,024-capacity Melbourne Cricket Ground, also known locally as ‘The G’, is an Australian sports stadium located in Yarra Park, Melbourne, Victoria (Australia). Founded and managed by the Melbourne Cricket Club, it is the largest stadium in the Southern Hemisphere, the 11th largest globally, and the second largest cricket ground by capacity.

The ‘Optus Stadium’ quoted McKenna as stating, “First and foremost, our thoughts are with the people of Victoria and New South Wales who remain in lockdown. We know and understand the significance of this event to the Australian public and we will ensure we respect footballing traditions whilst sharing Perth and Western Australia with the rest of the country. The Grand Final is the most important day of AFL players’ career and is one of the great days in world sport – both for the fans in attendance and those watching at home on Channel Seven will be part of the event experience.”

Added McKenna, “We are looking forward to being able to deliver the very best in-person AFL experience to local fans that have shown time and time again that they love footy and will attend major events of all types. Optus Stadium is very much a trusted partner for the AFL following the success of the Dreamtime match earlier this year and many other major events staged at the venue since opening and we are excited to have the responsibility of delivering this event.”