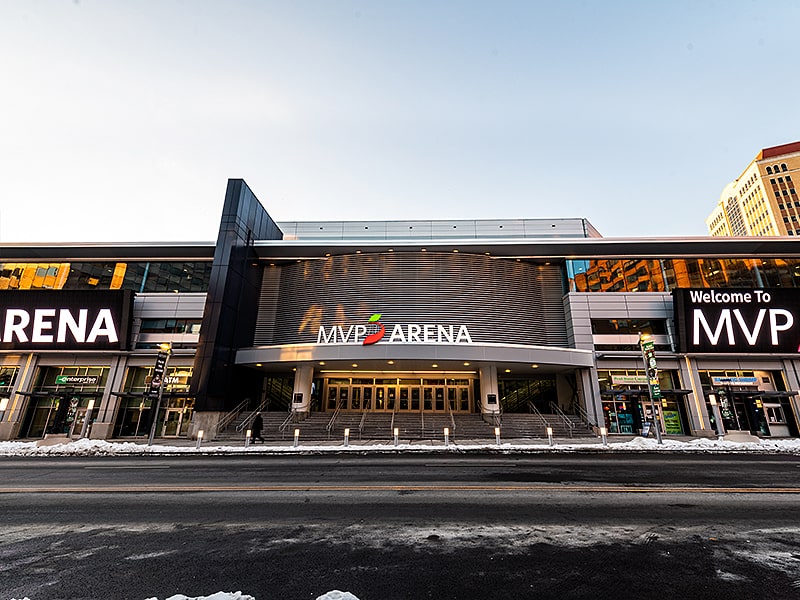 A recent record-speed sellout show for country icon Luke Combs (American singer-songwriter) first appearance on the MVP stage this Fall demonstrated how – as the world emerges from the pandemic – the ASM Global-run MVP Arena in Albany, New York (US) is successfully leveraging a timely $30 million investment to produce the most successful year in its 32-year history. It’s a remarkable turn of events.

The MVP Arena is an indoor arena located in Albany, New York (US). It is configurable and can accommodate from 6,000 to 17,500 people, with a maximum seating capacity of 15,500 for sporting events.

‘ASM Global’ further stated that additionally, three athletic tenants have returned amidst continuing dramatic physical upgrades at the venue by the Albany County.

Highlights of the $30 million renovation, which was completed just before the pandemic, include enclosing the front atrium to make a temperature-controlled space for patrons to enter and exit, enclosing the rear entrance allowing patrons to walk from the parking garage into the arena in a covered, temperature-controlled space, and two massive spectacular 70” LED video screens installed on the building’s exterior.

The concourse received a full renovation with complete transformations of concession stands and restrooms, renovations to all the corporate suites and sports bars and completely fresh environmental looks throughout.

An additional $5.2 million new capital investment will include spectacular new 360-degree LED ribbon boards on the arena’s inner bowl, new video scoreboard, a new exterior marquee, and back-of-house, state-of-the-art amenities for athletes and artistes visiting Albany. All improvements are scheduled to be completed by September.

Commented Albany County Executive Daniel P. McCoy, “Five years and $30 million later, I’m proud to say that the improvements we made back then brought the county-owned facility into the 21st century. This is where countless memories have been made with family and friends for more than three decades, and our residents deserve entertainment experiences that are second to none.”

Added McCoy, “We continue to look for new ways to improve with this latest round of renovations at MVP Arena. Between a new video scoreboard, outdoor marquee, locker-room hallway and more, we’re making this an even better facility for the fans, athletes and artists and continuing to enhance the arena experience.”

Albany County’s commitment to the success of the arena and the partnership with ASM Global was solidified with the legislature approving a two-year contract extension between the two parties.

Noted Bob Belber, ASM Global General Manager, MVP Arena, “We cannot thank our patrons, sponsors and suiteholders enough for their patronage of MVP. It is only with their support, and Albany County’s investment into this venue, that we are able to continue bringing top musical artistes, first-rate sports and all shows in between to appeal to a wide variety of consumers.”

Prior to the pandemic, the MVP Arena was coming off its second most profitable year in arena history.