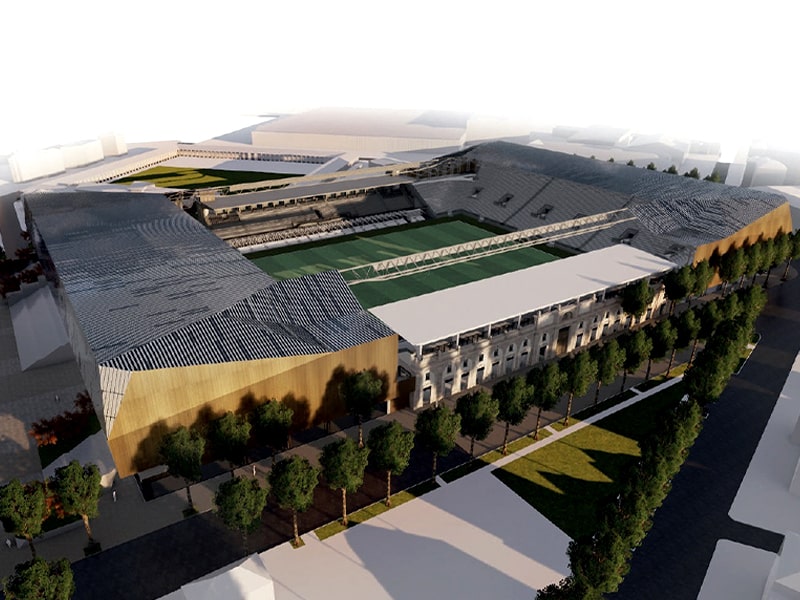 As per the new details, the stadium’s capacity will be increased from 21,300 to 24,000 as part of a €40-million redevelopment project schedule to be completed by 2021.

The Bergamo-based club began work on the Curva Nord stand at the Stadio Atleti Azzurri d’Italia late April, following the home match against Udinese. Atalanta had previously confirmed that its final two home games of the 2018-19 season, against Genoa and Sassuolo, would be played at the Mapei Stadium, home of Sassuolo.

The future of the club appears much brighter. Atalanta became one of only a handful of Serie A clubs to own their stadium when they bought the ground for a modest 8.6 million euros ($9.63 million) in 2017. Major teams such as AS Roma, Napoli, AC Milan and Inter Milan still play at municipally-owned grounds.

They are now completely rebuilding the venue. Watched by nearly 2,000 fans, the work began on May 6 with the demolition of the Curva Nord (north stand) and is expected to take over two years, Reuters reported. The club hope the new arena will help establish them as one of the main Italian clubs outside Milan, Rome, Turin and Naples.

A week’s worth of preparation work was carried out in the Curva Nord before demolition work began. It is hoped the first stage of the work will be completed by September 22. Work on the Curva Morosini stand will then be finalized next summer, before the Ubi section is finished in 2021.

Last October, the City of Bergamo reached an agreement for a building permit to carry out the three-stage development project for the Stadio Atleti Azzurri d’Italia, Atalanta’s home since 1928. The club purchased the stadium from the local council in August 2017 for an overall fee of €11.2m.