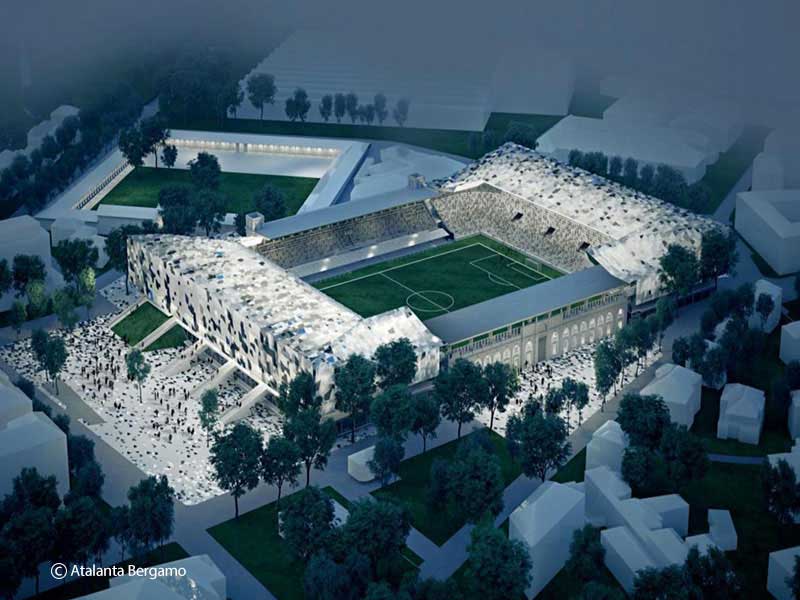 Italian football team Atalanta plans to redevelop Stadio Atleti Azzurri d’Italia at a modest scale, according to media reports. While the stadium in Bergano will retain the 24,000-seat margin, the focus will be on providing comfort to fans during games.

The cost of the redevelopment is estimated at €35 million, which Atalanta hopes to recover through naming rights deal. The renovation is expected to be completed by 2020.

De8 Architetti, which had previously worked on the renovation of two current stands and Atalanta’s training center, has been engaged by the club for the redesigning of the stadium. Atalanta acquired the stadium earlier in August 2017.

As per the guidelines of Bergamo municipality, the architects will not alter the current historical faces and roof of the two stands along each side. The stands’ height however will rise towards the end to accommodate the 24,000 seats. New sections will have 21 rows near the historical stands and grow to 37 at full height, retaining single-tier layout.

The new design has provisions for a large public plaza of over 6,000 square in front of the south stand, with significant commercial floor space.