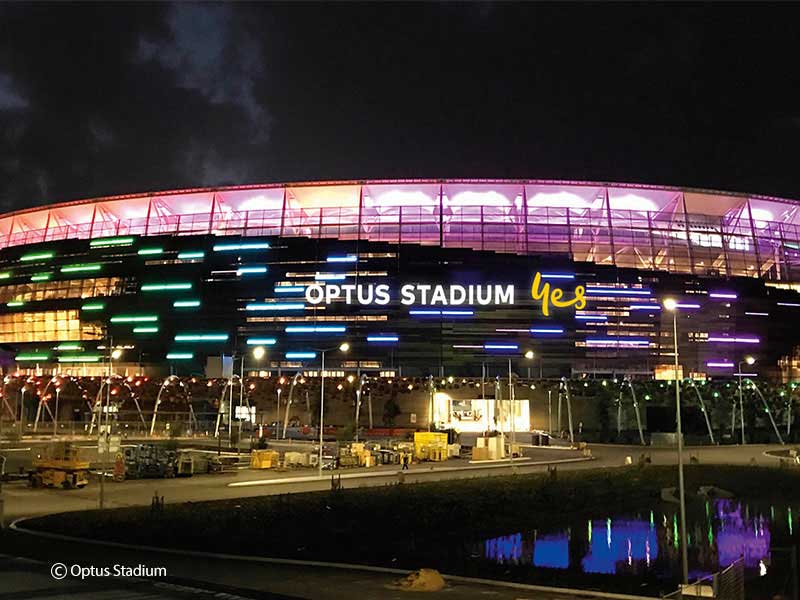 Telecom giant Optus has bought the naming rights at Perth’s new 60,000-seat sports venue, but it will be known by the generic name Perth Stadium for international cricket matches.

The $1.46 billion ground will be called Optus Stadium, with a 10-year naming rights deal struck. The Western Australia government won’t release the value of the deal, but it is being estimated at worth more than $50 million.

The West Coast Eagles will kick off their AFL season at Optus Stadium in round one in March next year but the first football match there will involve the Fremantle Dockers AFLW team on February 10.

The first event could be a one-day international cricket match between Australia and England on January 28. It would be called Perth Stadium then with no Optus branding allowed because Cricket Australia require stadiums without sponsor names to avoid any conflicts with competitors.

The deal fulfilled the new government’s election commitment to sell the naming rights to Perth Stadium and the 15,000-seat indoor Perth Arena to deliver revenue.