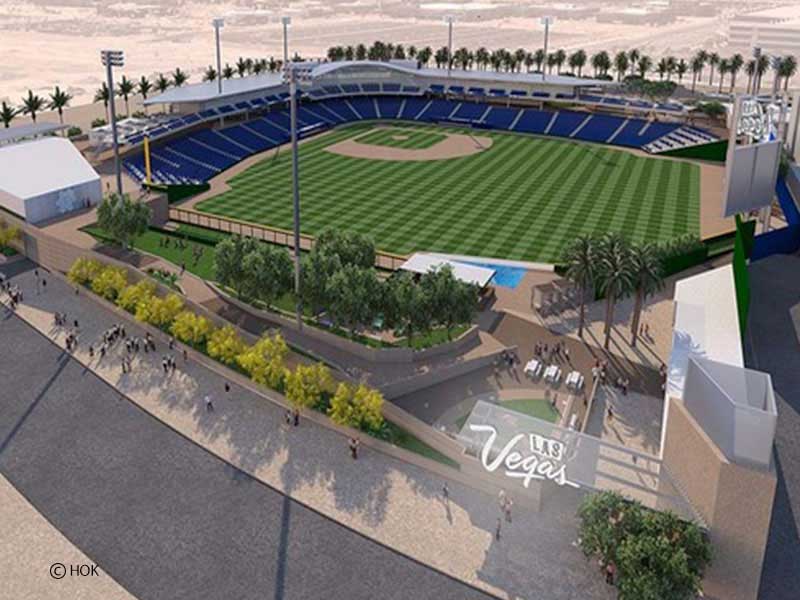 The Las Vegas 51s are another step closer to making Downtown Summerlin their new home for the 2019 season following Clark County commissioners’ recent decision to unanimously approve the permits necessary to build the new Las Vegas Ballpark for the 51s baseball team, according to media reports.

The ballpark is expected to cost $150 million to complete and will give the Minor League Baseball (MLB) Triple-A affiliate one of the best facilities in their tier.

Earlier in October, the Howard Hughes Corporation announced its plans to develop and construct a baseball stadium in Downtown Summerlin.

The stadium is approximately eight acres south of City National Arena, the National Hockey League practice facility for the Vegas Golden Knights. The new stadium, to be named the Las Vegas Ballpark, will be the future home of the Las Vegas 51s, the city’s professional baseball team.

The Las Vegas 51s is wholly owned by The Howard Hughes Corporation, which acquired full ownership interest earlier this year. In addition to serving as the home of the Las Vegas 51s, Las Vegas Ballpark will host civic, community, nonprofit and sporting events.

The Las Vegas Ballpark is being designed by HOK, a global architecture firm that has designed more than 40 professional and collegiate stadiums worldwide. The stadium is expected to seat 10,000 fans, but it will provide a wide range of seating options including 22 suites, club seats, berm seating, party zones and decks, picnic tables, kids’ zone, bars and even a pool beyond the outfield wall. Parking will be conveniently located on adjacent sites.

More details on the project will be revealed at the Coliseum Summit US, May 9-10, 2018, in Detroit, Michigan.