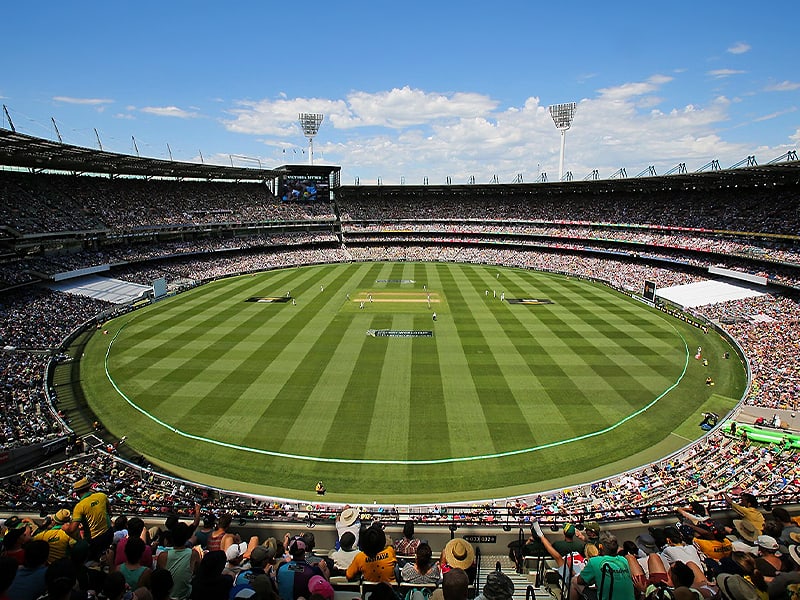 Tickets for cricket fixtures sold like hot cakes in Australia with only a limited number of tickets remaining for the opening day of this summer’s Vodafone Ashes series. Tickets went on sale from July 5th for all men’s and women’s internationals to the public and Brisbane fans have lapped up the return of their traditional Test series opener.

‘Cricket Australia’ stated that tickets were made available to the Australian Cricket Family members in June end. Fans were quick to snap up their seats at the Gabba, where Australia will begin their quest to keep hold of the Ashes urn Australia retained in the gripping 2019 series in the United Kingdom, at the venue where the hosts had established a winning streak stretching three decades until they were toppled by India earlier this year.

The Vodafone Ashes series is a five-match Test cricket series played between Australia and England. The series is played every two years, with the next series to be held in Australia beginning in December of 2021. From December 8th to 12th, 2021 it will be played at the 42,000-capacity The Gabba in Brisbane, Australia. It will start on December 8th, 2021 and will conclude on January 18th, 2022.

‘Cricket Australia’ further stated that just 26 percent of public seats remain for Day One on December 8th, while early sales for the fifth Test beginning January 14th, 2022 have also been strong, as the 60,156-capacity Optus Stadium in Perth, Western Australia, prepares to host a maiden Ashes Test.

Interest in Meg Lanning’s (captain of the national women’s team) all-conquering Australia has been particularly robust in Sydney, where they will host both India and England this summer, while Canberrans have been quick to lock in their spot at the one-off women’s Ashes Test at the 16,000-capacity Manuka Oval in Canberra, the capital of Australia.

Notwithstanding the COVID-induced climate of uncertainty in Australia with coronavirus cases continuing to register a rise in the country, as well as rising cases of the Delta variant of the virus in several parts of the globe – cricket officials have painted an optimistic picture of possible crowd numbers this summer, with tickets to be sold to 100 percent of venue capacity at almost all grounds.

Tickets will be fully refunded if capacity has to be reduced due to the pandemic.

While the final venue capacity for each venue will be determined by the public health advice at the time, all venues will be sold to 100 percent of capacity except for the 1,00,024-capacity Melbourne Cricket Ground (MCG) in East Melbourne, Australia, for the Boxing Day Test, which will have an initial capacity of 85 percent.

The Boxing Day Test match is a cricket Test match held in Melbourne, Victoria, Australia involving the Australian cricket team and an opposing national team that is touring Australia during the Southern summer. It begins annually on Boxing Day and is played at the Melbourne Cricket Ground.

“There’s a lot of water to go under the bridge but hopefully that is the case … if we can get full stadiums during the Ashes, that’s the atmosphere (we want), it’s one of the biggest series an Australian or English player can play,” Australian cricketer Mitchell Starc said from Australia’s current white-ball tour of the West Indies.

Added Starc, “To have our hands on the Ashes heading into a home Ashes is an exciting way for us to approach it.”

The coronavirus scourge simply refusing to die out and ongoing ban on international flights makes it unlikely the usual hordes of Barmy Army supporters will accompany England this summer for the Vodafone Ashes.

However, Cricket Australia head honcho Nick Hockley expects expats living in Australia to turn out and support their team.

Added Hockley, “In a perfect world, we would welcome the Barmy Army back to these shores for a summer of singing and sportsmanship with our Australian fans. Of course, we will be guided by the Australian Government on all things related to international travel and will advise our friends in England on our position closer to the time. I think there’s a fair few English expats living in Australia (and) I think there will also be a lot of people watching from England.”

The Barmy Army at first an informal group, was later turned into a company limited by guarantee, registered in England and Wales. The company provides tickets and arranges touring parties for some of its members to follow the English cricket team in the United Kingdom and overseas. The name is also applied to followers of the team who join in with matchday activities in the crowd, but do not necessarily travel as part of an organized tour. The term ‘barmy’ is English slang for ‘mad’ or ‘crazy’.

A total of 59 days of international cricket will be played in Australia this summer, highlighted by the men’s and women’s Ashes, while the men’s teams of Afghanistan, Sri Lanka and New Zealand will also be in Australia along with India’s women’s side.

Residents of Sydney, Brisbane and Perth are presently in lockdown due to a recent increase in local cases of community transmission and games in the winter football codes have been shifted to other States.

Cricket Australia is optimistic that grounds can be at full capacity in time for summer.

Hockley continued, “We continue to work closely with venues and Governments across Australia to ensure that events are held safely and greatly appreciate their support. In the event that capacities are reduced due to Government restrictions associated with the pandemic, we of course guarantee fans full refunds.”

Adult tickets to men’s internationals are starting at $30 each, plus a maximum $7.45 transaction fee. All tickets to women’s matches are under $30 each with a family pass on sale for $43, plus transaction fees.