US varsity bid to raise the athletics bar 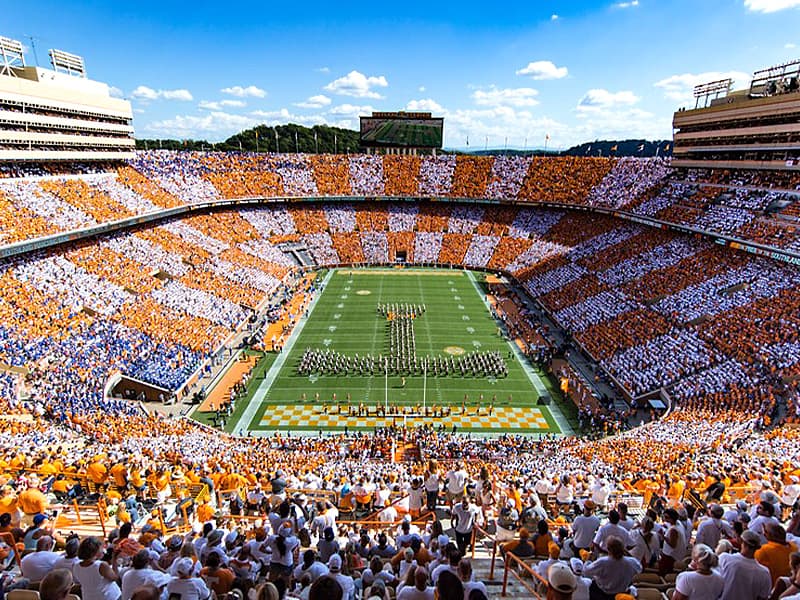 The University of Tennessee Vice-Chancellor – who is also the Director of Athletics – Danny White – recently announced the launch of ‘My All’ Campaign, a comprehensive fundraising initiative to ensure Tennessee’s ability to provide a transformational student-athlete experience for current and future Vols (Volunteers) and Lady Vols (Volunteers).

‘UTSports.com’ stated that White – who was made the Vice-Chancellor of University of Tennessee as well as the Director of Athletics in January 2021, stated at an introductory presser held way back in January – “What does Tennessee athletics need to look like five and 10 years from now? How do we regain our stature as a dominant college athletics brand in the Southeastern Conference and across the country?”

In fact, Danny White’s innovative and forward-thinking approach to the rapidly evolving landscape of intercollegiate athletics primed University of Tennessee Chancellor Donde Plowman to name him Vice Chancellor/Director of Athletics on January 21st, 2021.

Plowman also described White as “a leader, an innovator and a builder” and these forward-thinking visions of the latter catapulted him to the varsity top post.

Alabama (US)-headquartered the Southeastern Conference is an American college athletic conference whose member institutions are located primarily in the South Central and Southeastern United States.

‘UTSports.com’ further stated that the Campaign aims to impact each of Tennessee’s 20 varsity athletic programs by providing championship resources to support student-athletes’ academic and competitive pursuits.

Specific facility enhancements are currently targeted for the Neyland Stadium and Anderson Training Center, though campaign funds will ultimately allow for strategic investments impacting every athletic program on campus in accordance with the Department’s comprehensive facilities masterplan, which was concluded in the Fall of 2020. For example, White and his team are presently studying options on the best path forward for Tennessee’s baseball facilities as well as the development of an indoor track and field facility.

Neyland Stadium is a sports stadium in Knoxville, Tennessee, United States. It serves primarily as the home of the Tennessee Volunteers football team, but is also used to host large conventions and has been a site for several National Football League (NFL) exhibition games. The stadium’s official capacity is 102,455.

Tennessee’s football history has been built upon a solid foundation of legendary tradition. It carries this tradition into the future in Anderson Training Center, one of the largest and most technologically advanced football training facilities in the United States. Tennessee student-athletes enjoy access to the more than 145,000 square-foot megaplex designed for one purpose – to engineer bigger, faster, stronger players who can compete at the highest level every week. This state-of-the-art facility provides everything required to be coached by, cared for and trained by the absolute best staff in college football.

Remarked White, “Everyone who loves the University of Tennessee and this athletics program wants Tennessee to be the best. That aligns perfectly with my vision – it’s why I’m here. Together, we’re going to set a new bar for relentlessly pursuing that goal. But we need everyone to be all in. We have to be aggressive, and we have to be bold. Tennessee Athletics has a unique history of innovation and progressive ‘firsts’. We need to get back to that – back to setting the standard and leading the way.”

With an ultimate goal of $500 million, the ‘My All’ Campaign’s public launch is bolstered by close to $200 million already committed. Notably, circa $70 million in capital commitments targeted for strategic investments in the Neyland Stadium and the Anderson Training Center were pledged over the previous three years by a contingent of leadership donors.

The Senior Associate AD for Development, Brady Hart, observed, “So many of our donors – at every level – have been ‘giving their all’ for years. It was important to us to ensure that their longstanding support and loyalty was folded into this campaign. We can’t thank them enough for their continuous commitment, as they’ve provided a springboard for our fundraising efforts moving forward.”

Looking ahead, another key element of the campaign is the recently launched Shareholders Society – reserved for philanthropic giving that rises above and beyond donations tied to seating and parking. Members of the Shareholders Society provide championship resources for student-athletes across all 20 sports while enjoying unique stewardship opportunities and benefits that expand accordingly as commitment levels increase.

The Deputy AD for Championship Resources, Dr. Mónica Lebrón, stated, “The ‘My All’ Campaign is for everyone, and it will take everyone to reach our greatest success. The campaign welcomes giving at all levels to support both the academic as well as the championship aspirations of the student-athletes representing our 20 sports programs. We want to be the best in everything we do, and the resources generated from the ‘My All’ Campaign will help us all achieve that goal.”

The launch of the ‘My All’ Campaign dovetails well with this Fall’s Neyland Stadium centennial celebrations. Several elements of both initiatives will blend into ‘First 100’ promotions throughout the coming months.

White’s reputation as a builder of successful athletic programs enables him to approach his leadership position at Tennessee with a fresh perspective and an arsenal of valuable experiences to draw from, and he is poised on a forward focus.

Making a clarion call to join the ‘My All’ Campaign, White added, “I recognize the frustrations our fan base has experienced over the past several years. But we’re not going to let the past dictate our future. I am committed to restoring confidence, outlining a vision and bringing everyone together to focus on the amazingly bright future that lies ahead. Do your part – join ‘My All’.”

White also has plans to engage the Tennessee fan base in unique and creative ways to seek input on multiple gameday fan experience enhancement and amenity options in the months to come.

US varsity bid to raise the athletics bar 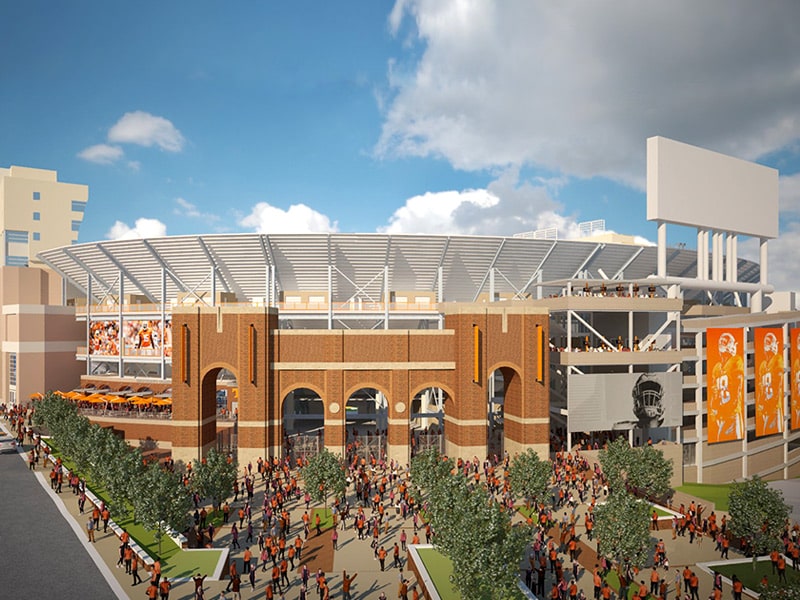 Major revamp of Neyland Stadium in the offing