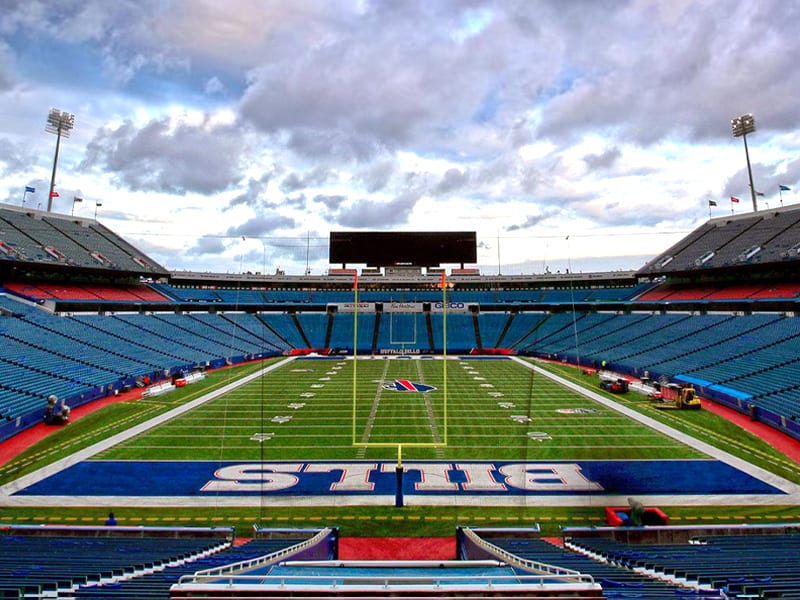 The cost of the National Football League (NFL) team Buffalo Bills’ proposed new stadium is $1.4 billion, and is to be built across the street from their existing facility in suburban Buffalo (US). The details of the proposal have not been made public as yet.

The ‘AP’ stated that the Bills’ proposal has been presented to the New York State and Erie County officials as part of discussions which began two months ago to determine the future of the NFL team’s home. The Bills are proposing a new facility to replace the newly renamed Highmark Stadium, which opened in 1973.

The Buffalo Bills are a professional American football team based in the Buffalo-Niagara Falls metropolitan area (US). They compete in the National Football League (NFL) as a member club of the league’s American Football Conference East division. The team plays its home games at the Highmark Stadium in Orchard Park, New York.

The ‘AP’ further stated that talks are happening as the Bills’ lease expires in July 2023 and after the State and county committed $227 million toward extensive renovations and annual capital and gameday expenses in 2013.

Further structural repairs and modern-day upgrades are necessary, all of which in 2014 were estimated to cost $540 million and involve renovating the entire third deck of the stadium. That cost is projected to be much higher in today’s dollars.

A person, speaking on conditions of anonymity, stated, “Renovation is simply not an option.”

The proposed new stadium would be built on a Bills-controlled parking lot located directly across the street from their facility. This would allow the team to continue playing home games in Orchard Park, New York, until the new stadium is completed.

Up for discussion is how much State and local taxpayer money would have to be committed to construction.

Recently, Erie County Executive Mark Poloncarz warned that the State and county won’t be writing what he called “a blank check. We will get a deal done. It’s just got to be a fair deal for all”.

The Bills are owned by Terry and Kim Pegula, who purchased the team for a then NFL-record $1.4 billion from the estate of Late Hall of Fame owner Ralph Wilson in 2014. The Pegulas also own the National Hockey League (NHL) team Buffalo Sabres.

The New York State will now be represented in discussions by the Lieutenant Governor Kathy Hochul, who is from Buffalo. Hochul is replacing Governor of New York Andrew Cuomo, who announced recently that he would resign rather than face a likely impeachment trial after Attorney General Letitia James released a report concluding he sexually harassed 11 women and describing a toxic work environment in his administration.