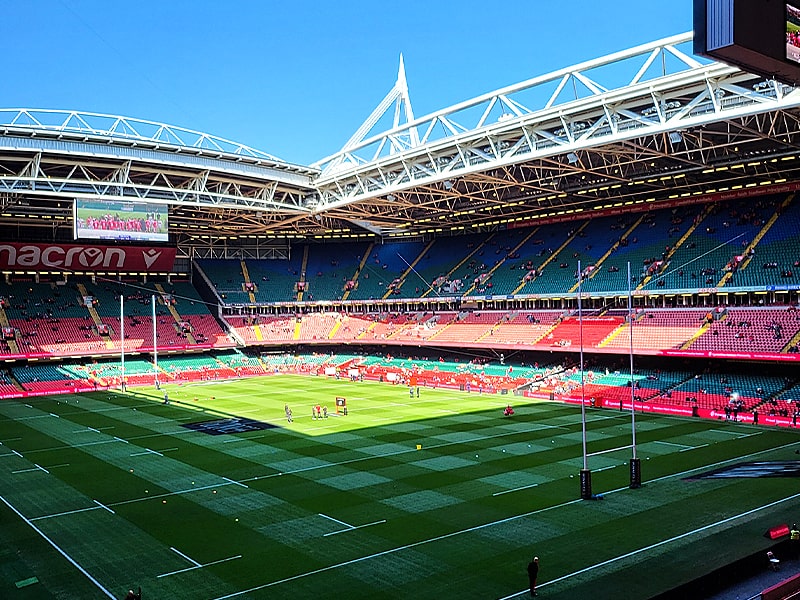 The ‘itv’ stated that the home of Welsh rugby will host the event in September, the first time a major WWE event has been to the UK since the 90,000-capacity Wembley Stadium in London (UK) hosted the SummerSlam in 1992.

The World Wrestling Entertainment, Inc., commonly shortened to its trade name WWE, is an American professional wrestling promotion. A global entertainment company, WWE has also branched out into other fields, including film, American football and various other business ventures.

The ‘itv’ further stated that the event, which will see some of the world’s biggest wrestling stars descend on the Welsh capital, is set to take place on September 3rd, 2022.

An event in Cardiff has been the source of speculation over the last year, with it having a track record of hosting large-scale indoor events and having a retractable roof.

Said John Porco, WWE Senior Vice-President, Live Events, “Principality Stadium is the perfect place for a major event, hosting our amazing fans from Wales, throughout all of Europe, and around the world. The weekend will be filled with a variety of WWE experiences that we believe will leave a lasting memory, on par with SummerSlam at Wembley Stadium in 1992.”

Vaughan Gething, the Welsh Government’s Minister for Economy, welcomed the announcement, claiming it will help raise Wales’ profile worldwide and further cement Wales’ reputation as a world-class events destination -“Wales will provide an iconic location for WWE’s return to the UK after 30 years and showcase our country to a global audience of millions, including extended reach in the USA. This is set to be the perfect addition to a huge year of sport, entertainment and culture in Wales that will attract people from across the globe to experience what our country has to offer.”

Stated Mark Williams, Manager at the Principality Stadium, “We’re extremely proud that Principality Stadium has been chosen by WWE to host this major event, which is testament to the stadium’s reputation as a world class venue. Principality Stadium is unique in its position at the heart of the City Centre, which will undoubtedly offer WWE fans an unrivaled event experience both inside and outside of the stadium and bring great benefit to the wider City of Cardiff.”

Information regarding the event’s name, ticket sales and further event updates will be released at a later date.