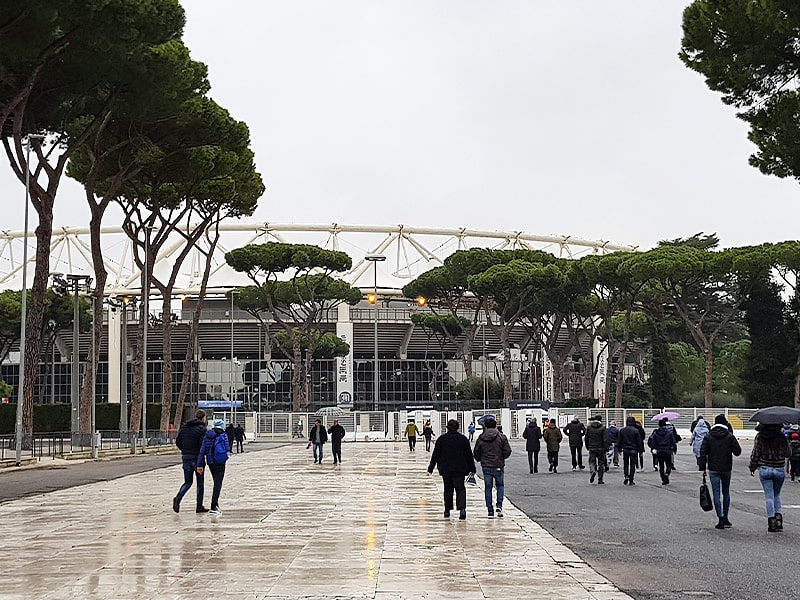 The feasibility study for construction of the Serie A team A.S. Roma (Italy) new stadium has been submitted. The area where the new digs will come up has been identified by A.S. Roma (and suggested by the City Council).

‘Il Romanista’ stated that the above development is a crucial step for the realization of the project – a dream of the club owner Dan Friedkin and his family.

The above project has been in the pipeline for several years, but red tape and corruption allegations have put up huge stumbling blocks for construction work to start on the planned development.

Stadio della Roma is the temporary name for Serie A team A.S. Roma’s planned stadium in the Tor di Valle neighborhood of Rome in Italy.

Earlier, in March 2021, the club owner Dan Friedkin had dropped the ambitious Tor de Valle project plan like a hot potato saying it was dogged by too much of “red tapism and political interferences”.

A.S. Roma is a professional football club based in Rome, Italy. Founded by a merger in 1927, Roma has participated in the top-tier of Italian football (Serie A) for all of its existence except for the 1951-1952 seasons.

The Stadio Olimpico is the largest sports facility in Rome, Italy, seating over 70,000 spectators. It is located within the Foro Italico sports complex, North of the City. The structure is owned by the Italian National Olympic Committee and it is used primarily for association football. It serves as the home digs of A.S. Roma.

On the sports front, Roma is upbeat following its recent victory in the 2022 Union of European Football Associations (UEFA) Europa Conference League title.

The UEFA Europa Conference League is an annual football club competition organized by the Union of European Football Associations (UEFA) for eligible European football clubs. Clubs qualify for the competition based on their performance in their national leagues and Cup competitions.

‘Il Romanista’ further stated that the Roma team which submitted the feasibility study report was led by the Roma Corporate Chief Executive Officer (CEO) Pietro Berardi and comprised the General Counsel Lorenzo Vitali and Lucia Bernabè, a Special Consultant who is overseeing the above venue project. They submitted the feasibility report to the Mayor of Rome Roberto Gualtieri, accompanied by the City Planning Councilor Maurizio Veloccia.

The feasibility report is “A systematic analysis and evaluation of the characteristics, costs and possible results of a project on the basis of a preliminary rough idea.”

No sketches or models were presented as was the case in the past for Tor di Valle’s project.

The new vision of Roma’s venue project sees the stadium not at the center of a more complex urban and social redevelopment. The entire plan comes sans offices and commercial centers around the facility which is quite a novel concept as the norm these days is mixed-use facilities with the above features.

The development will be accompanied only by “food and beverage” outlets excelling in Italian food, and a park in which as many as 3,000 saplings will be planted thus providing it a verdant look and keeping alive the sustainability quotient.

The entire redevelopment vision has been formulated not with Roma and its ownership in mind but the community being the focal point.

A.S. Roma has always kept the community at the forefront while taking up any development project and feels that too much of commercial space will not augur well for the community on which the arena will sit.

The feasibility study also highlighted the entire public transportation network to and fro the stadium, with the four nearby subway stops and the Tiburtina train station proving to be an advantageous factor, for which negotiations are on with the Ferrovie dello Stato Italiane.

The objective is to start work on the top-flight’s planned digs so that the same could be inaugurated in the club’s centennial year, which is in 2027.

The next few months will determine how serious the Municipal Council is about the entire development as the club has had a very bitter experience with the bureaucrats and politicians as far as the new venue plans are concerned.

Meanwhile, 82 days are left to give a formal response to the feasibility study report – a response that will go through a Preliminary Services Conference, which Mayor Gualtieri has announced he will convene soon.

Then there is the actual project, followed by the public consultation exercise, then the decision-making process, and finally one will come to know whether A.S. Roma’s arena project will get the green light or not.

The club owners Dan and Ryan Friedkin are taking a personal interest as far as the design of the venue is concerned which is still shrouded in much secrecy. 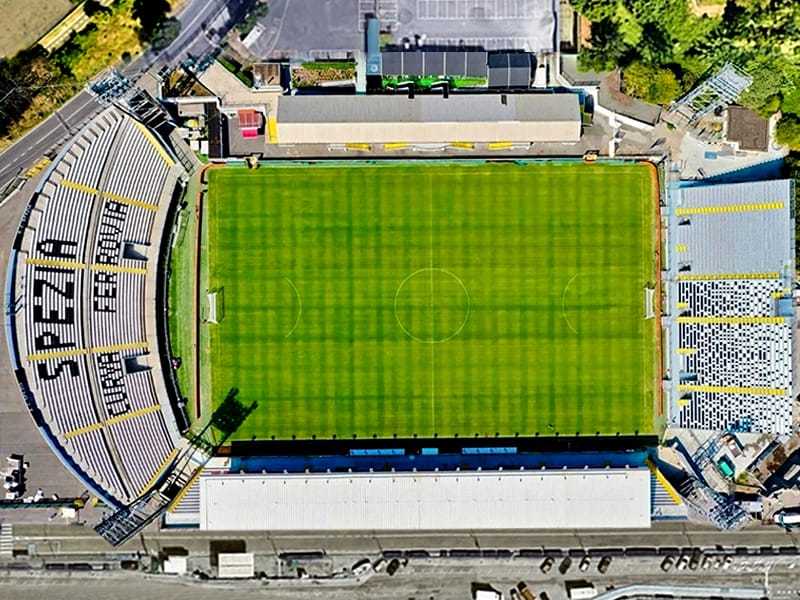