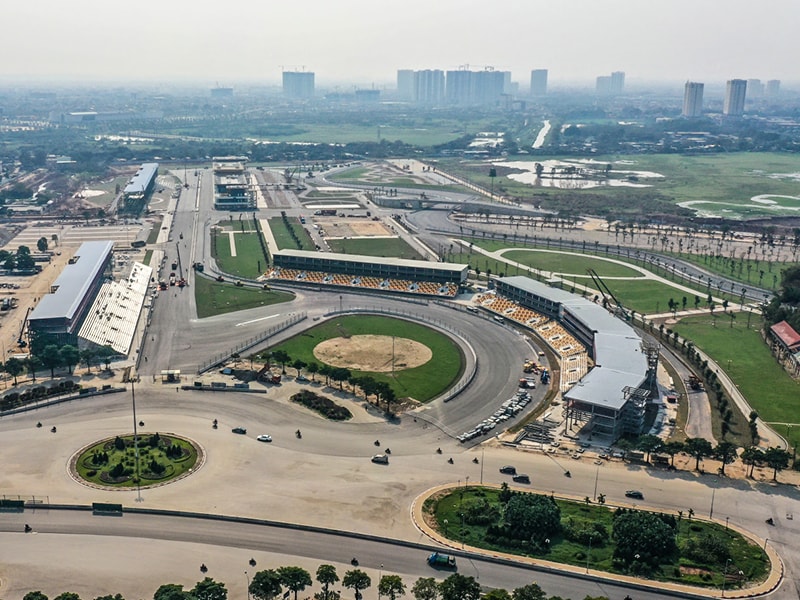 Vietnam postponed its debut Formula One Grand Prix on Friday over coronavirus fears as Covid-19 continues its rampage globally and has decimated the start of the track season.

Scheduled for April 5, the Grand Prix in Hanoi was set to be the third race of the season and the first-ever to be held by the Communist country.

Instead it has become the third event of the 2020 championship to be postponed as the virus throws global sport into disarray.

“The decision to delay the race was made after several discussions and thorough consideration between FIA, Formula One World Championship Ltd, the People’s Committee of Hanoi and the Vietnam Motorsports Association (VMA) in the consensus of VGPC.”

The statement added, “This was a very hard decision as 2020 is the first year Vietnam became (an) official member among the 22 countries hosting the world’s most professional and attractive motor race.”

China has already postponed its Grand Prix to an unspecified date, while Australia on Friday cancelled the Melbourne race hours before practice sessions were due to begin.

The Bahrain race was initially due to be held behind closed doors, but it was also shelved soon after the announcement from Vietnam.

The Hanoi Street Circuit – a motor racing venue located in the Nam Từ Liêm district of Hanoi, the capital of Vietnam – has been completed. This was revealed by the race promoters. It has been completed ahead of the inaugural Vietnam Grand Prix which was scheduled to be held in the month of April.

The Vietnam Grand Prix authorities say that the Hanoi F1 race track has been completed ahead of debut.

Vietnam was all set to join the F1 calendar with the 23-turn, 5.607km-circuit designed around the streets of the capital city Hanoi.

Earlier, the organizers had said that the inaugural event will be held as per schedule notwithstanding the fact that Covid-19 is taking a pandemic form. Numerous sports events and other public gatherings across the region have been cancelled or postponed because of the coronavirus outbreak.

The Southeast Asian nation shares a penetrable border with China, where the virus first emerged, and has 35 confirmed cases till date.

Football leagues in China, Japan and South Korea as well as the Hong Kong Sevens rugby tournament have been suspended in the aftermath of the global public health emergency.

A major international badminton event due to take place in Vietnam a week before the Grand Prix has also been postponed until June.

The final 150m-long stretch of track was laid recently along the start/finish line to complete the 23-turn track, the high point of which is a unique hybrid design that fuses a street circuit’s characteristics with a permanent track layout.

“The Hanoi F1 race track has been completed not only to deadline but also meeting all standards on safety. With the help of everyone at Tilke and F1’s motorsport division, we feel confident in saying that this track will be one of the most challenging and exciting on the F1 calendar and we look forward to it quickly becoming a fan favourite,” said Le Ngoc Chi, CEO of the Vietnam Grand Prix Corporation.

It is a watershed moment for the Vietnam Grand Prix Corporation. The track’s incredible, 300m-long pit building was completed recently. The striking design was inspired by Hanoi’s famous Imperial Citadel of Thang Long as well as the Pavilion of the Constellation of Literature – the symbol of Hanoi.

The Imperial Citadel of Thang Long is an intriguing relic of Vietnam’s history signifying its historical and cultural importance. It was bestowed the UNESCO World Heritage Site tag in 2010.

With the permanent constructions in order, the focus has now shifted to the temporary structures around the circuit, including the Grandstands – each of which is named after quintessential Vietnamese cities and locations.

Hanoi has big money at stake after it inked a 10-year deal with Formula One last year which the State media said would cost the country $60 million per year.

Race organizers say they sourced materials for the track surface within Vietnam, noting that “the original surface sample had already been sent to laboratories in Singapore and Germany to undergo thorough testing to ensure it met all FIA requirements prior to the start of the track laying process.”

The Formula 1 calendar has featured a plethora of the world’s great circuits over the years – and it is some of those iconic venues that have provided the inspiration for sections of the brand new Hanoi Circuit that is a fusion of street and permanent sections.

Hosts Vietnam was keen for the glamour and glitz of motorsport to reflect the country’s economic lift-off and help reshape Hanoi’s image as a staid Communist capital.

But Hanoi residents were more concerned about a global health crisis still billowing out.

“My kids were very excited to be able to go to the track to watch a real race,” said Le Nguyet, a Hanoi resident, who bought four tickets for $190.

“But, I support the delay of the race until the situation gets better. It is a correct move. It’s not safe for that many people to gather,” Nguyet opined

Vietnam on Friday raised the country’s total detected coronavirus cases to 45, many among them foreigners.

Districts and townships where cases have been detected have faced swift lockdown as daily life in Vietnam – like most of Asia – is in total chaos.