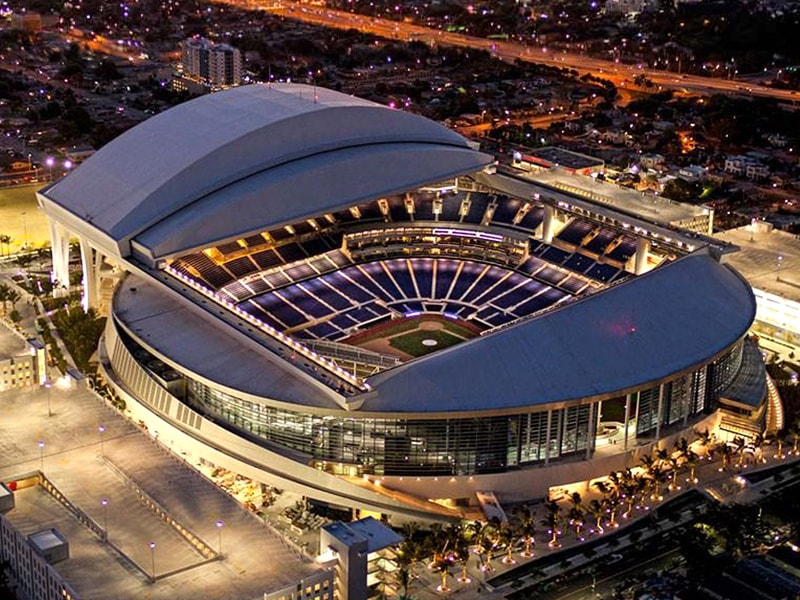 As ballparks in the US, Japan and Taiwan has been announced as host venues for the 2021 World Baseball Classic (WBC), Marlins Park, home of Major League Baseball (MLB) franchise the Miami Marlins, will become the fulcrum.

The fifth version of WBC will undoubtedly have a Miami tang to it as Marlins Park in Miami, US, will be the first MLB venue to host all rounds of the round-robin pool in next year’s classic to be played from March 9-23, 2021.

Said Jeter, “We appreciate the support of our local mayors and the elected dignitaries who are in attendance today. They understand that not only are we working hard to build a championship organization here, but the game of baseball is ingrained in our community and our residents’ heritage. … We’re partners in making Marlins Park a true destination in big events.”

Small informed that the bidding process took place last summer and that there was interest “from all over the world”.

“When we got the bid back from the Marlins, we were impressed not just with what we knew, which is the enthusiasm that takes place here for baseball, but also we were impressed that Miami and Dade County were open for business,” Small added.

“Things like hotels, things like support from the Government, from the community here factored into the decision. Ultimately, that entire package was very impressive, and it impressed us enough to say we want to play the full tournament here,” he explained.

The World Baseball Classic is the latest big-name event to be held at Marlins Park. The ballpark recently was part of the Monster Jam circuit for the third consecutive year. It also held Super Bowl 54’s Opening Night ceremony.

“We want this park to feel like this is the community’s park. This is the community’s team. We’re going to have a lot of events here. We want to liven it up here. We want more people to come in here 365 days a year. We’ve been fighting to get as many events in here as we can, and that takes a little bit of time. I think we’ve made a lot of progress since we’ve been here,” Jeter added.

San Diego’s Petco Park (2006), Los Angeles’ Dodgers Stadium (2009 and 2017) and San Francisco’s AT&T Park (2013, now called Oracle Park) were the sites for the previous four World Baseball Classic championships. Puerto Rico’s Hiram Bithorn Stadium is the only other ballpark that has hosted multiple rounds of a single World Baseball Classic, doing so in 2006 when it was a venue for the first and second rounds.

The fifth version of the national team tournament, which is organised by MLB and the World Baseball Softball Confederation (WBSC), will be held from March 9-23 next year when it will expand to 20 teams for the first time.

The Tokyo Dome – a stadium in Bunkyo, Japan, which has hosted pools in each of the previous four (WBCs), will again host the first round (Pool B) and quarter final games in 2021. The quarter finals on March 16-17, 2021, will feature the top two teams from Pool B along with the two teams advancing from Pool A in Taiwan.

However, Marlins Park, which has hosted games in each of the last two WBC tournaments, will pride itself on becoming the first venue in event history to host games in all three rounds of a World Baseball Classic in the same year.

Pool D of the first round will run from March 14-18. The North American quarterfinals, including the teams advancing from Pool C and D, will be held on March 19-20, while the semi-finals and finals will be played from March 21-23.

“Being selected to host all three rounds, including the finals, reaffirms Miami’s place as a global destination for all the biggest events, and Marlins Park is the ideal world-class entertainment venue to play host,” exulted Jeter.

“The excitement and passion on display in Marlins Park during the last World Baseball Classic showed what we already knew to be true about this market – that South Florida has an undying love for their heritage and the game of baseball. We are proud to welcome fans from across the globe to Marlins Park for this event, and we are excited to show off all the new enhancements we have made to the ballpark since the tournament was last played here,” Jeter further observed.

The 2017 World Baseball Classic, in which the United States came out trumps for the first time, was held in ballparks across the US, Japan, South Korea and Mexico. Dodger Stadium in Los Angeles served as the host for the tournament’s finale, with Petco Park in San Diego and Marlins Park also staging games. Along with the Tokyo Dome, 2017 WBC games were also played at Gocheok Sky Dome in Seoul and Estadio Charros de Jalisco in Zapopan.

The 16 teams that participated in the 2017 WBC – Australia, Canada, China, Chinese Taipei, Colombia, Cuba, the Dominican Republic, Israel, Italy, Japan, the Netherlands, Korea, Mexico, Puerto Rico, United States, and Venezuela – will all be extended an invite to return for the 2021 iteration.

Jeter, who is also part-owner of the Marlins, played a pivotal role in getting the Classic to South Florida. Jeter played in two WBCs in 2006 and 2009 and though he didn’t win either one, was proud of the experience – “The only uniform that I had worn throughout my professional career was a Yankee uniform,” he told mediapersons.

“It was the first time I had put another uniform on. When you put on the uniform that’s representing your country, it’s a pretty good feeling. Ultimately, we didn’t come out on top, but it was a fun experience just to play teams from other countries — countries you didn’t even know played baseball coming in and showing up. It was a fun atmosphere, and it’s just grown bigger and better since then,” he further stated.

Jeter wants the vibrant ambience of international play to become a daily ritual at Marlins Park – “The energy and the passion in the building was electric. Numerous visitors from around the world [were there], but quite a few from South Florida. That’s the passion of the game that we know exists in this market. And we want to grow, and that’s what we’re building toward. To get to the point where every day here at Marlins Park is a WBC Championship Game-type atmosphere. As many cheering section and musical instruments we can get in the building.”

The building has not been a strong home-field advantage for the Marlins in the past. Jeter is banking on the WBC to trigger a fan base for whom baseball is a kind of religion and hope it carries over to the Miami Marlins.

Marlins Park, which opened in 2012 on the site of the former Orange Bowl in Little Havana, has previously hosted portions of each of the past two WBCs.

“That passion, that emotion, that excitement, the noise, is all something that’s very special and something we want to share with the federations and the players that represent the World Baseball Classic. We know we have a home here in South Florida, and we’re excited to come back,” Small further commented.

Summed up Jeter, “There are a lot of baseball fans here in the Miami area. We’ve been trying to make progress in attendance for our games here, but we know the fans are here. We just have to develop that trust in the organization, but I think it’s great for the baseball fans all over the globe to come out here and experience the World Baseball Classic and the improvements to the park. We just want to celebrate baseball.”

The World Baseball Classic, essentially the World Cup of baseball, is an international baseball tournament sanctioned by the World Baseball Softball Confederation and put on in conjunction with MLB and the MLB Players Association. It began in 2006 and since 2009 has taken place every four years. 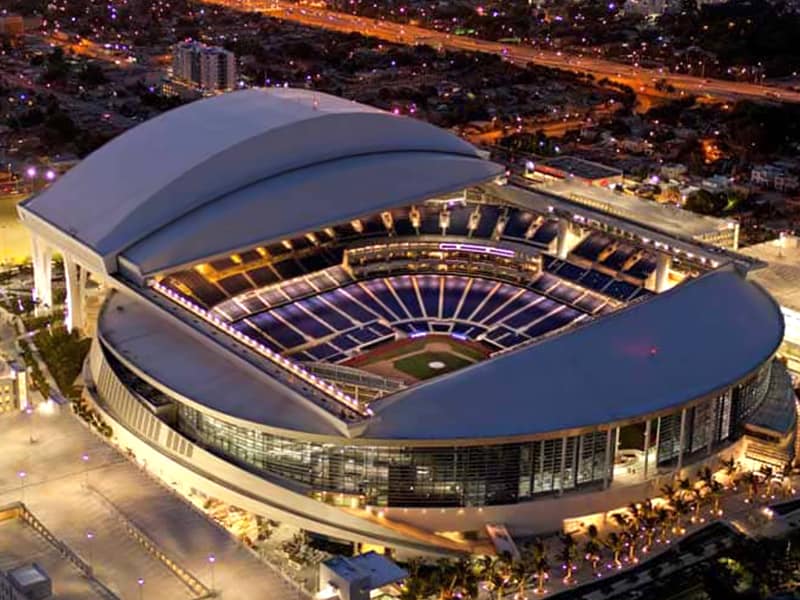 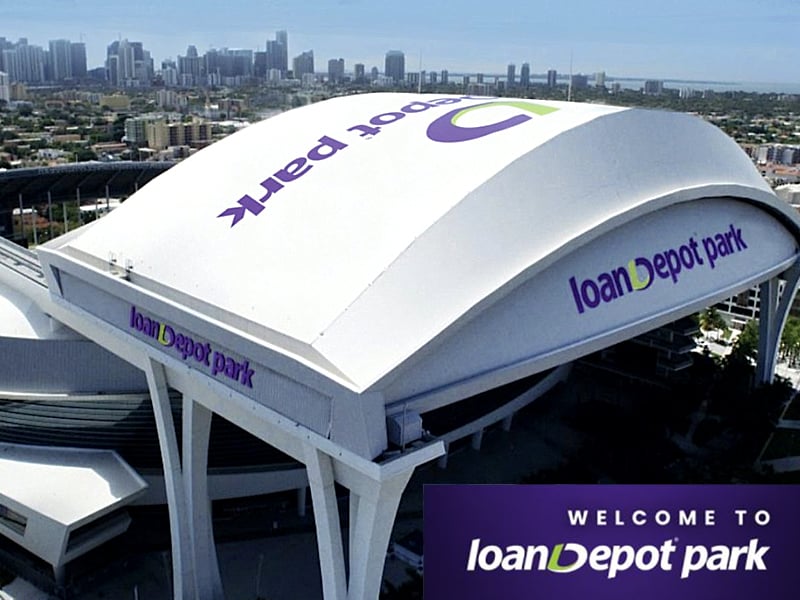