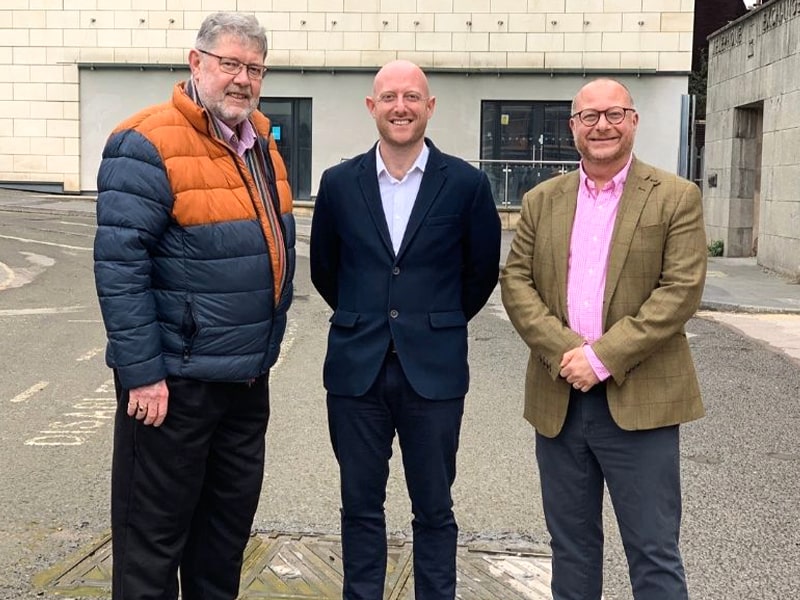 The ‘Derby City Council’ stated that ASM Global has entered into an unconditional Agreement for Lease with the Derby City Council and St James Securities, which will give the green light for construction work to commence.

The Derby City Council is the local Government unitary authority for Derby, a City in the East Midlands region of England (UK). It comprises 51 councilors, three for each of the 17 electoral wards of Derby. Currently, there is no overall control of the Council, with the Conservative Party being the biggest party.

The ASM Global is a venue and event management company based in Los Angeles (US), specializing in managing stadiums, convention centers, theaters, and unique venues.

ASM Global, which has a global network of more than 350 venues around the world, will work with St James Securities and the Derby City Council on the design development of the venue, located in the Derby City Centre.

The ‘Derby City Council’ further stated that the exciting new 3,500-capacity entertainment and events venue forms Phase Two of the £200m Becketwell regeneration scheme, which is the most significant urban regeneration scheme in the City for more than 30 years.

Construction work is underway on Phase One of the scheme, 259 Build to Rent apartments on the site of the former Debenhams store on Victoria Street, which will be funded, acquired and operated by Grainger plc, market leaders in the United Kingdom build to rent and private rented sector.

The new performance venue will be built on the site of the former Pennine Hotel, Laurie House offices, multistory car park, and Pink Coconut nightclub in Colyear Street and Padley House in Becket Street.

This new deal further bolsters ASM Global’s commitment to the continued development of venues, to support the demonstrable growth in 3,000-4,000 capacity shows in the United Kingdom.

The venue is expected to significantly add to the cultural offering in the City. It will offer a larger, more flexible space than the City Centre has had in the past and will collaborate with and complement the activities of Derby Arena to provide the best possible events program for Derby and the wider region.

It will be a scalable space capable of staging a range of concerts, stand-up comedy, family shows, musical theater, exhibitions, and business events.

The venue is a key component of Derby’s recovery plan which is putting culture at the heart of the City Centre and is playing a major role in Derby’s bid for City of Culture 2025.

The performance venue, which will be at the heart of the wider mixed-use Becketwell development scheme, will help regenerate the area and is expected to bring benefits to the City including attracting both visitors and residents to the City Centre.

The venue is set to host over 200 cultural and commercial events each year and attract an additional 250,000 visitors to Derby. It is also expected to create over 200 new local jobs, generate more than £10m GVA per year for the area, diversify the economy, and increase levels of investment in surrounding areas of the City Centre.

ASM Global, the number one partner to the world’s leading event promoters, plans to leverage its global content to bring excitement to Becketwell and to the future audiences it will draw.

Demolition work has recently commenced, with construction work on the performance venue set to commence in January 2023, with completion and handover to ASM Global in late 2024.

Observed Councilor Chris Poulter, Leader of Derby City Council, “This is an exciting milestone in delivering The Becketwell Performance Venue. This new and flexible space is a key part of putting culture back into the heart of Derby. We are delighted to be moving on the next steps of this journey working together with long-term partners ASM Global and St James Securities. This ambitious venue run by a world-leading operator will create hundreds of jobs, attract investment and generate millions of pounds each year for the City along with attracting new visitors and residents to the Derby City Centre.”

Enthused Tom Lynch, Group Commercial Director and Senior Vice-President, Europe of ASM Global, “We’re delighted to have closed this exciting deal with the Derby City Council and St James Securities to bring to market such an ambitious state of the art venue. The ASM Global looks forward to building on the great success of our UK venue portfolio and leveraging our strength in venue programing and commercialization, to further develop the cultural landscape in the Midlands and support the ongoing growth of the region’s economy.”

Commented Chris Bray, Executive Vice-President, Europe of ASM Global, “This deal marks the start of an ambitious and transformational development, and ASM Global is incredibly pleased to be a part of the journey. We’re excited to join forces with the Derby City Council and St James Securities for this significant regeneration, and new cultural hub in the center of Derby.”

Added Paul Morris, Director of St James Securities, “We are pleased to have concluded our agreement with the Derby City Council and ASM Global, who have a global reputation for excellence. We look forward to moving this exciting project to the construction phase and deliver this scheme to the people of Derby and the wider region. Closing the performance venue deal and starting on site this month continues the success story at Becketwell with over £85m of development now underway. We will continue to build on these successes as we look to bring forward further mixed-use phases in the coming months.”

Future planned phases of the scheme include the potential for a range of other complementary uses of the site including new Grade A offices and commercial space, a hotel and a multistory car park and purpose-built student residential.