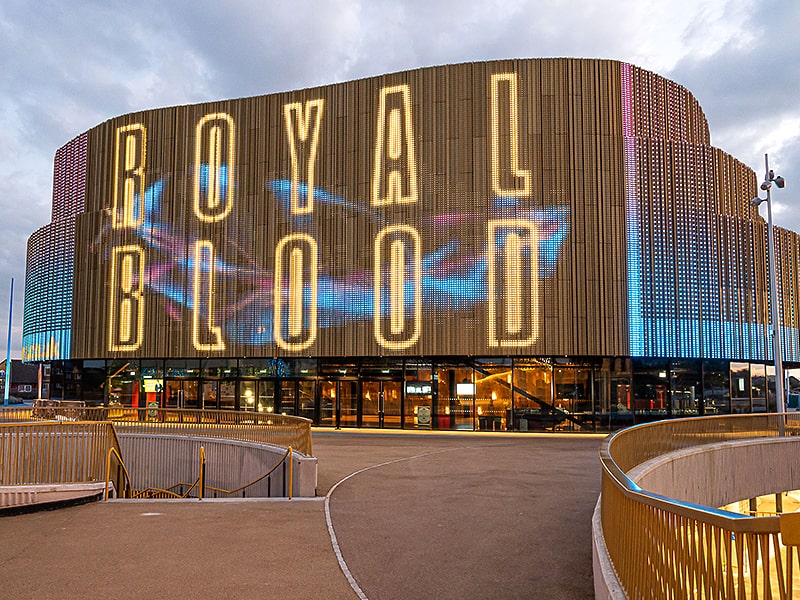 The ‘UK Government’ stated that the UK Government Minister David TC Davies was among those present to officially open Swansea’s 3,500-capacity venue, called the Digital Arena, which has been part-funded by the £1.3bn Swansea Bay City Deal in which the United Kingdom Government is a partner.

The Digital Arena is at the heart of the £135 million Copr Bay development, and is surrounded by a new 1.1 acre coastal park, accessed by a new bridge over Oystermouth Road.

The ‘UK Government’ quoted UK Government Minister David TC Davies as stating, “Copr Bay is a wonderful addition to Swansea and I’m absolutely delighted that the UK Government has contributed £13.7m to the project. It will attract visitors and provide a great leisure destination to Swansea’s residents. And it will support jobs and opportunities, as we build back better after the COVID pandemic. Projects like this one demonstrate what the UK Government means when we talk about Levelling Up and means that Swansea has a great future.”

Added Davies, “I would like to thank all our partners for the hard work that has gone into this fantastic project.”

Said Councilor Rob Stewart, Swansea Council Leader, “The official opening of Copr Bay Phase One is delivering on our promise to the people of Swansea. This shows Swansea is not a City of artist’s impressions – we are transforming the City with a £1bn program of investment. Copr Bay will create a fantastic new leisure destination and hundreds of jobs and opportunities for the local people, while also helping support local businesses and generate more footfalls and spending for our City Centre.”

Added Stewart, “We’ve delivered this scheme during a pandemic, so everyone involved deserves enormous credit – from Council staff and funding partners to our contractors and the Ambassador Theatre Group, who will operate the arena on our behalf and bring world class entertainment to Swansea. Worth £17.1m a year to Swansea’s economy, Copr Bay is already acting as a catalyst for even more jobs and investment, meaning Swansea is very well-placed to quickly bounce back from the economic impact of COVID. It’s a key part of a £1bn regeneration story that’s unfolding in Swansea, transforming our City into the UK’s best to live, work, study, and visit.”

Stated Mark Drakeford, First Minister of Wales, “This is a very exciting time for the regeneration of Swansea and I’m delighted that we’ve been able to invest in these projects which will increase the connectivity between the City Centre and the waterfront and provide Swansea with a state-of-the-art facility that will increase its ability to host major cultural and business events. I’d like to congratulate all partners on delivering this project in such difficult circumstances.”