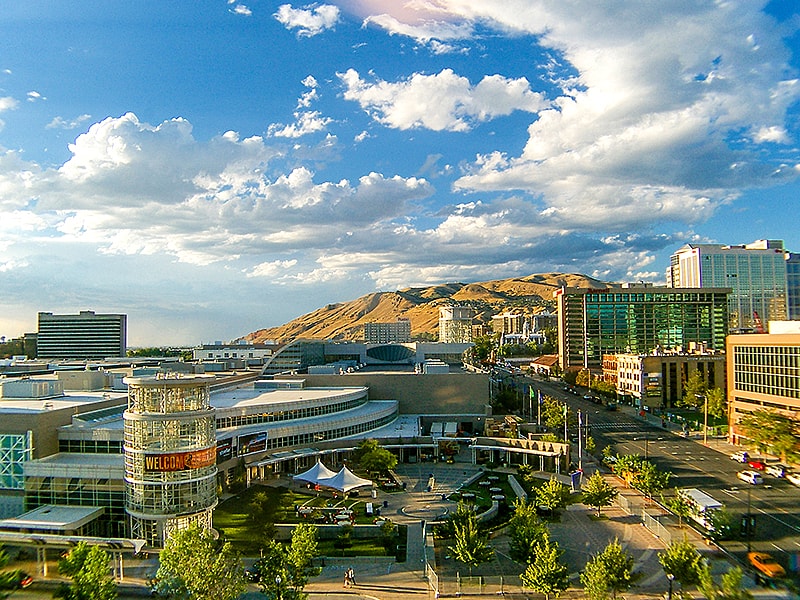 Surely the irony has escaped no one that Salt Lake City in Utah (US) could be in line to host the Winter Olympic and Paralympic Games for a second time in 2030 following the Japan bribery scandal.

‘inside the games’ stated that at least this time, the American City has not initiated the palm-greasing, but it looks increasingly likely that corruption will have played a large part if they are awarded the event again.

The 2030 Winter Olympics, officially known as the XXVI Olympic Winter Games, is an upcoming international multisport event. The Host City was initially set to be elected at the 140th International Olympic Committee (IOC) Session in Mumbai (India) in 2023, but IOC officials declared in December 2022 that they were no longer working toward electing a host at that time.

The Japan bribery scandal involves bribes allegedly paid by would-be sponsors to an executive of Tokyo’s 2020 Olympic organizing committee, Haruyuki Takahashi. Takahashi, described as having “enormous clout in arranging Olympic sponsorships,” has been in detention since being arrested in November 2022 on suspicion of receiving bribes.

‘inside the games’ further stated that the City founded by the Mormon Pioneers in 1847 has emerged as the International Olympic Committee’s (IOC) best hope of finding a Host City for the Games in 2030 after the Sapporo Mayor Katsuhiro Akimoto announced they were pausing its bid.

Akimoto admitted it was to deal with the impact of Japan’s growing Olympic bribery scandal involving payments made to organizers of the rearranged 2020 Games in Tokyo last year.

Signs that the controversy was affecting Sapporo’s campaign were there in October when Akimoto, and the President of the Japanese Olympic Committee, Yasuhiro Yamashita, abruptly canceled a visit to the IOC headquarters in Lausanne to promote the City’s bid.

Yamashita claimed the decision had no connection with the bribery allegations, blaming “scheduling issues”, but few believed him.

Still, the impact on the public of revelations that Haruyuki Takahashi, a former Tokyo 2020 Executive Board member, had been arrested on suspicion of taking bribes in return for helping companies become official sponsors for the Olympics seems to have come as a surprise to senior IOC officials.

So far, 15 people have been indicted over the scandal, including the former President of a Tokyo-based dollmaker that produced the mascots, as well as former and current executives from Aoki Holdings, a suit retailer that supplied the Japanese team’s uniforms for the Olympics, and a publishing firm and advertising agency.

Michael Payne, IOC’s former Director of Marketing from 1989 to 2004 and who remains an influential figure thanks to his close links to its President Thomas Bach, had claimed the bribery scandal was unlikely to affect Sapporo’s “technically very strong bid”.

Remarked Payne, “I think of this very much as a local, political issue. It raised eyebrows as to why they’re making such a meal out of what is frankly minor sponsor influence-peddling.”

Japanese officials, however, had sensed the danger, with Tokyo 2020 President Seiko Hashimoto and Governor of Hokkaido Naomichi Suzuki among those who admitted they feared the growing scandal had the potential to damage Sapporo’s bid to host the Winter Olympics for the first time since 1972.

Akimoto has announced that Sapporo “will discontinue for some time any aggressive effort on such activities. We will review our bid to gain the true understanding of the people of the City.” He has insisted that the bid is not being abandoned.

Sapporo’s announcement came after the IOC had made a surprise move following its Executive Board meeting to postpone choosing a 2030 host.

It had been expected to be announced at next year’s IOC Session in Mumbai (India) but is now likely to be delayed until 2024 when the host for the 2034 Winter Olympics could also be chosen.

While the IOC said the reason for the delay is the need for assessing the effects of climate change on the Winter Games and looking at the possibility of eventually establishing permanent, rotating host Cities, some within the Olympic Movement saw it as a ploy to help Sapporo’s bid to weather this crisis, recharge and come back stronger at the end of 2023.

But if the bribery scandal continues into the whole of 2023, and potentially continues to grow, then public opposition to a bid from Sapporo is only likely to intensify.

With Vancouver struggling to convince the British Columbia and Canadian Governments to support its bid, Salt Lake City could be the IOC’s only option.

For the moment, Salt Lake City is playing it cool.

Fraser Bullock, President and Chief Executive of the Salt Lake City-Utah Committee for the Games said in a statement following Sapporo’s announcement, “Bidding to host the Games is always a fluid process with changing dynamics. It is challenging to assemble all the elements of a bid. While we observe the other bidders, our focus is putting together the best bid possible. It is a tremendous amount of work and we continue to be deeply engaged to complete our bid file work in the spring of next year. We believe we have all the pieces to be a fantastic host of the Games, either in 2030 or 2034.”

Prior to its successful bid in 1995, Salt Lake City had attempted four times to secure the Winter Olympics. The final straw also involved a corrupt Japanese bid, when Nagano was awarded the 1998 Winter Olympics, beating Utah’s capital by 46 votes to 42.

Salt Lake City officials, including bid leader Tom Welch, were convinced it was because Nagano had better wined and dined the officials.

One member of the defeated bid complained, “We were giving out saltwater taffy and cowboy hats, and they were giving out computers. IOC members who came to inspect Nagano were put up in ritzy hot spring resorts, where they washed down expensive sushi with sake poured by kimono-clad geisha. They went home laden with souvenir gifts and expensive paintings.”

The Nagano Olympic 1998 Bid Committee had spent approximately $14 million (£11.5 million/€13 million) on entertaining the 62 IOC Members and many of their companions, it was alleged. The exact figure will never be known because shortly after winning, Japanese officials destroyed all the documents relating to their campaign.

Salt Lake City officials vowed not to make the same mistake in their bid for the 2002 Winter Olympics. More than 70 of the 100 Members of the IOC personally visited the City at the Bid Committee’s expense with more than $16 million (£13 million/€15 million) spent on entertaining them. Cash, scholarships, jobs, medical treatment, shopping sprees, excessive travel, and expensive gifts were presented to IOC delegates and their families.

The plan paid off handsomely and when 50,000 people gathered outside the Salt Lake City Mayor’s office to receive the result of the final announcement in June 1995 they celebrated wildly as, at the fifth attempt, it was awarded the Olympics. The margin of victory reflected the effort they had put in “persuading” the IOC members as they polled 54 votes to win in the first round with Östersund in Sweden and Sion in Switzerland getting 14 each and the Canadian City Quebec City seven.

In the end, Salt Lake City 2002 was a surprisingly good Winter Olympics, despite taking place amid a huge security operation as a result of the 9/11 terrorist attacks which had taken place in the United States five months earlier. There is no doubt that they could stage them again with minimal expenses needing to be spent on building new facilities and infrastructure.

The biggest challenge could be opposition from the United States Olympic and Paralympic Committee and Los Angeles, which is due to host the 2028 Summer Olympic and Paralympic Games. With the US also due to be the lead country when North America and Mexico hosts the 2026 FIFA World Cup™, competition for sponsorship dollars could be tight. It is why that Salt Lake City officials always believed that 2034 was a better option.

In the end, though, if the IOC needs Salt Lake City to bail it out of the massive hole it currently finds itself in, there is no doubt that a solution will be found. It just needs someone to host the 2030 Winter Olympic and Paralympic Games. 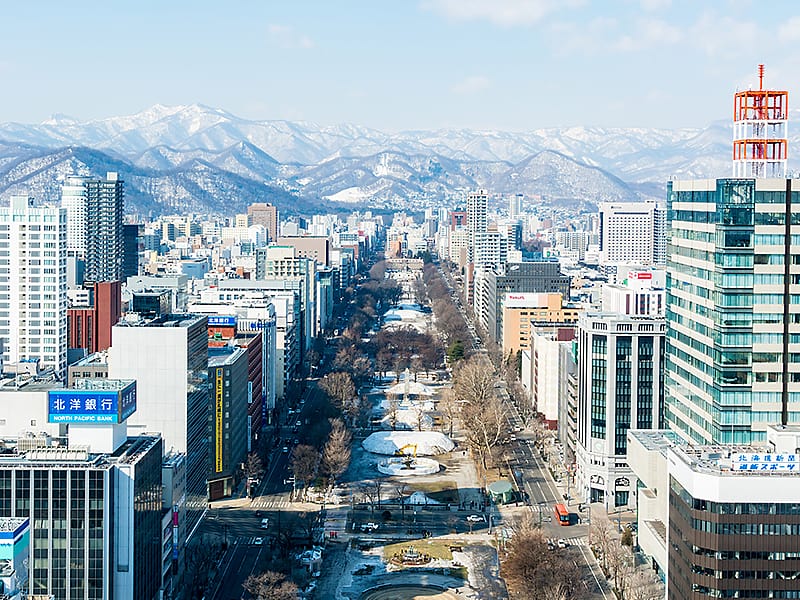