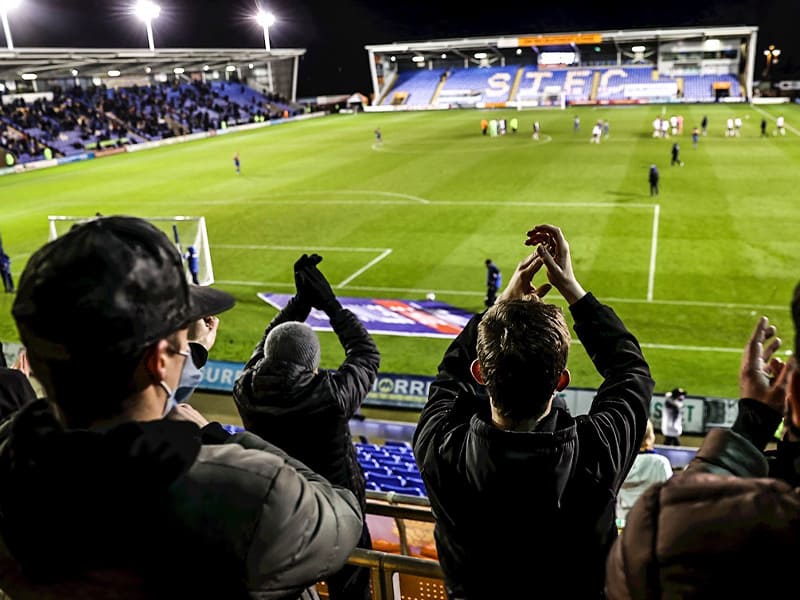 Several English Football League (EFL) clubs in the United Kingdom welcomed fans to their stadia for the first time in nine months on Wednesday night as new guidelines allowing up to 2,000 spectators at live sporting events were introduced.

England’s new three-tier system came into effect on December 2nd after the national lockdown was lifted which was earlier imposed as UK faced a second wave of coronavirus. Spectators will be allowed to watch sport in Tier 2, with a maximum crowd capacity outdoors of 50 percent of the capacity of the stadium or 2,000 people, whichever is smaller. Indoors, the maximum capacity is 1,000.

The Government’s guidance allows exceptions for attendances over 4,000 for “any Government-endorsed test events”.

Fans attending Wednesday’s football matches were asked to remain socially distant at all times, and face marks were made compulsory as they entered the facility and went to their seats.

Strict orders were given not to touch the ball if it comes near them, or to approach players before or after the game.

On singing and shouting – a staple of attending matches prior to the pandemic -Government guidance states, “Given the higher risk of transmission associated with singing and shouting, event organizers should remind spectators of this and strongly, therefore, encourage the use of face coverings in all outdoor spectator settings, including seats/standing points.”

An exemption to current legislation will allow clubs to sell alcohol without a substantial meal, with fans able to drink in the stadium concourses.

In the Championship (the second tier of the English football league system), the professional association football club based in the town of High Wycombe, Buckinghamshire, England – Wycombe Wanderers – greeted 1,000 fans for the club’s first-ever match in the second tier. However, the home supporters left disappointed after Wycombe lost 1-0 to the English professional football club based in Stoke-on-Trent, Staffordshire (UK) – Stoke City. Nevertheless, Wycombe Manager Gareth Ainsworth said it was “awesome” to have fans back.

It was for the first time since February that Wycombe supporters had attended a match at Adams Park (home ground of Wycombe Wanderers). Wycombe is now looking to welcome 2,000 fans for the home match against the professional association football club based in Coventry, West Midlands, England – Coventry City – on December 12th.

Elsewhere in the Championship, the professional association football club based in the town of Luton, Bedfordshire, England – Luton Town – received 1,000 fans to their residence Kenilworth Road. Luton’s process for selecting the 1,000 fans was a ballot among supporters who have held a season ticket for 10 years or longer.

A number of other EFL clubs in Tier 2 areas are set to welcome fans back to their stadia fold this weekend following last week’s announcement of the new tiered lockdown system in England. Half of the clubs in the Premier League will also welcome back fans during the weekend.

A new campaign going by the title – ‘For the Love of Sport’ – was launched this week to support the safe return of fans to stadia. The campaign has been developed by the Sports Technology and Innovation Group (STIG) and promotes safety advice to fans, while setting out how grounds are publicizing that they are safe. STIG is also working on how technology can help get greater numbers into stadiums.

The Sports Technology and Innovation Group have been launched by the Secretary of State for Digital, Culture, Media and Sport (DCMS) Oliver Dowden CBE to work with sport bodies to explore high-tech solutions to get fans back into venues.

The campaign has been launched by a range of sports and includes a ‘We’re Fan Ready’ mark for grounds and venues. The message will be visible across arenas, with each sport to integrate its own messaging specific to their club, venue or competition.

Carphone Warehouse Co-Founder David Ross, who is also in the role of Chair, STIG, stated, “For both fans and sportsmen and women, the love of sports goes hand in glove with the atmosphere in stadiums. Everyone in sports is working extremely hard to get people back to cheering their teams on as soon and as safely as possible. Now more than ever, it’s really important that we all play our parts and follow the guidance. This will help us keep everyone safe, and over time allow more and more fans back into the grounds.”

Discussions are taking place over the possibility of pilot events being held in a big way but Ross said this would depend on upcoming events going ahead safely. He also maintained that responsible behavior on the part of spectators was key to the successful holding of an event in a COVID-riddled world.

Ross told mediapersons, “There is now a hope and an ambition that large-scale pilots will be the next stage of where we go, and it is fair to say that is an active discussion between us and the DCMS. They have got to be really well thought through. I have no doubt that the most important thing in taking this forward will be proving that the 2,000 and 4,000 levels is something we can build upon. Responsible fan behavior really underpins that route back.”

It has launched a campaign – ‘For The Love Of Sport’ – to coincide with the return of spectators to venues and to outline the responsibilities fans have to the sports and clubs they love, and that the venues and clubs have to keep them safe as individuals.

Venues across a number of sports including football, horseracing and rugby union will display tailored messaging.

For instance, Wycombe had already posted a banner on their website ahead of Wednesday night’s match against Stoke – ‘For The Love Of The Chairboys Please Keep A Safe Distance.’

Venues will also be able to display ‘We’re Fan Ready’ banners to show they have stuck to the protocols and guidance laid down by the Sports Grounds Safety Authority (SGSA) and the Government.

Fans also returned to horse racing on Wednesday with a limited number of spectators permitted at Ludlow, Lingfield, Kempton and Haydock.

The PDC World Darts Championship at Alexandra Palace in London will also welcome up to 1,000 fans in each session, but spectators will not be allowed to wear fancy dress or sing.

The tournament will take place from December 15th to January 3rd, but people from tier-three areas will not be allowed to attend.

Organizers said. “Unfortunately, for this year only, we are unable to permit any spectators on site in fancy dress. Christmas jumpers, however, are allowed.”

A statement on the PDC website added, “‘Football style’ singing and chanting will not be permitted, however, you will be able to encourage your favorite players from your table. Failure to adhere to requests from event security to comply with this may lead to your removal from the event.” 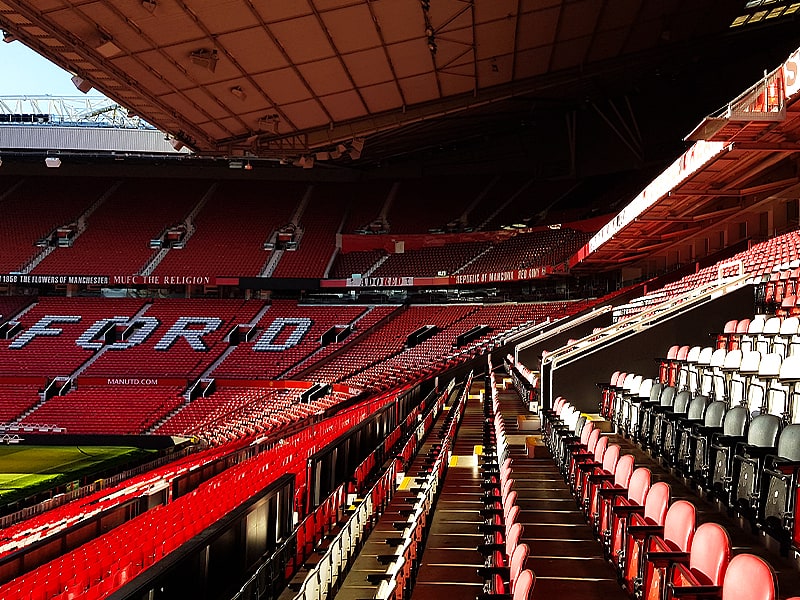 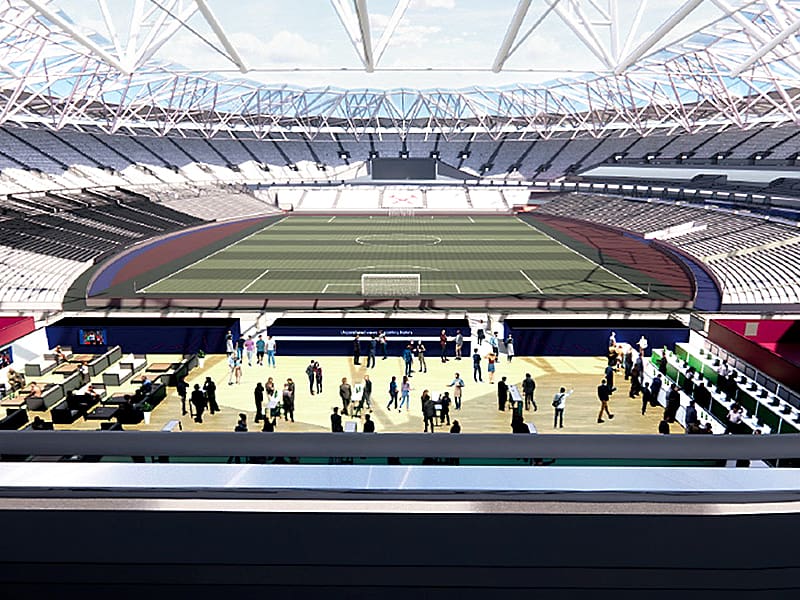 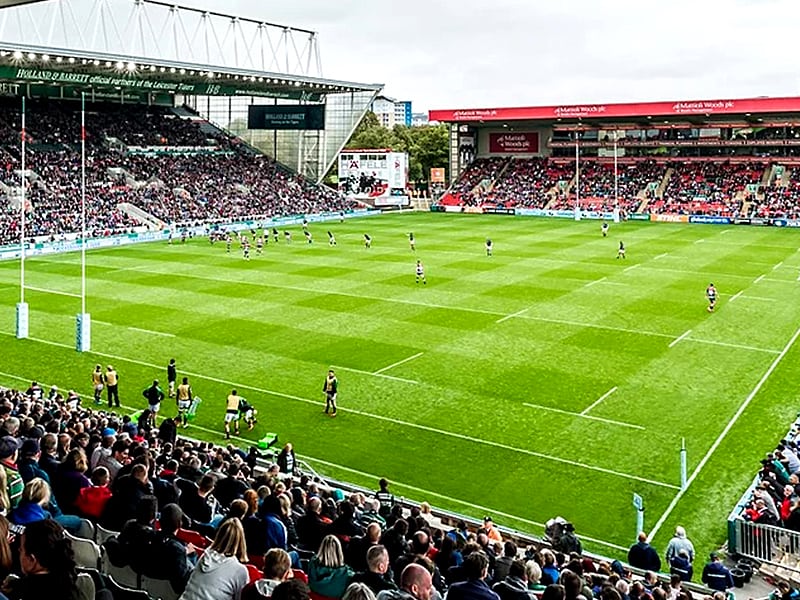 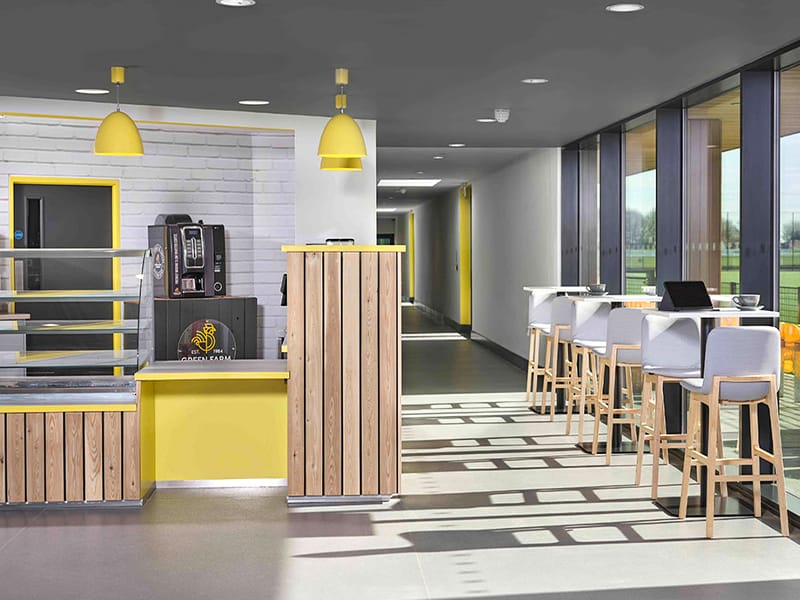