Fans to the brim at Rose Bowl Real-Juve game 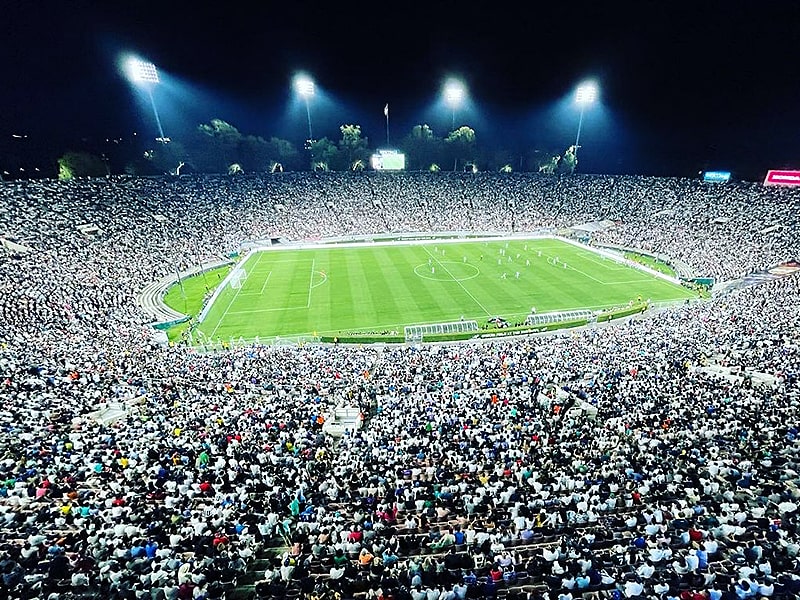 The Rose Bowl Stadium in Pasadena, California (US) was packed on the night of July 30th with almost 100,000 fans from all over the world watching a soldout championship soccer match between the LaLiga club Real Madrid CF (Spain) and the Serie A club Juventus F.C. (Italy). Real Madrid stole the show defeating Juventus 2-0.

‘CBS News’ stated that fans playfully taunted each other outside the stadium. Rabid followers of Real Madrid and Juventus were both in attendance, though mostly Real Madrid.

The 90,888-capacity Rose Bowl is an outdoor athletic stadium located in Pasadena, California, US. Opened in October 1922, the stadium is recognized as a National Historic Landmark and a California Historic Civil Engineering landmark.

‘CBS News’ further stated that the above teams are two of the world’s biggest soccer clubs and there was no shortage of people saying they’re the world’s biggest fans, with one person after another telling that getting to see the teams play in the Rose Bowl was unforgettable.

Said Tim Ventura, “That’s amazing. That’s something that makes you feel like, whatever, what you love is coming to your City.”

Cesar Calderon echoed the sentiment, “For me, it’s once in a lifetime for them to come over to this City, this country. So, you gotta come. You can’t miss it.”

Another fan, Anthony Mendoza, never thought he’d actually get to see his team play in person – “Honestly, it’s crazy that they’re actually here. I never expected to actually see them in my lifetime around here. I was hoping to go to Italy sometime, but it’s a great opportunity to be able to see them here.”

Though they start making fans young in the soccer world and babies get indoctrinated, it doesn’t always work. The Cabezas’ home is a divided one. Asked how they work it out, Freddie Cabezas said his team wins all the time, and Jessica Rivas said something that many fans can identify with – “It’s a lot of yelling and a lot of soccer games on TV.”

With so much passion for the game in the air, some fans were looking for bragging rights.

Said Jesus Peralta, a Real Madrid fan who lives in Los Angeles, “We’re respectful to our opponent, but they’re getting beat today. That’s okay. It is what it is. You’re playing the kings of Europe, I’m sorry.”

Final score aside, the Rose Bowl and the City of Pasadena are already winners with fans filling hotels, restaurants and shops.

Stated Lisa Derdarian, with Pasadena Public Affairs, “It’s very beneficial, especially for a lot of these businesses that still need to catch up from suffering during the COVID time.”

Rose Bowl head honcho Jen Weiden said the big event was a sign that things are getting better – “This is our first large-scale event inside the stadium, other than college football, since the pandemic started. So, this event for us really shows that we’re getting out of this and we’re going back to what we do best.”

There were some problems, however. Hundreds of people were still in line, waiting to get into the stadium 45-minutes after the game had started and they were not happy about it. Many said they want to see things change before the World Cup and Olympics come to the Southland.