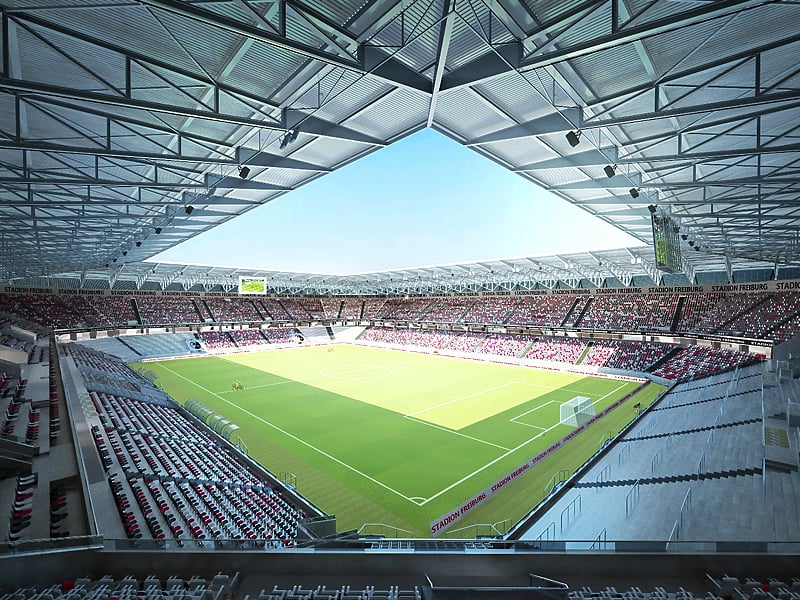 The Bundesliga club SC Freiburg (Germany) has finally buried the hatchet with the residents as regards the latter complaining about noise pollution being produced from the former’s facility.

The ‘kicker’ stated that the Bundesliga club will be able to use its new stadium hassle-free in the future. They have reached an out-of-court settlement with the nearby residents over the noise pollution factor.

However, the out-of-court settlement reached is yet to be approved by the local Council but they are most likely to give the green light.

As per a court ruling in the year 2020, the top-flight has not been allowed to host league games in the evenings or at Sunday lunchtime. The neighbors were losing their sleep over the ‘noise pollution’ the venue would cause on gameday, and after a protracted legal battle, the neighbors had the last laugh.

SC Freiburg or just Freiburg is a German football club based in the City of Freiburg im Breisgau, Baden-Württemberg (Germany). It plays in the Bundesliga, having been promoted as champions from the 2. Bundesliga in 2016.

The 34,700-capacity SC-Stadion, known as the Europa-Park Stadion for sponsorship reasons, is a football stadium in Freiburg, Germany. It primarily serves as the home stadium of SC Freiburg, replacing the club’s former home, the Schwarzwald-Stadion.

Following complaints from the local residents, the Baden-Württemberg Administrative Court (VGH) had ruled on September 15th, 2020, that Bundesliga games will not be permitted from 8 pm or on Sundays between 1 pm and 3 pm. It will only be relaxed in the case of domestic or European cup fixtures.

The ruling came as a huge blow for a club that plays its league matches on weekends. Because Bundesliga matches are “recurring events” rather than one-offs, the noise ordinance applies, and matches in those times are forbidden since they occur during a “daily rest period”.

The ‘kicker’ further stated that now, following the out-of-court settlement reached with the residents, SC Freiburg can use the Europa Park stadium sans restrictions. The plaintiffs, the City of Freiburg, the sports club, and the Regional Council ended the noise dispute case that had been smoldering for years with a settlement reached on February 9th, 2022.

Said SC Board Member Oliver Leki in a press release sent out, “I am pleased on reaching an out-of-court settlement with the residents. Good relations with the neighbors hold us in good stead. We thank the Mayor of Freiburg im Breisgau, Martin Horn, for playing a key role in bringing about the settlement.”

Stated Mayor Horn, “We have reached an amicable settlement which serves the interests of both the residents as well as the club.”

The City Council while greenlighting the Europa Park Stadium had committed not to carry out any construction work in the neighboring 10-hectare forest area for the next 30 years and to work to include it in the existing bird sanctuary. The other riders are – the stadium cannot be converted into a multifunctional hall for at least 10 years and the stadium area cannot be used for large-scale concerts or open-air cinema events with more than 5,000 spectators.

« Previous News: Italy stadia could open full house in March
» Next News: Stade Bauer get back its pride of place