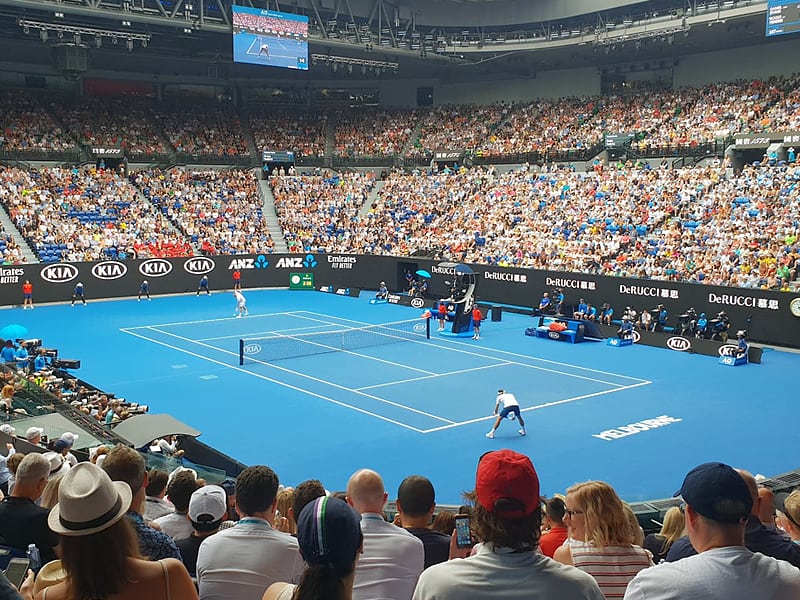 Two of Australia’s biggest sporting events – the Australian Open tennis tournament and the annual Boxing Day Cricket Test match in Melbourne – will be allowed to be played in front of full-capacity stadiums following easing of COVID-19 restrictions.

The ‘Gadget Clock’ stated that with 90 percent of people over the age of 16 expected to be fully vaccinated very soon in Melbourne’s capital, Victoria, authorities are easing the rules on coronavirus, including limiting the capacity of public events.

Not very long back, Australia was battling with the Delta variant outbreaks which totally thwacked the country.

The Australian Open is a tennis tournament held annually over the last fortnight of January at the 10,500-capacity Melbourne Park in Melbourne, Australia. The tournament is the first of the four Grand Slam tennis events held each year, preceding the French Open, Wimbledon and the US Open.

The Boxing Day Test match is a cricket Test match held in Melbourne, Victoria, Australia, involving the Australian cricket team and an opposing national team that is touring Australia during the Southern summer. It begins annually on Boxing Day (December 26th) and is played at the 1, 00,024-capacity Melbourne Cricket Ground (MCG).

The ‘Gadget Clock’ further stated that events with up to 30,000 spectators can be held without the approval of the State Government and large events can go ahead at full capacity if they have a Government-approved coronavirus protection plan.

Attendees at all sports competitions must be fully vaccinated.

The Australian Open, which is played in the month of January every year in Melbourne, attracted about 820,000 spectators in two weeks when it was last held at full capacity in 2020. Grand Slam tournaments are played at various venues, the largest of which is the Rod Laver Arena (a multipurpose arena located within Melbourne Park), able to seat about 15,000 spectators.

Last year, attendance was limited to 30,000 fans a day for the first five days before Melbourne was hit by COVID-19. The final four days of the tournament were played at 50 percent capacity.

The Victorian Government said in late October that it would not ask for a waiver for unvaccinated players to enter the country. International visitors need a Government discount to enter Australia.

Stated the Premier of Victoria, Daniel Andrews, at a presser held recently, “Whether it’s 100,000 people at MCG on Boxing Day or a small group of people standing in their pub’s public bar drinking beer, this is a quid-normal made by every Victorian.”

Other restrictions in Victoria are also being lifted. There are no restrictions on the number of people allowed in restaurants and bars, and masks will no longer be mandatory in most places.