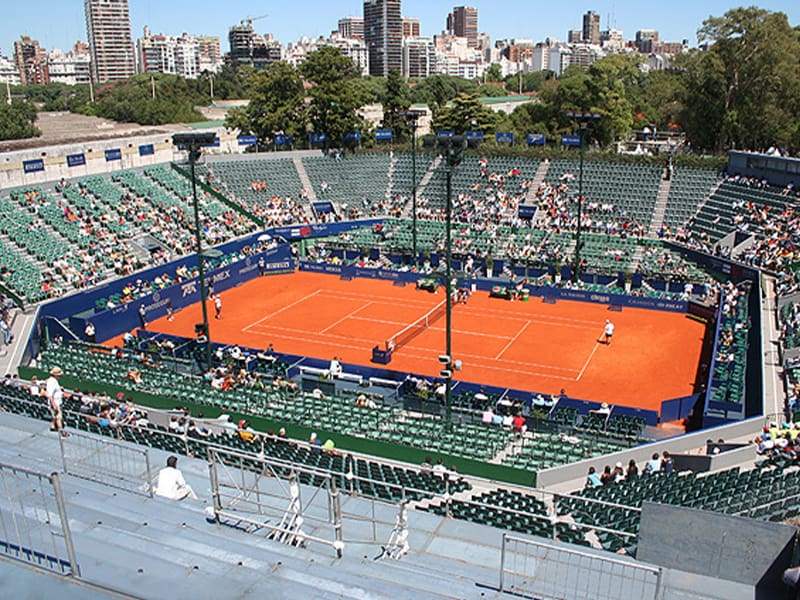 The International Tennis Federation (ITF) has announced that the Hopman Cup, the ITF’s official mixed team competition, will return for the 2023 tennis season.

‘ITF’ stated that the competition will be operated by Hopman Cup event promoter, Tennium, and hosted on clay in Nice, France, from July 19th-23rd, 2023.

The Hopman Cup is an international eight-team indoor hard court tennis tournament that played mixed-gender teams on a country-by-country basis. It was held in Perth, Western Australia, each year from 1989 to 2019, before being replaced on the calendar in 2020 by the now defunct Association of Tennis Professionals (ATP) Cup.

The ATP Cup was an international outdoor hard court men’s tennis team tournament, which ran from 2020 to 2022.The tournament was played across one or three Australian Cities over 10 days in the lead up to the Australian Open, and featured teams from 12, 16 or 24 countries.

Barcelona (Spain)-based Tennium looks to work closely together with players, global brands and investors in the build out of the sport. Its focused model allows it to go very deep into the sport and be fully committed to its different stakeholders.

Tennium’s vision is to become a relevant force in global tennis by building synergetic business lines integrated under one platform bringing together different parts of the sport.

‘ITF’ further stated that last played in 2019, the Hopman Cup has enjoyed an illustrious history as a unique fixture on the annual tennis calendar.

The event has featured a who’s who of the international game with legends such as Roger Federer, Serena Williams, Novak Djokovic, Steffi Graff, John McEnroe, Martina Hingis, Boris Becker, Li Na, and Andy Murray representing their nation in both singles and mixed doubles.

Founded in 1989, the event spent its first 30 years in Perth, Australia, and was played in the opening week of the tennis season.

The prestigious Nice Lawn Tennis Club will host the international mixed team event from 2023 to 2027, as part of a five-year agreement between the ITF and Tennium, a Barcelona (Spain)-based company who operate multiple ATP and Women’s Tennis Association (WTA) events.

As in previous editions of the competition, each team will consist of one male and one female player, with ties between nations featuring one men’s singles match, one women’s singles match and a mixed doubles match.

Six teams will compete in the 2023 and 2024 editions, with the competition expanding to eight teams from 2025 onwards. As hosts, France will field a team each year.

The Hopman Cup was named after renowned Australian Davis Cup captain, Harry Hopman. In addition to a hugely successful playing career that saw him reach three Australian Open singles finals and win seven Grand Slam titles across men’s and mixed doubles, Hopman led the Australian team to a record 16 titles between 1939 and 1967. Hopman’s widow, Lucy, was a regular attendee at the Hopman Cup in Perth until her death at the age of 98 in 2018.

Said David Haggerty, ITF President, “We are thrilled to partner with Tennium and that the Hopman Cup will return in 2023. We are already looking forward to visiting the beautiful City of Nice next July. The Hopman Cup, as a unique mixed team event, has always enjoyed a special place in the hearts of tennis fans, and I am sure that spectators in Nice will relish the chance to see some of the world’s top men and women players on the same court. I would like to thank our event partners, Tennium, for helping us reintroduce the Hopman Cup to the tennis calendar, and we look forward to working together over the coming months and years.”

Stated Kristoff Puelinckx, Tennium CEO, “We would like to thank the International Tennis Federation for entrusting Tennium to bring the Hopman Cup back to the international tennis circuit. We are looking forward to building out this great event by leveraging our extensive experience with tournaments, players and fans from around the world. We will work closely with the ITF to ensure this event continues to be a milestone on the tennis calendar and we believe that Nice is the perfect stage for it.”

Added Christian Estrosi, Mayor of Nice and a former professional motorcyclist, “This event confirms once again that Nice is a privileged destination for the biggest international sporting events. After the Grand Départ of the Tour de France (annual men’s multiple stage bicycle race) in 2020, the Top 14 semi-finals in 2022, the Hopman Cup will precede the Rugby World Cup by a few weeks, and then the arrival of the Tour de France in July 2024. Tennis is a major sport in Nice, a discipline that has a strong history, with a club that is more than 100 years old and great players who have marked French tennis.”