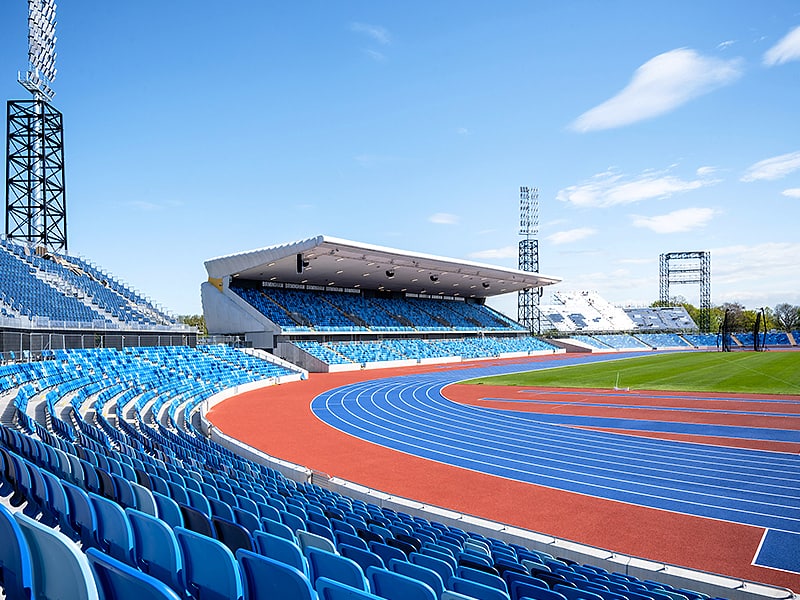 Rugby league fixtures are set to be played in Birmingham’s (UK) Alexander Stadium complex, which were the 2022 Commonwealth Games’ main venue, after a partnership was agreed by League 1 club Midlands Hurricanes and the Birmingham City Council.

‘inside the games’ stated that the Hurricanes, who play in League One, are due to play their home games during the 2023 season at the Perry Barr location in Birmingham, England, UK, starting with a tie against the Cornwall Rugby Football Union on February 19th.

The 18,000-capacity Alexander Stadium is a track and field athletics stadium in Perry Park, Birmingham, England (UK). It hosted the athletics and opening/closing ceremonies of the 2022 Commonwealth Games. Other events held there include the annual British Grand Prix between 2011 and 2019 and in 2022, the Amateur Athletics Association Championships, 1998 Disability World Athletics Championships and English Schools’ Athletics Championships. The stadium will also host the Midlands Hurricanes rugby league team from 2023 onwards.

The Midlands Hurricanes are a semi-professional rugby league club jointly based in Birmingham and Coventry, West Midlands, England. They were founded as the Coventry Bears in 1998 and entered the third tier of the British rugby league system, currently known as League 1, in 2015.

The Birmingham City Council is the local Government body responsible for the governance of the City of Birmingham in England, which has been a metropolitan district since 1974. It is the most populated local Council area in the United Kingdom with 101 elected councilors representing over one million people, in 69 wards.

The Cornwall Rugby Football Union is Cornwall’s most popular spectator sport with a large following. The followers of the national side are dubbed Trelawny’s Army. In 1991 and 1999, Cornwall won the County Championship final played at the 82,000-capacity Twickenham Stadium, beating the Yorkshire Rugby Football Union and the Gloucester Rugby, respectively, to win the Cup.

‘inside the games’ further stated that the club will utilize the community pitch adjacent to the main stadium which hosted athletics and the Opening and Closing Ceremonies at Birmingham 2022.

Enthused Ian Ward, Leader of the Birmingham City Council, “We are delighted to welcome the Midlands Hurricanes to the Alexander Stadium. Rugby league is an exciting sport, as demonstrated by the recent World Cup that was staged here in England. The Hurricanes have an ambition to grow the sport in the City and wider region, which is something that reflects our own aims to improve levels of participation in sport and physical activity.”

Added Ward, “The stadium will provide the club with a world-class base for their operations, adding to our growing roster of partnerships and I wish them the very best for the season ahead.”

Season tickets are currently on sale via the Hurricanes website.

The club and the Council are optimistic that the deal will generate new interest in a sport that they say has been under-represented in the City (Birmingham).

The Hurricanes join the Birmingham City University, UK Athletics and the Birchfield Harriers Athletics Club in the list of partners who are using the stadium.

Exulted Greg Wood, Midlands Hurricanes Chief Executive, “We are absolutely thrilled to have agreed to the partnership with the stadium to make it the home of the Hurricanes going forward. Our ambition as a club is to grow the sport in the Midlands and by having such a prestigious venue as our hub, it gives a real focal point for the team, community and hopefully the region to get behind. We look forward to the growth of the sport and the club and see the stadium move as a key part of this as it gives us the infrastructure to grow the game within other areas such as women’s and wheelchair rugby.”